This post is sponsored by VELUX® and is a good excuse for me to share a little insight into our house renovation. 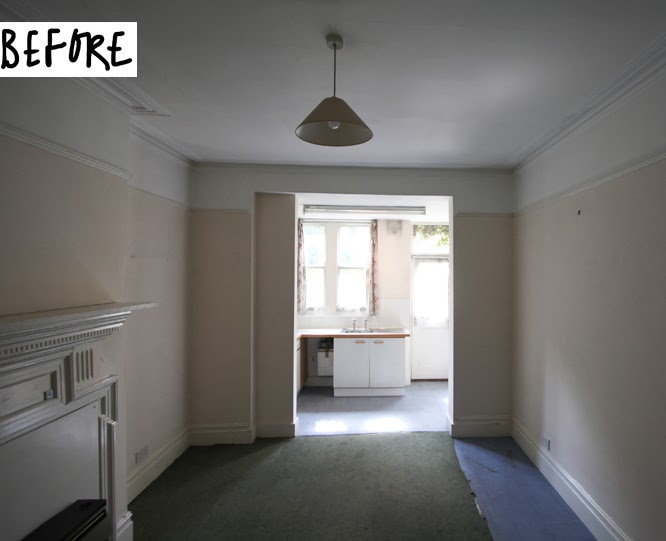 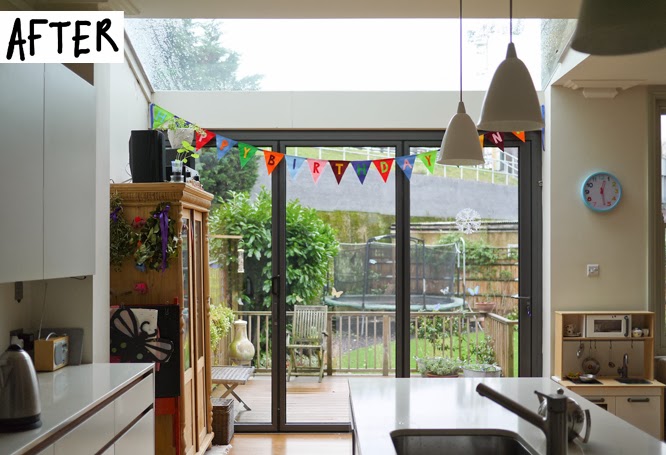 When I started this blog I thought it would be a great place to document our home renovation which had just started but somehow that didn't happen. Most of the things we were doing were not actually very photogenic, as much as I wanted to think about paint colours, beautiful fabrics and furniture we were actually spending a lot of time sorting out the bare bones of the house.
It was a steep learning curve. Our evenings shifted from sitting on the sofa tutting at the people going over budget on grand designs to researching heating systems and studying wiring plans.
We'd veer from feeling really positive about what a great house we were going to have to being completely depressed about the mountain we had to climb to get there.

Replacing all the windows in the house with new double glazed sashes was one of our big budget items and we also wanted to make our spaces as light and bright as possible so we'd be looking at online resources like the VELUX webshop to get prices and inspiration. There are still various projects we need to complete around the house and one thing we've been toying with installing is a VELUX Sun Tunnel - our friend - who was also was our amazing project manager when it came to our major works - has just installed one at his house for an ensuite bath room. It is such a fantastic way of bringing light into an otherwise dark space.

The biggest impact we've had on this house is in what is now our kitchen... and now finally, five years on from when our 'before' photo was taken I think I can show our complete journey.
Here is where we started... Two rooms that were just begging to be one.
You can just spot the fireplace that is now in our sitting room there on the bottom left of this photo.
Note the lovely lino/carpet combination. Not sure what that was about... and quite a lot of ivy trying to grow over the doors and windows.
The room on the left which is now the room that we were converting into our kitchen and family room felt seriously dark. It's hard to imagine as it's not dark now but a combination of mean windows, an overgrown garden and winter light created a dingy space that was pretty depressing. 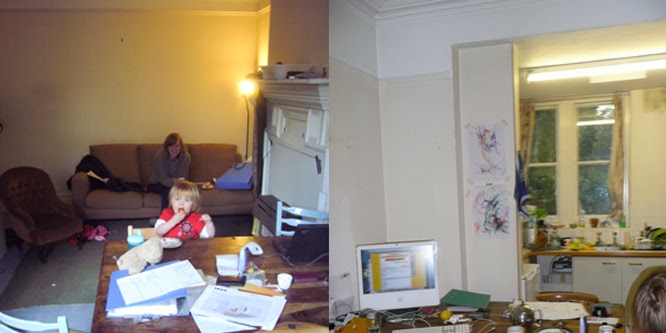 We lived in the house for a few months before we started major works. Coco was nearly two (in fact we had her second birthday 'party' in this room) and we had no central heating... we managed to stay until the beginning of December before we crumbled. We used this room as our kitchen/sitting room at the time as it had a working gas fire. It kind of felt a bit like camping. Probably because we were using a calor gas stove to do all our cooking on.
I know, we were living in chaos. Once we moved out and the work started walls and floors quickly disappeared.
Yep, that's me testing paint colours - ever the 'useful' helper! And really practical clothing... hmmm.
And the view from the other side... From the garden - poor house looked very sad with its window brackets in... but this shows the previous extension that we knocked down.... Hugh fitted the kitchen, we had to move back in before it was all finished (so predictable!) this is us having a curry on our first night back in the house. Election day 2011, we came back to vote. We'd just had a weekend away, camping in Derbyshire, we'd all got colds and then I'd found out I was pregnant. Quite a week. That's Hugh down the bottom in the white hard hat... ...and then we just carried on living in semi-chaos while the floor and walls were finished around us.
Looking at this photo now I can't quite believed we lived like that with a toddler...

We did get things done gradually and by the time Henry arrived nine months later the room looked like this (although of course not normally quite this tidy). We lived with just the kitchen finished for about a year and then we had another push and got the sitting room done in time for Henry's first Christmas 11 months later.
The photos above were taken in January 2011. You can see we were still missing the fireplace and hearth tiles; which we only just (almost) finished this year when Hugh added the shelves into the empty void... we've also done a few other things -  changed the door into the room, installed a splashback for the hob, painted our blackboard wall, bought our toy cupboard, added our plate wall moved the sofa and put a load of pictures up...
Quite a bit of tweaking... and a lot more clutter!
I tidied up for you and took some photos last week... (and reminded myself just how hard it is to get decent interior photos). 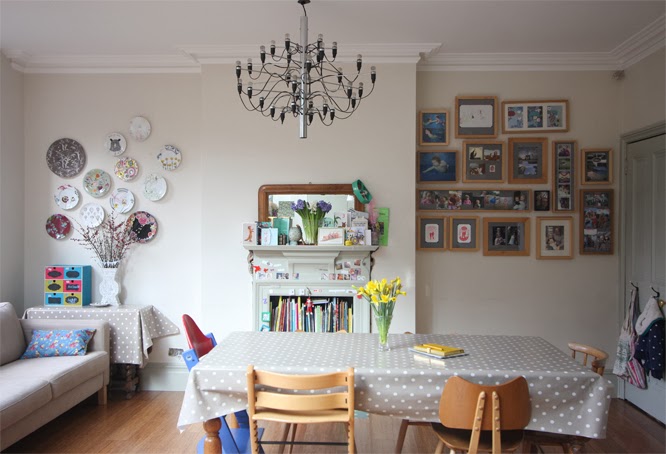 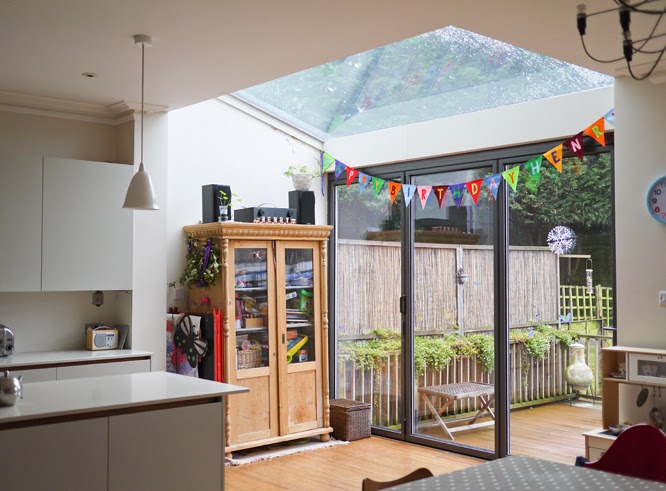 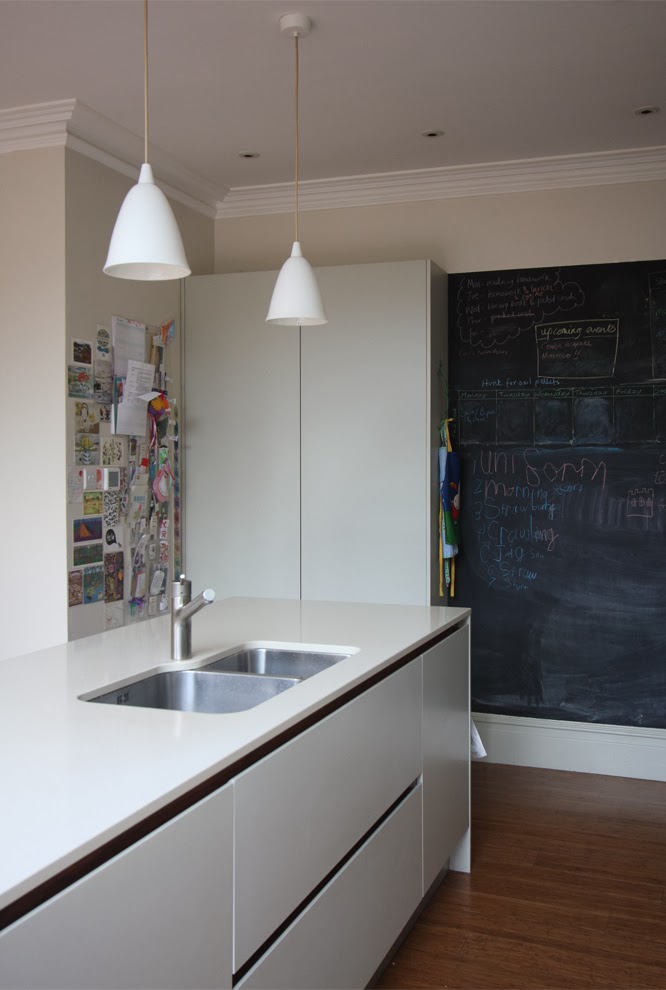 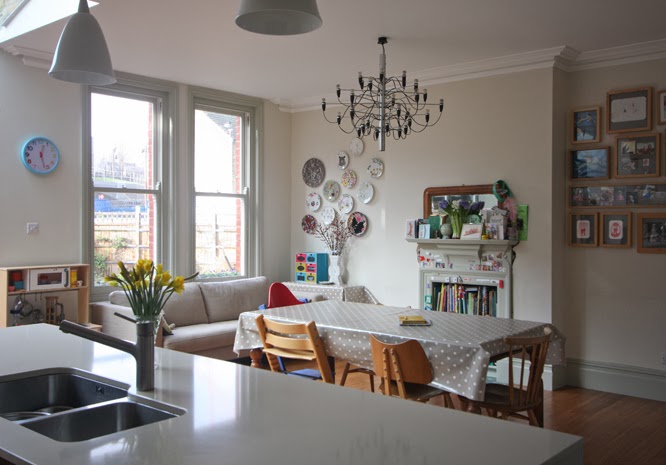 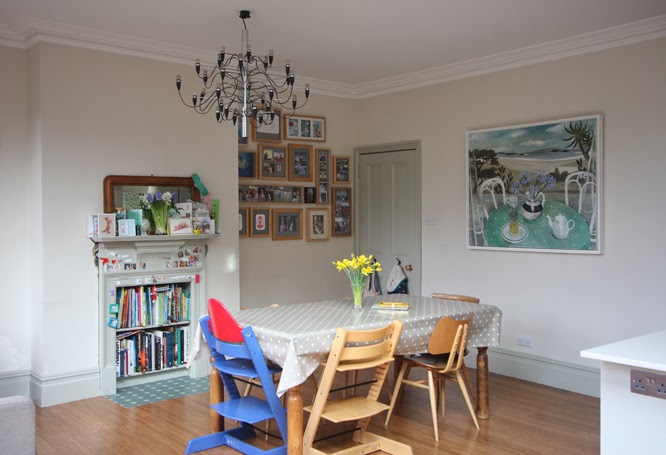