It's been ages hasn't it? Unfortunately updating this blog fell to the bottom of the pile while I fought off a particularly persistent virus - seven weeks of feeling pretty ropey - and then straight into the Easter holidays and two small people to entertain everyday meant that I was lying exhausted on the sofa every night... I've watched more telly in the last two months than I normally do all year I reckon.
I've mused a million blog posts in that time and have even started writing a few. But now they all seem, well, so out of date. So instead I'll just start with this weekend... 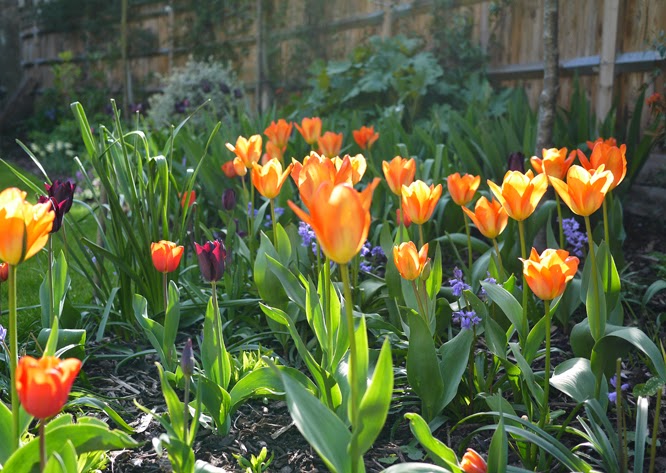 It's been a gardening weekend here... having expected rain we were pleasantly surprised yesterday when the sun shone pretty much all day and we spent the whole day pottering, potting, planting... you get the gist. 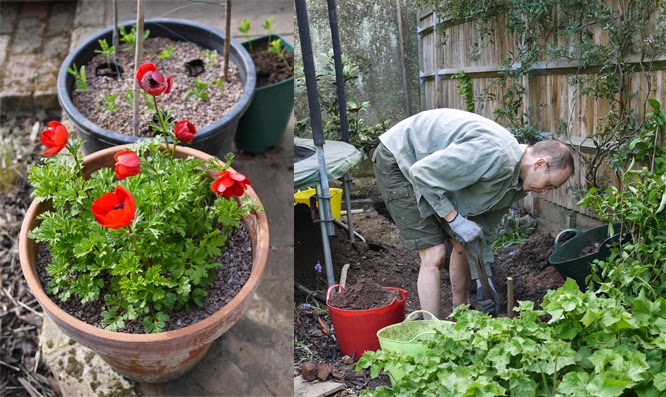 I potted up seedlings and did a few odd jobs... Hugh got on with some back breaking digging - he is building a raised bed at the dark end of the garden where we hope to have some lush shade loving plants rather than a rather shabby looking mess... 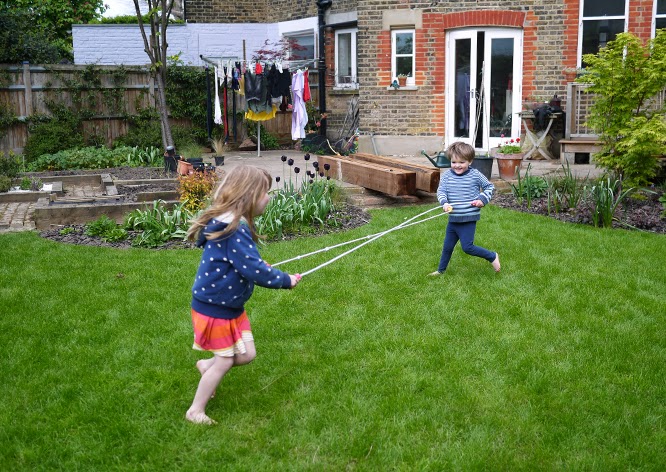 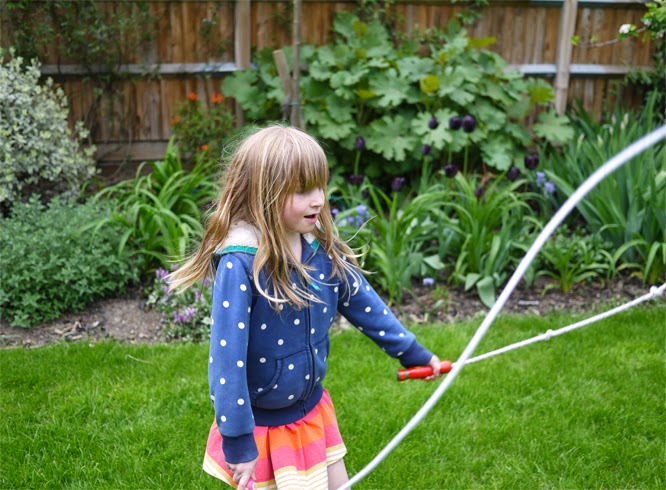 As the scents of bbq's started to fill the air we headed off to Franco Manca for a typical Saturday night out with the kiddos, cycling home gently post a bottle of wine in the disappearing light, exhausted from a day of activity (well, I went gently, Coco decided to cycle like a demon) and then tucking tired children into bed, it was a pretty much a perfect day. 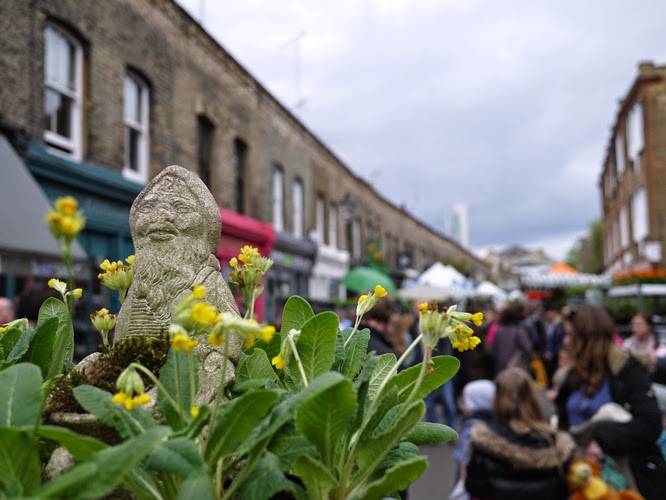 With rain forecast again today we thought it would be great to head to Columbia Road to get a few plants to fill some holes; but the sun shone again, a mixed blessing - it bought out the crowds but of course it was nice to be able to meander a little, enjoy a coffee and bacon butty and watch the buskers. 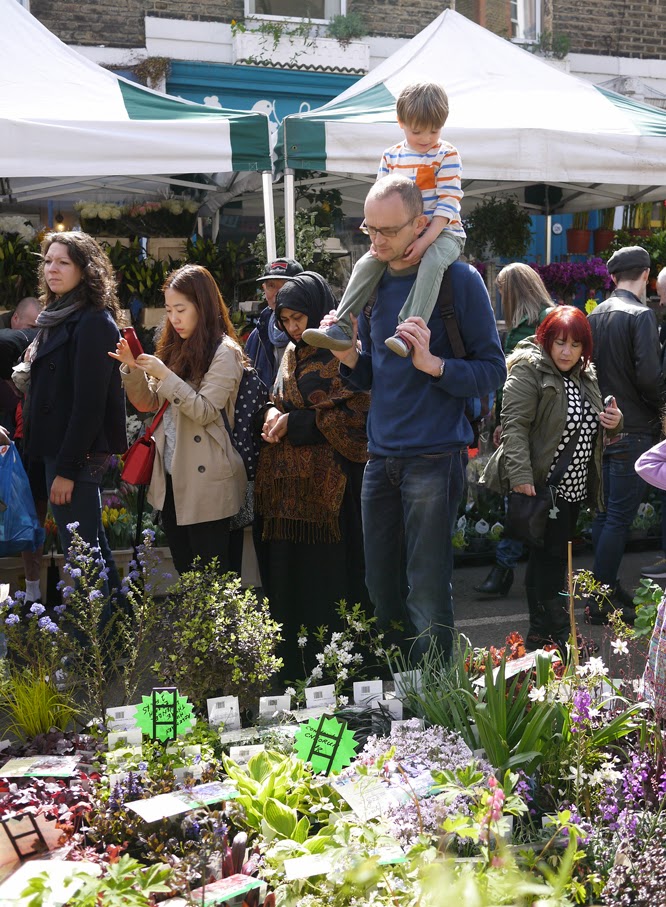 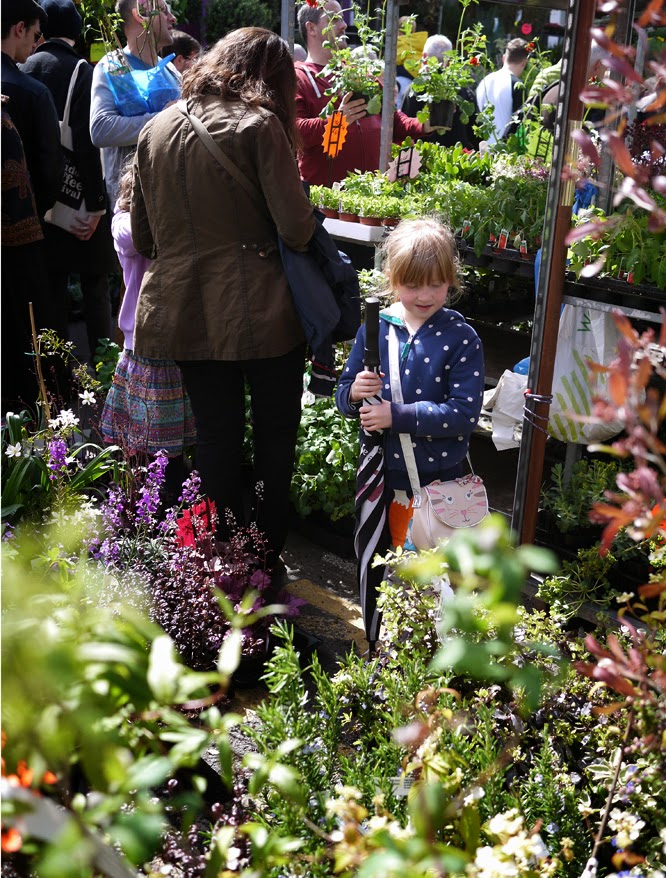 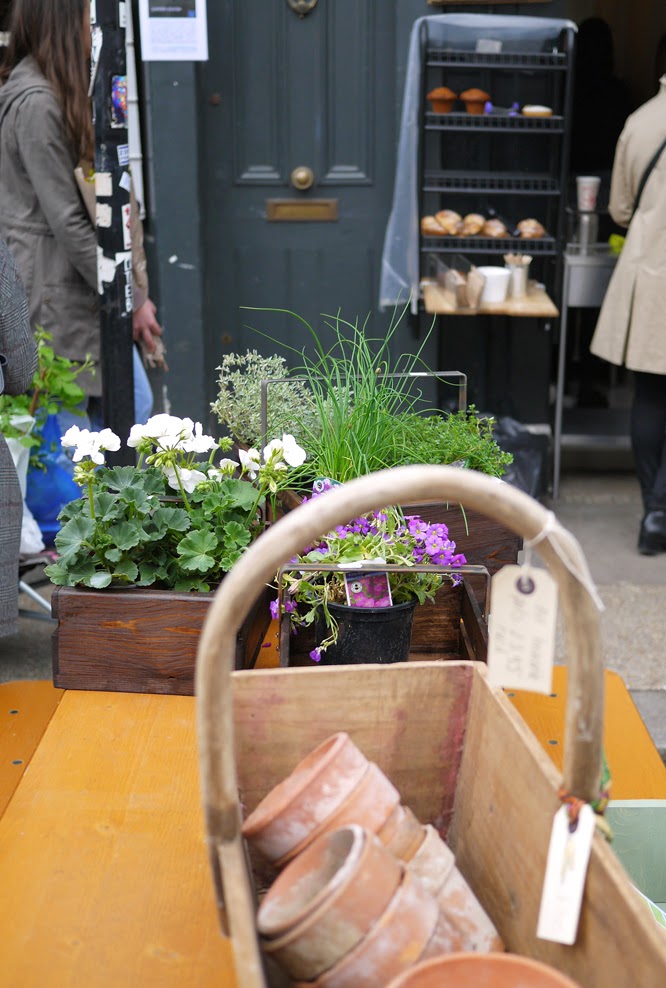 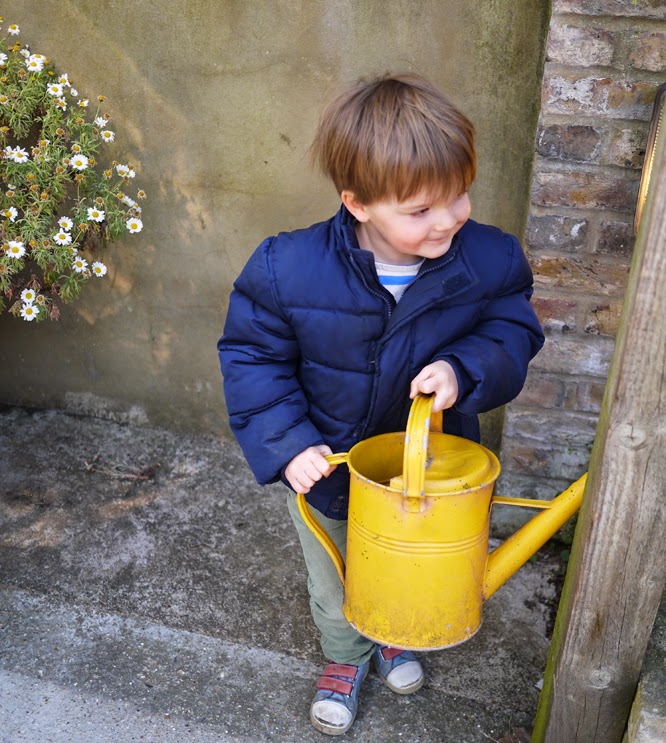 Henry managed to find this watering can, the boy is obsessed with water. Still. Look at that face, he was so pleased with himself. 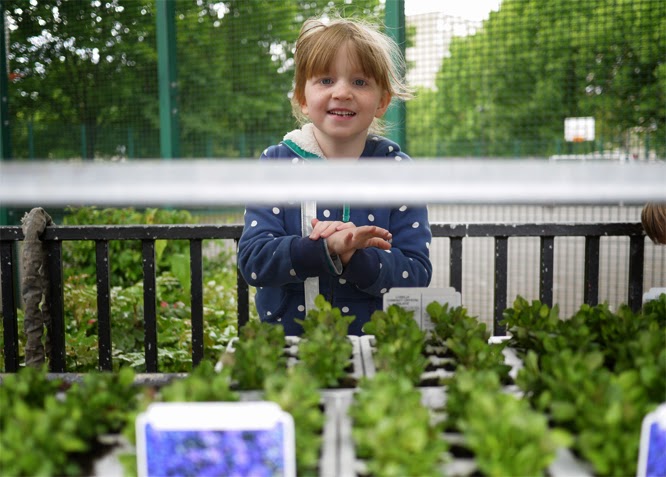 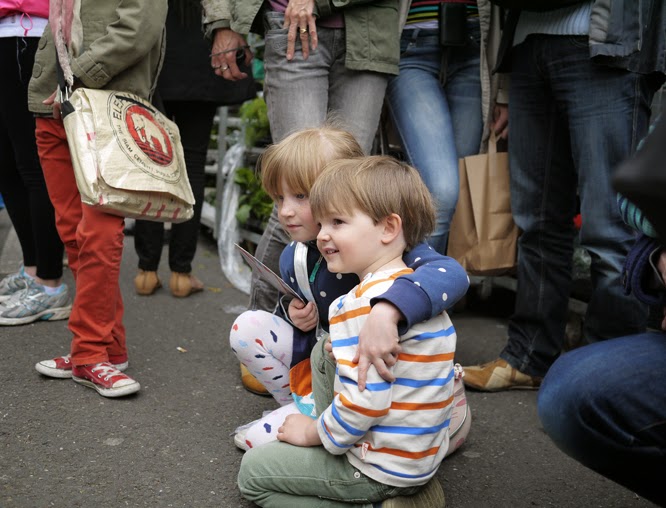 Settling down to watch a rather good band...

We came home with some french tarragon, six bare root scabiosa which looked half dead but have been potted up and will hopefully magically come back to life and a couple of six inch tomato plants to give us a head start as the tomato seeds I planted are currently only showing their seed leaves.

In other not-very-exciting garden news...  inspired by @fionahumberstone's instagram feed last summer which was full of dahlias and sweetpeas I invested in some dahlia's this year in the hope that I'll be filling vases with blooms from the garden... (like Lou over at little green shed I love the idea of having a cutting garden) any day now and I'll be a proper grown up.

Right, now I've started again - hopefully I'll be back to my super-regular (haha) blogging schedule.... see you soon!
Posted by Alexis at 23:07 No comments: