Putting the Kids to Work

So it turns out that in this household sometimes the recipe to a harmonious afternoon is actually putting Coco and Henry to work.
We had a load of fire wood delivered. A sack full in fact, that had to be craned off a small truck (much to a small boys delight) and on to the pavement outside our house. After that it could not be budged. When we got home from collecting Coco from school we set to work in a chain gang with trugs to unload the sack and then shoot the logs down the old coal hole and into storage in the cellar. 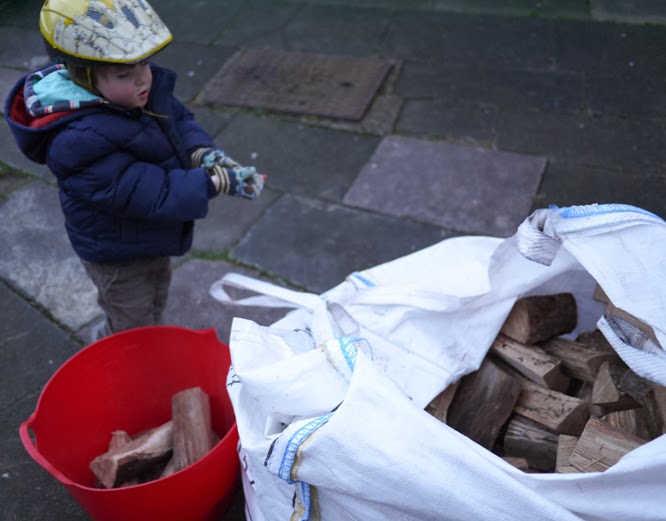 The sack - this is about half as full as it was to begin with. 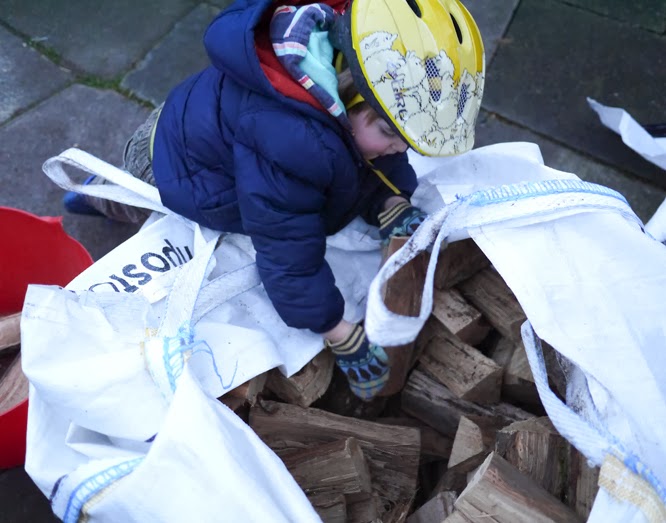 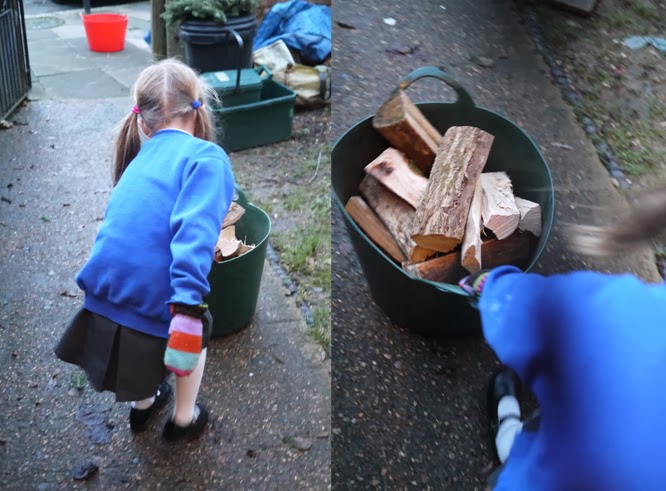 Getting down to it... Henry kept almost falling into the logs trying to get a particular specimen out while Coco enthusiastically dragged the trug up the garden path... 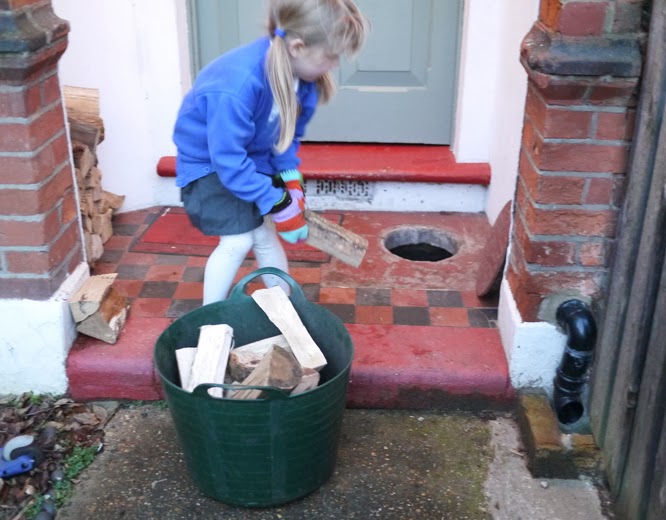 ...and then emptied it into the coal hole, undoubtedly the favourite task.
Meanwhile I was running up and down to the cellar to clear log pile ups... and of course trying to document the action (be it a bit badly in the fading light of the afternoon). 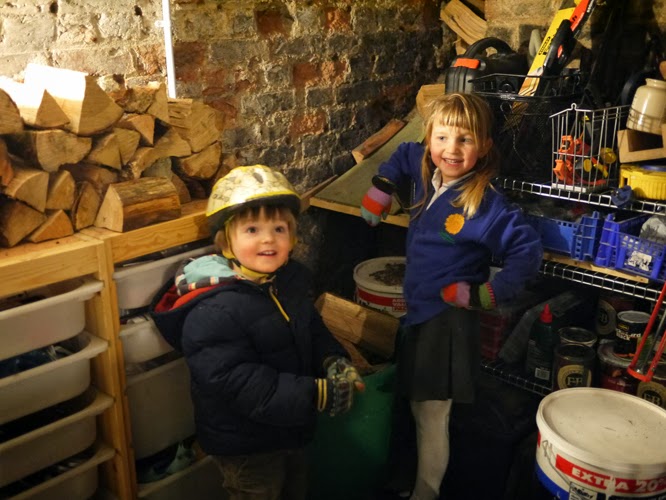 The workers in the cellar.
I think the fact that Henry insisted on keeping his helmet on - which he normally hates -  and Coco's gloves + hand-on-hip pose add to the worker vibe of this photo.

It was a job well done.... and when we were finished lit a fire and had a well deserved snack.
One afternoon of no moaning and no tantrums.
Planning what I'm going to put them up to next as I type.