It's been a slow and gentle start to the year here. No big resolutions, but a few changes that are forcing a slightly different routine and for me the opportunity to do a lot more.

Henry is now at nursery every morning. So for the first time in what feels like ever I have time. Time I've been longing for; but of course, you have to be careful what you wish for.
My first couple of mornings without Henry I felt such a cocktail of emotions, I had time, PMT, the weather was dire and the house was a mess after two weeks of Christmas chaos plus I had an unrealistic to do list that was (is) so long. Not a great combination.
I couldn't even blog.

But after a few days of clear skies and a great weekend celebrating Henry's third birthday I'm feeling better and back in control. I did some really good tidying too. You know the drawer of dread (I'm sure everyone has one?) the dumping ground for all sorts of essential delights, lost components and things which don't really belong anywhere, well ours was overflowing and I tidied it. A sort of physical manifestation of tiding up my head.
I even showed my new tidy draw to people. I don't think they quite understood the significance. Anyway. I feel better.
And ready to blog.
So here we go, the first four portraits of the new year and the new 52 project. 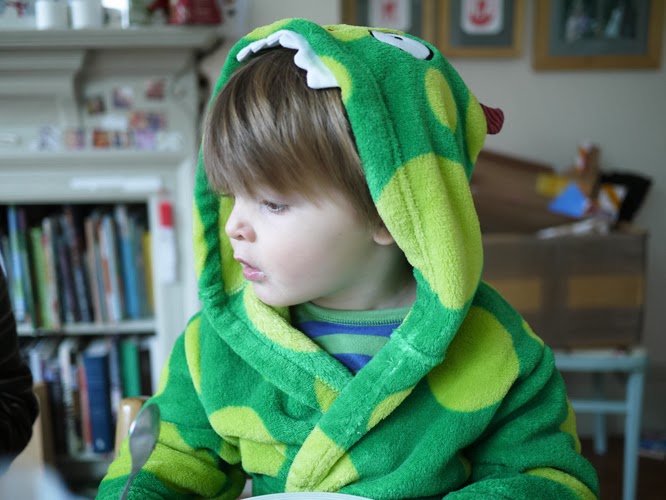 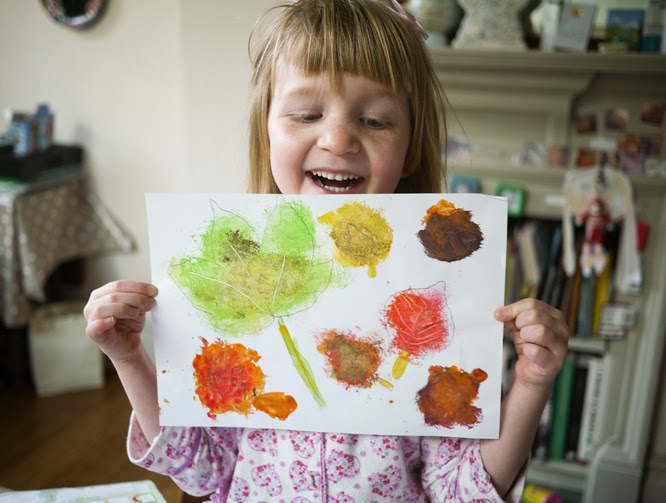 The beginning of the year - hanging out in dressing gowns and pj's.
We sorted through some of Coco's art, it's photographed and now in the recycling bin (and Hugh cut her fringe)! 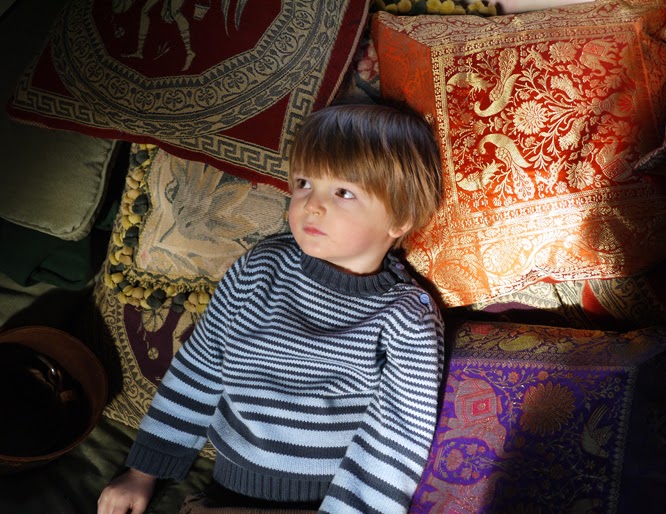 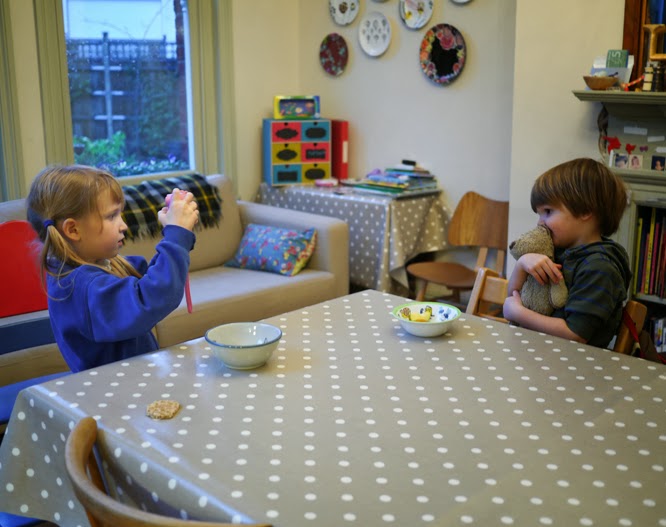 Henry - relaxing on a pile of cushions at my God fathers house. We took a little day trip there last week before he started at nursery.
Coco - making Henry sit still and hold Teddy for a photo. Hmmm, a bit like looking in a mirror this one.


Taking one portrait of each of my children each week for 2014
Joining in with Jodie at Practising Simplicity.
Posted by Alexis at 11:02