A post in celebration of book week - a bit late - as normal!
If ever there was a good excuse to have children it's so you can get to enjoy all the great children's books out there.
So many wonderful books.
Henry didn't take to books as enthusiastically as Coco did, but he is making up for lost time now and he very cutely gets obsessed with certain books at the moment (I kind of remember Coco going through this phase too). 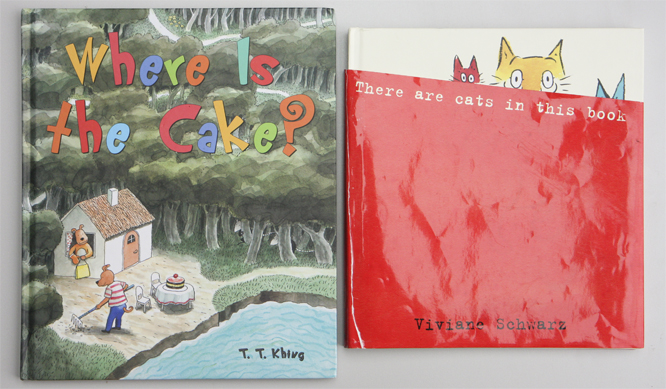 Where is the Cake
We originally bought this book for a friends little girl when she was going through a cake-obsessed period (oh, yeah, we've had that phase too), and even though Coco was about two months old I ended up buying a copy for her too as it's so beautiful. 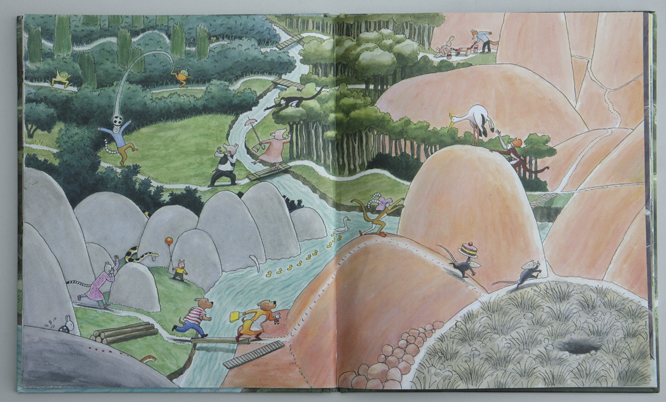 I'm very happy to 'read' this over and over again. Especially as it has no words - so you can read it very slowly or very fast. 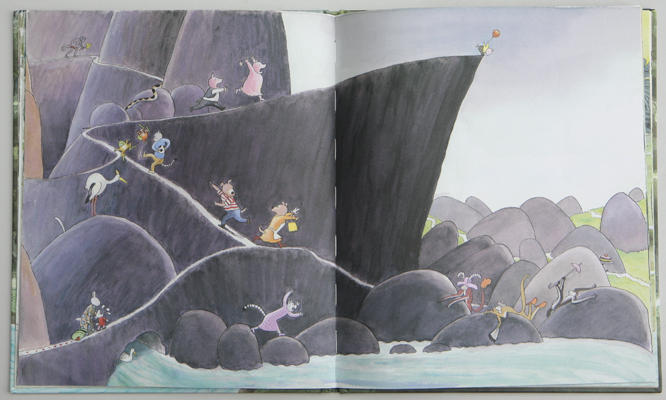 There is so much going on in each page and so many little sub-plots, we are still discovering new ones even though we've had the book for over five years now. As Hugh said to me the other day "Have you followed the turtle yet? It's a good story - a heart-breaker!"
Surely that's enough of a teaser to make you want to buy it? 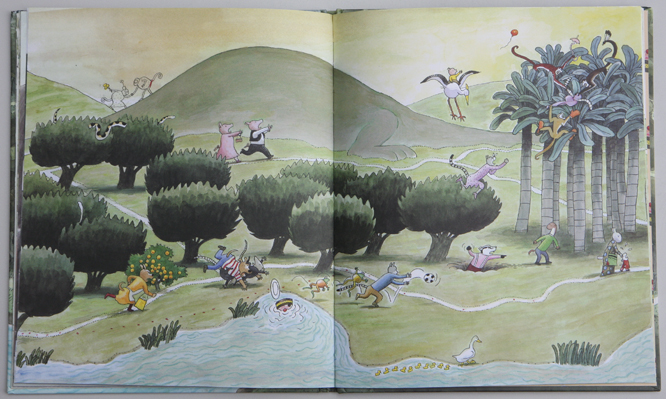 I love that Henry always demands that I "read it, read it".
"No words Henry, Mummy can't read it"!

There are Cats in This Book
I'm so happy that Henry likes this book, as I think it's gorgeous - I've given it to a lot of other children (I think I bought about 10 copies at once for my present stash). 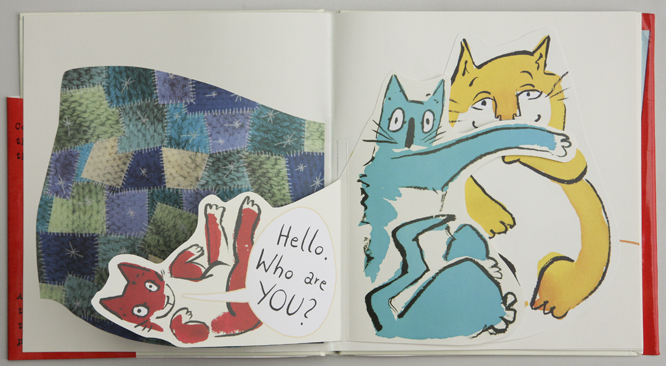 There are three cats in the book - and they want you to help them find adventure. 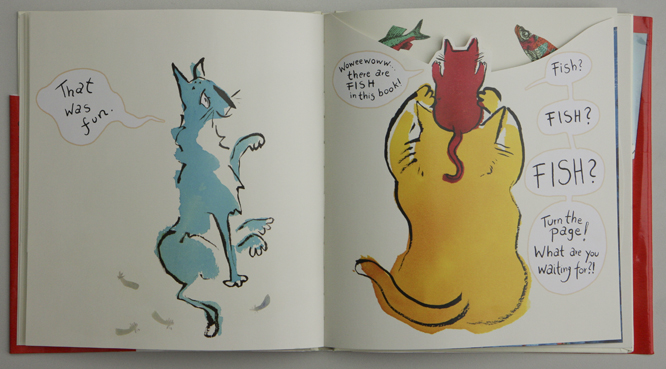 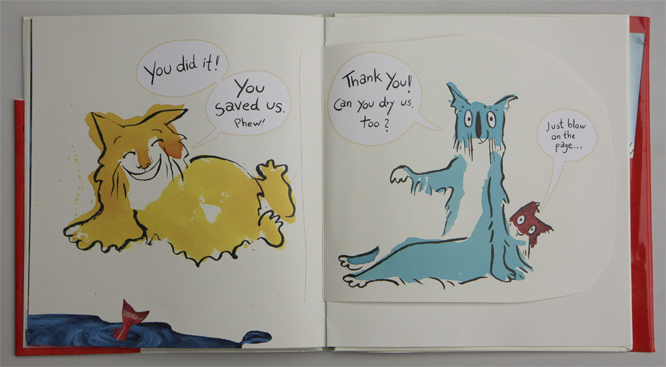 When they get all wet from trying to catch fish they want you to help dry them and Henry dutifully blows on the page. So. cute.
Viviane Schwaz has a blog and has just bought out her new book (today!) which is what prompted me to write this post (something I've been meaning to do for a while).

If you want or need more inspiration for books for a two year old here are a few of the other current obsessions.
1) Miffy - he likes my old Miffy books (in fact he cut one the other day so was in my bad books). I used to love Miffy, she was the Peppa of her day I reckon.
2) Stick Man - I caught Henry 'reading' this to himself the other day. One of those moments I want to bottle up and keep forever.
3) Octopus Socktopus - This book has been through the wars - it's so battered, but that shows how loved it's been so I think it only adds to the charm, the eight wheeled octobus actually only has four wheels now, but as Henry can't count (1, 2, 3, 6!) I don't think he is that bothered.
4) Kipper - There is a page in this book where Kipper wants to sit on a lily pad like a frog. Only if you ask Henry what the frog is sitting on he'll tell you it's an ipad.
5) Each Peach Pear Plum - this is known as 'Pear Tree' and sometimes a request for me to read it is accompanied with a rough rendition of 'The Twelve Days of Christmas'.
Posted by Alexis at 15:08