She Rides Above It 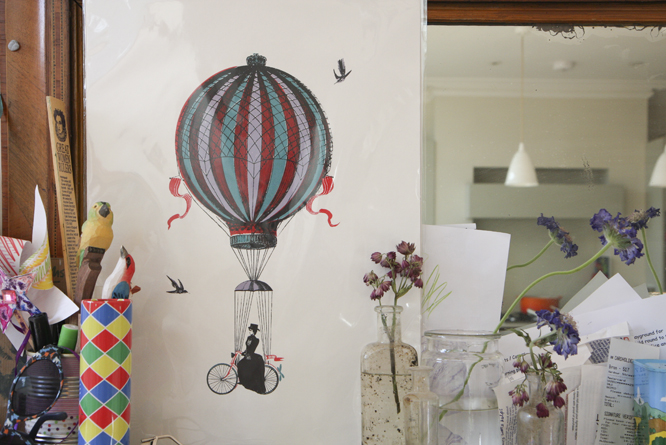 I've written about my good friend Emily and her lovely son George who sadly died at just 14 months old here before...

Well spare a thought for Emily over the next couple of days as she is cycling from London to Bristol to raise money for George's Foundation - a charity that her and George's dad Mark set up.
She will be cycling 60 miles a day, along with another two friends of mine, in this horrid September weather, carrying all their supplies with them on the bikes. If you can then please go and sponsor them here - or another way to help is to just spread the word about George's Foundation

This is what Emily wrote about doing the ride - I hope she won't mind me sharing it here with you:
"In the months after George died Mark and I did a lot of cycling, it was pretty much one of the only things that was OK for us at that time. We bought a tandem (called "Wiggo"!) on ebay and went around on it a lot. I lost count of the number of people who shouted out "she's not pedalling!" but I honestly was. The biggest ride we did was from home in London to Bristol; it was the first time I had ever done any long distance riding at all. We did it over five days, camping and carrying all the associated stuff with us. It was a big thing for us at the time and this is part of why I wanted to do this specific route again. It really means a lot to me to be doing it, all under my own steam this time but remembering that journey with Mark for everything that it helped us with at the hardest time of our lives."

Every time I think of the summer of 2008 when I used to hold Coco so tight, knowing that Emily couldn't hold George the tears just well up and sting. And each milestone that we reach with Coco - like her starting school, however hard it is for me to watch her grow, I know that it's so much harder for Emily and Mark that they can't see George growing.

The image is of a print called 'She Rides Above It' by Chase and Wonder which arrived today and is sitting on the kitchen mantelpiece while I decide where to put it (older readers may recognise it from my post about the Renegrade craft fair about a year ago).
Posted by Alexis at 14:56