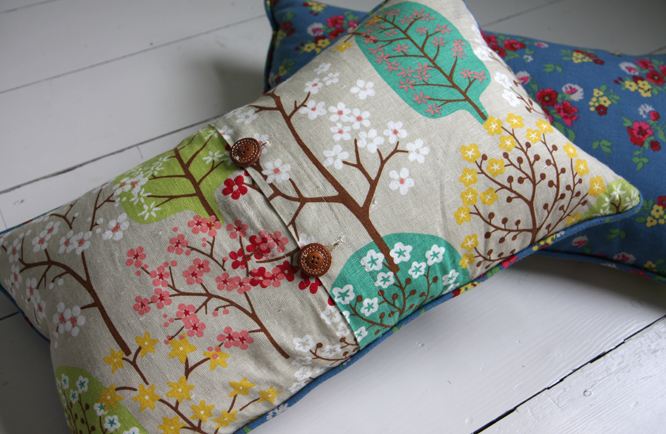 Way back in the mists of time - well about two years ago - I bought some beautiful fabric which was destined to be blinds for Coco's bedroom.

In my pre-Henry nesting phase I (slightly madly) joined a sewing club. The main aim was to learn to make blinds, which I did. But I got strangely addicted to the place, it was a sitcom waiting to happen with it's fair share of clichéd characters but also some genuine left-field oddballs and over the couple of months I went I got quite hooked in to their story lines. If only I was a scriptwriter. 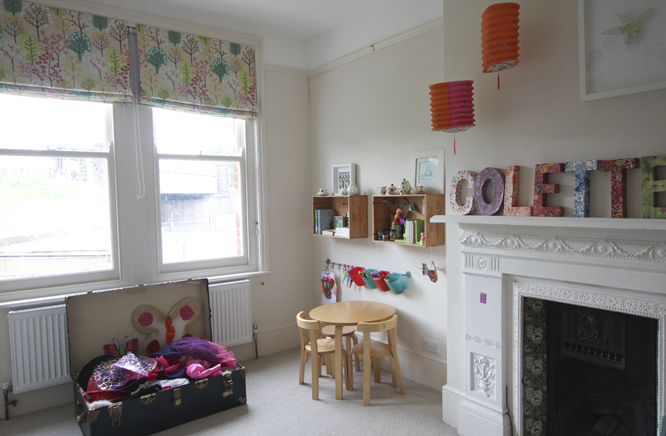 Partly to keep up with the gossip but mainly as I totally over-bought on fabric, once the blinds were finished I felt there was there was nothing for it but to make some cushions... 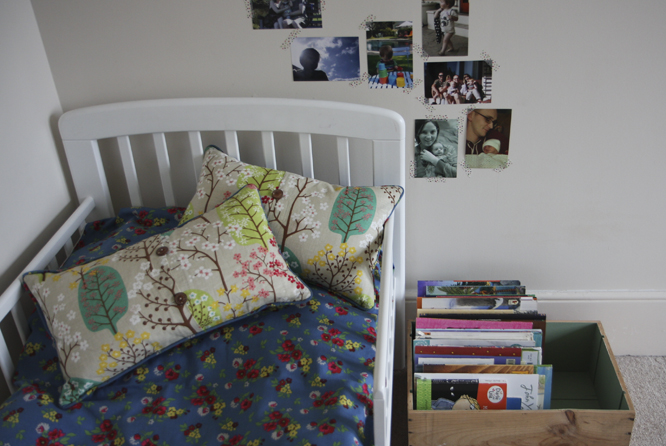 These ones were my 'practise' cushions.
Unfortunately they are also my only cushions. I haven't quite got around to making anymore. But they do have piping, yep, I sewed some piping. Not sure I'd be able to do it again...
They also have very over-priced buttons (£2 each if I remember correctly)!
The other fabric is by Designers Guild (which I got very cheap at their warehouse sale - makes up for the over-spend on buttons) it's possibly a bit too Cath Kidston-esqu but kind of works with the scandi trees too.
So there you have it, two decorative cushions which mostly end up on the floor or getting lost under a bed/sofa.

(As promised - this is one of my 2 year blog-anniversary 'something I made' posts - for the month of September I'm trying to do a few more posts about things I've actually made... true to my original mission!)
Posted by Alexis at 21:53

Labels: Homemade Stuff, My Home and Interiors Inspiration, Nice Stuff, Projects, something i made