At the beginning of the year I was thinking I'd like to try to do a version of my 7 things from 7 days post every week... they are good for me to look back on, but this being the first I've got around to doing seems to prove that I was maybe being a little ambitious so it looks like this will remain a rather ad-hoc series where from time to time I chart the to'ings and fro'ings of our week. 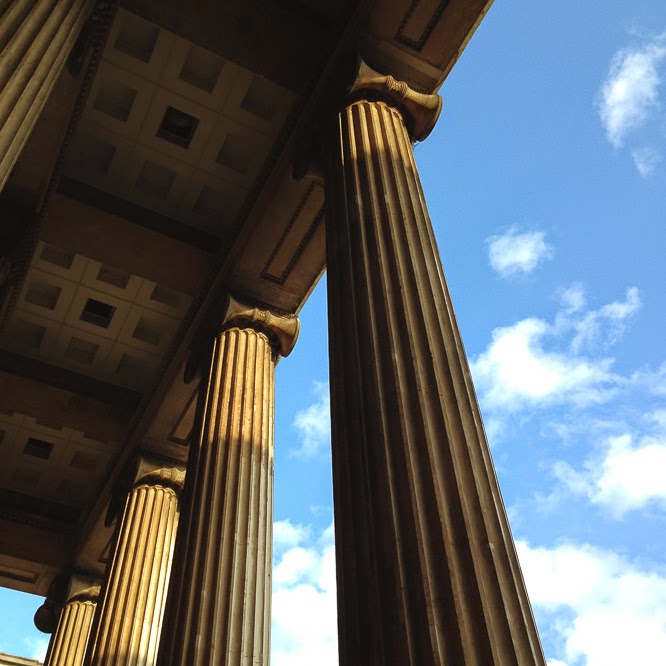 1/ Early in 2014 I wrote a list of which London museums/galleries were open late on which nights. We didn't make it to any but I liked the idea of me and Hugh going to cultural places on our own again... we nearly managed it on Friday night but not quite. Hugh went to the British Museum on his own - I met him for cocktails and dinner afterwards (at Berners Tavern which was distinctly meh, would not recommend anyone rushing off there... the Social Eating House nearby however, top marks). Anyway, I digress... 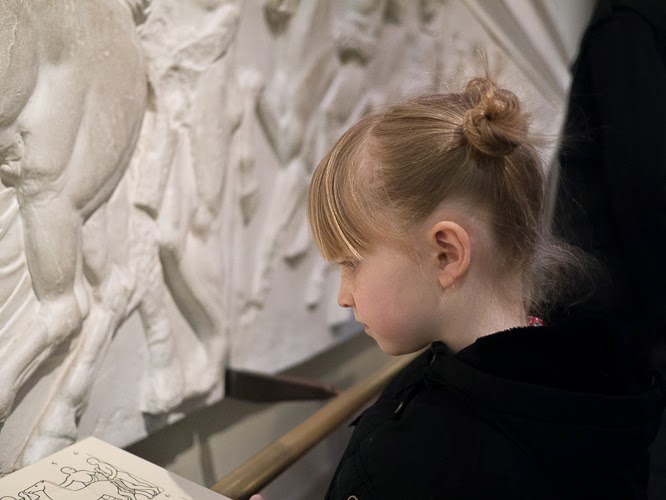 2/ Hugh's visit to the BM was partly a recce for a visit on Sunday en famille. He picked up a leaflet about kids trail of the Ancient Greek galleries which he then did with Coco. It was great having the trail beforehand so we could look at it on the way there. 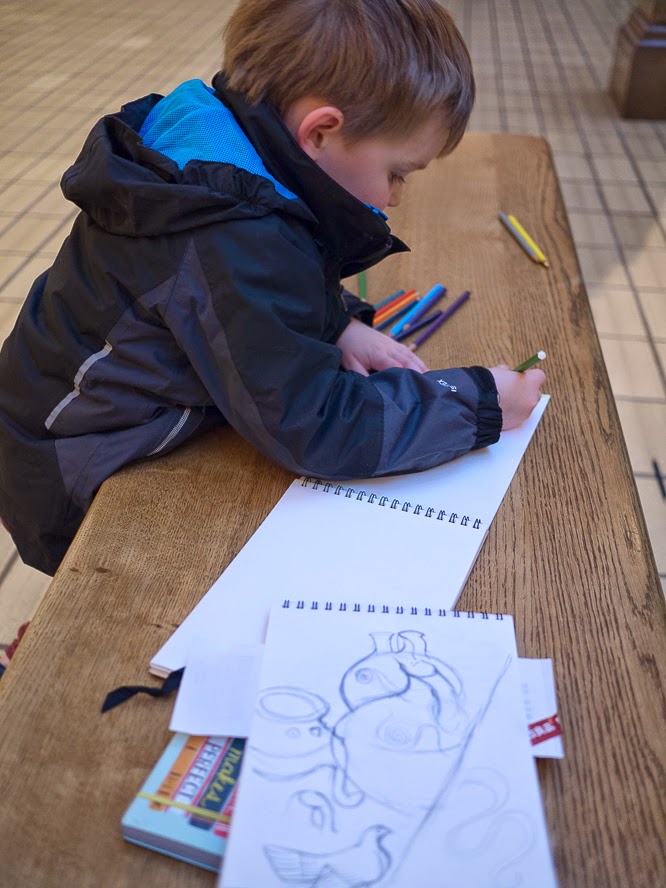 Henry is harder work in museums - but I gave him my camera to take photos with and then we settled down to do some drawing. I think seeing me looking and trying to draw some of the objects was quite an incentive for him to have a go, but I still think the highlight of the visit for him was the carrot cake we had in the great court. 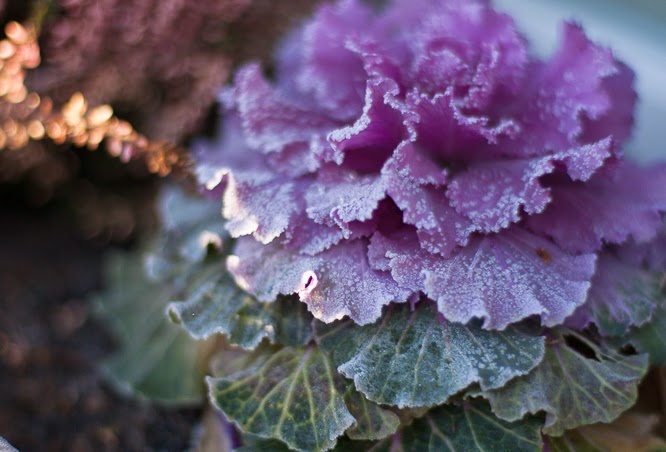 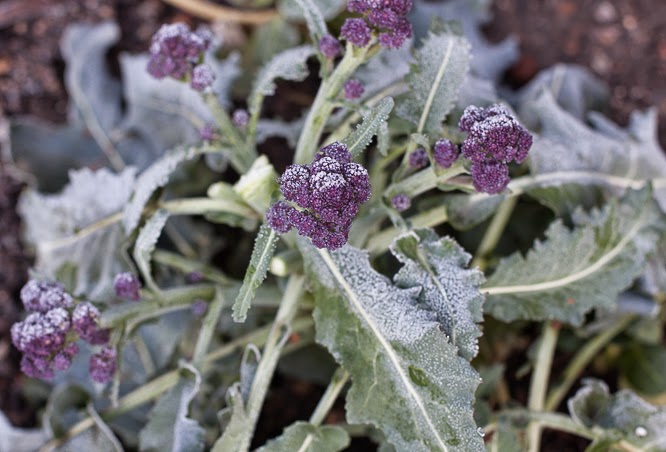 3/ Yesterday's hard frost was pretty spectacular... so I put my camera round my neck when I took our compost out. Our winter veg is a bit on the weedy side (leeks not even as thick as pencils yet) but the purple sprouting is on it's way - in fact we had our first bowl full last week. 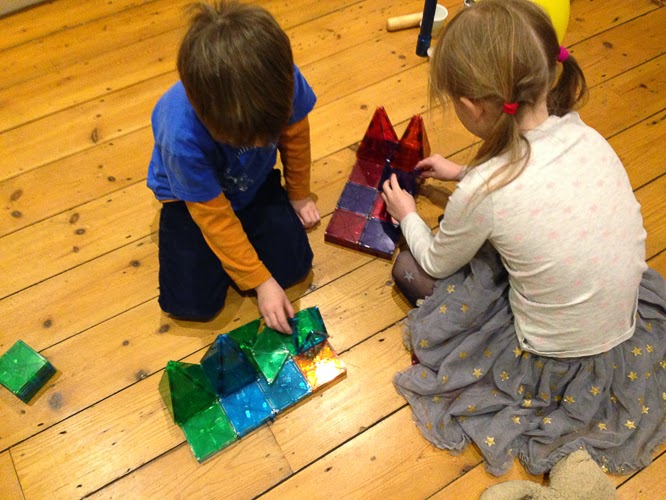 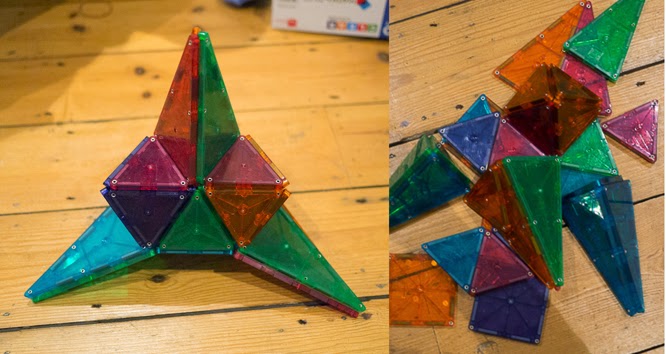 4/ I'm currently feeling very thankful for these magna tiles that my parents gave to Henry for his birthday - both children have been playing with them non-stop. Structures have been whizzing up at a pace and then being converted from rockets to boats to thrones. Since the holidays (and a couple of sick days for Coco since) these two have been playing a lot more happily together and in the last week pretty much all the games have included the magna-tiles.
It takes a lot for me to recommend a plastic toy - so take note people! 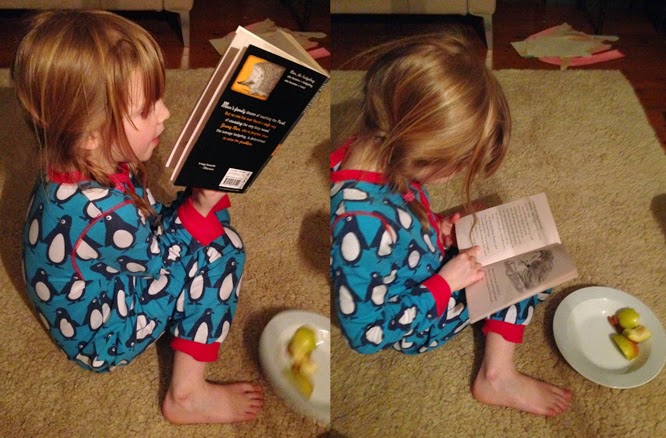 5/ In efforts to embrace and enjoy January we've been making the most of our open fire - this was early on Saturday evening, children in pj's snacking and reading. How wholesome are we!? (Incidentally I've got a post on books for early readers coming... I just keep adding to it... but in the meantime any recommendations for good reads for 6/7yr olds would be gratefully received!) 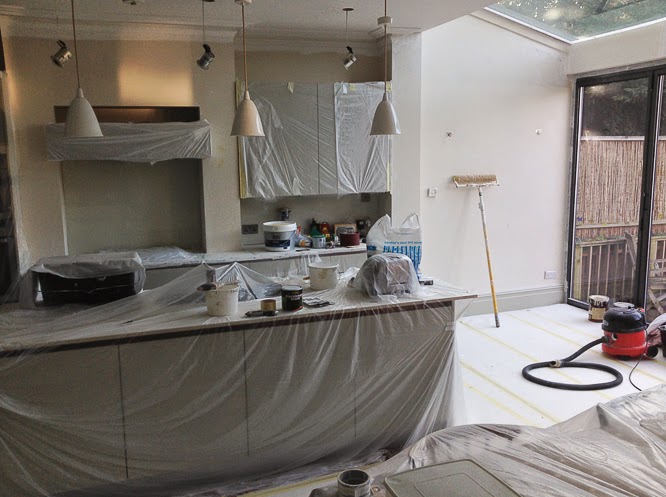 6/ This is happening in the kitchen.
We had a leak about 18 months ago which damaged the plaster and finally, FINALLY it's been 'made good' in fact, made better than it was originally. We also thought it's about time the kitchen mantlepiece got properly filled and fixed to the wall. Why did we put up with holes around our fireplace for 5 years? 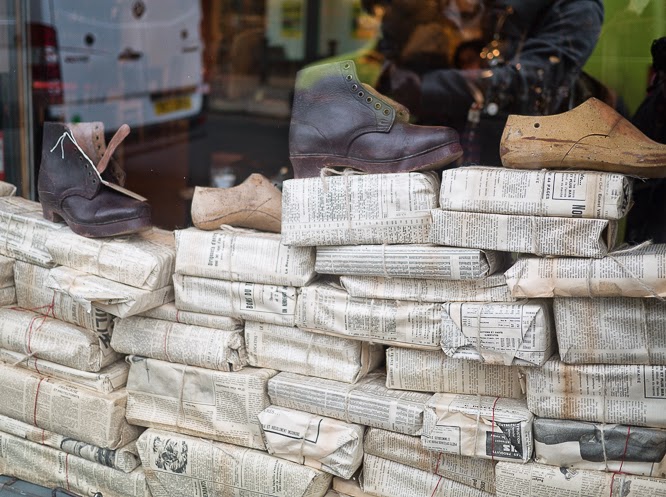 7/ And today, after a couple of failed attempts last year Leigh and I met up for a coffee at this great little place in Forest Hill. It was so photogenic and I completely failed to take full advantage... which just means I'll have to go back soon.
Posted by Alexis at 23:39