I love seeing a #shelfie... Seeing how people arrange small spaces, the items that they want to display, flowers and vases and trinkets. I'm not adverser to a few trinkets or clutter... although I also love simplicity and minimilism; I'm a bit schizophrenic like that. 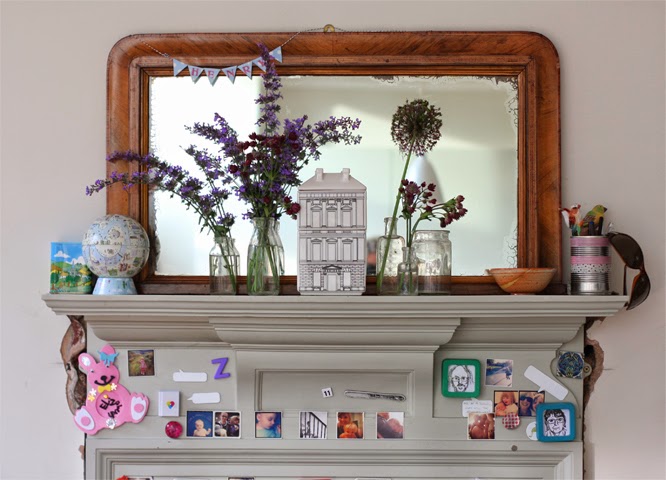 Over the last week I've seen a few people putting so called #shelfie's on instagram as part of some competition, so a bit late in the day I googled what it was all about and it turns out it's a competition... that ends at midnight tonight. Ah, a short deadline, nothing gets me going quite as much as a short deadline! So I decided to join in with my own shelf photo. 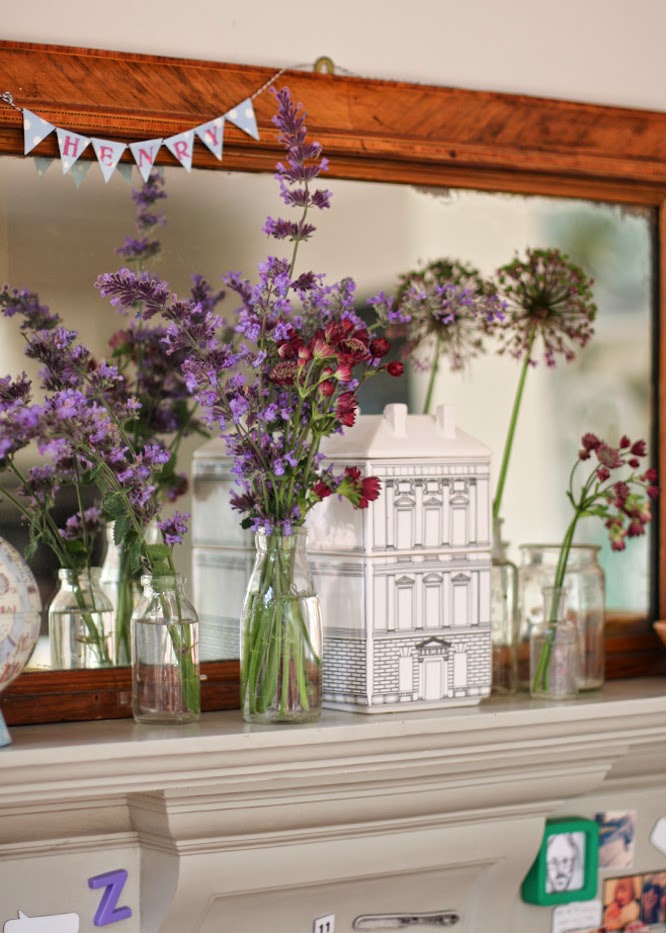 I've featured our kitchen mantlepiece here many times; and this time will not be the last. It also needed a good seasonal clear up - so here it is spruced up and accessorized with a few blooms from the garden kindly hacked picked by Coco. 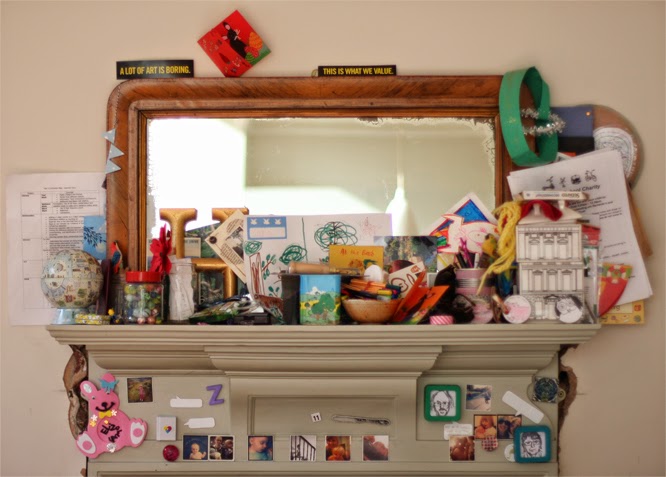 This is it about half an hour before the top photo... even though I hate that it's often such a mess I also vaguely dread the day that it no longer has the felt-tips and marbles and random bits of lego and nit letters from school all piled onto it; because when that day comes our children will (hopefully) be adults themselves, or at least not wanting to be hanging out in their parents kitchen. I have this horrid affliction where I'm already nostagic for the time that I'm living in (and not nearly as happy as I should be being in the middle of it). 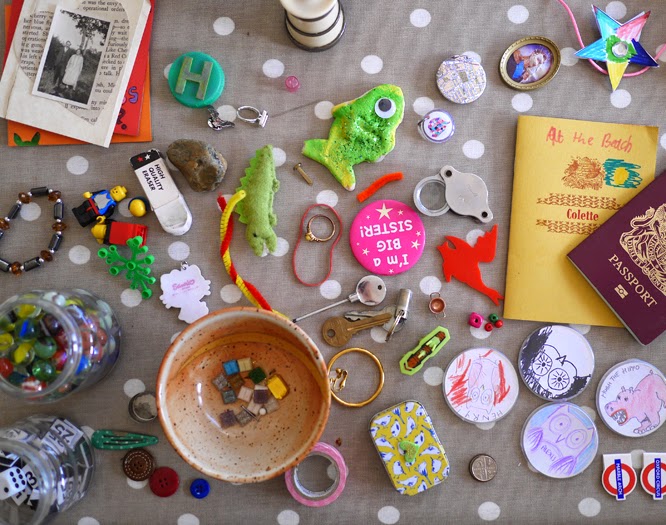 Look at this random assortment of stuff... what do you do with all the things that accumulate in your house, from the buttons to the children's artwork to the lovely home made cards? There's a stone on the top left that I found in Henry's pocket one day; I'm even slightly attached to that - and that 'big sister' badge has been kicking around the kitchen for the last three and a half years since Henry was born.

Now I'm off to the Victoria Plumb website to see what my interior style is... (it's part of the competition y'all)
*short interlude*
Ok, so apparently I'm quirky-cool, exactly like someone I've never heard of (Jess or Nick from New Girl... I'm so out of the loop).
Wow taking a quiz on a Friday night reminds me of being 14 and hanging out with my friends doing quizzes from Just 17 magazine.
If you fancy having a go click here - and you could win £250 of John Lewis vouchers - something the 14 year old me wouldn't have been too excited about, but yet here I am with a pretty extensive shopping list forming in my head - kitchen aid and camera lens if you must know... or bedding, we could do with a new duvet cover, or maybe some new glasses; was thinking kitchen glasses but come to think of it I could do with some sunnies. Oh decisions decisions and I haven't even won anything yet!

Oh well; at least it all spurred me on to have a clear up, and I've finally thrown away the badge!
Posted by Alexis at 23:34