From Disaster to Eton Mess

On Thursday's Henry does cooking at nursery. It's 'cooking' in the loosest sense of the word and today they made Eton Mess.
It was almost impossible to stop him eating it as soon as we left nursery and it took all my best Mummy-negotiating skills to get it home in tact; but after lunch Henry literally ran to get it from where we'd left it in the hall only to end up spilling it everywhere. Not quite sure how he managed it but it went all over the rug, into the shoe basket and on his t-shirt... as you can imagine a three and a half year old did not take this calamity lightly. 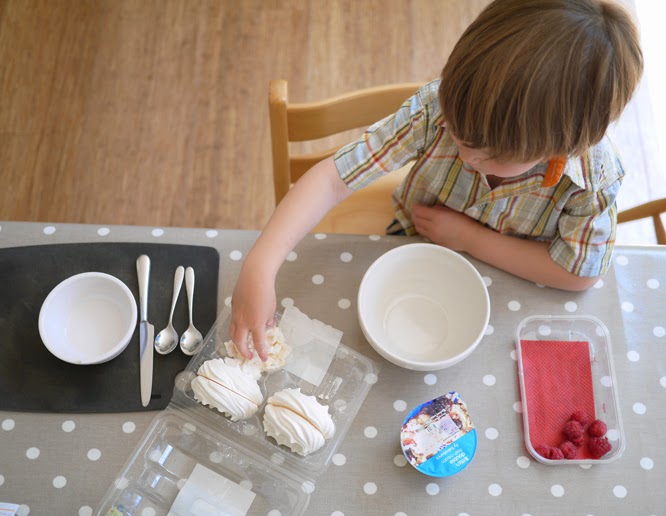 But... by some wierd sort of miracle we actually had pretty much all the ingredients to make another Eton mess to hand (thought it best to overlook the fact that the meranges were almost six months out of date)... so we made a new Eton mess... 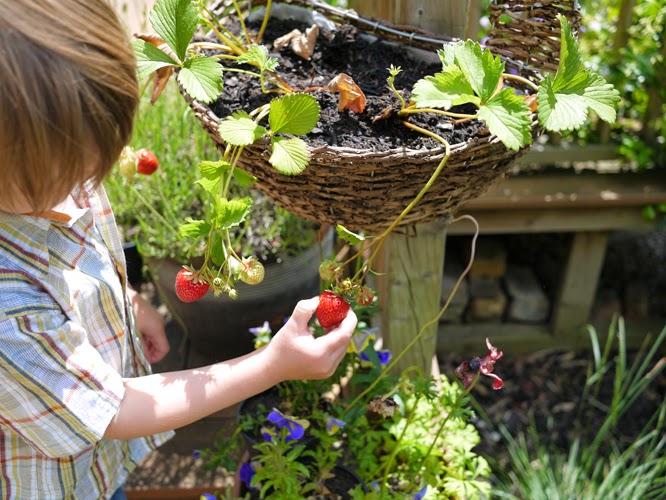 and even better we used a grand total of TWO ripe strawberries from the garden. 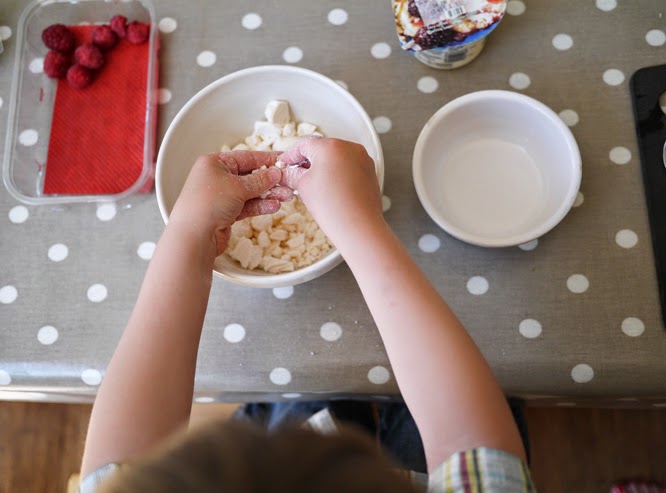 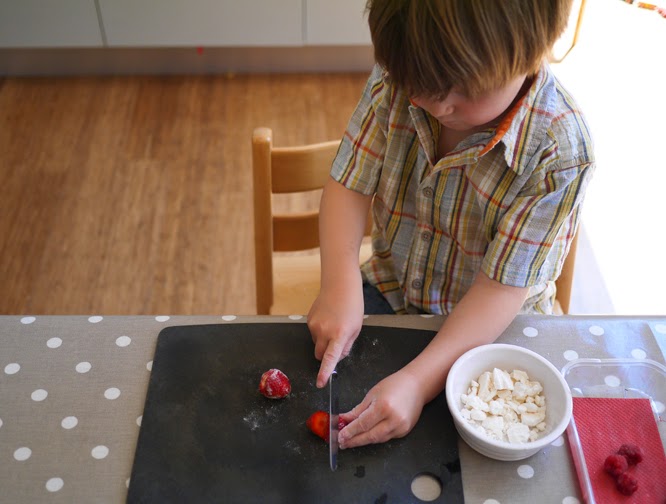 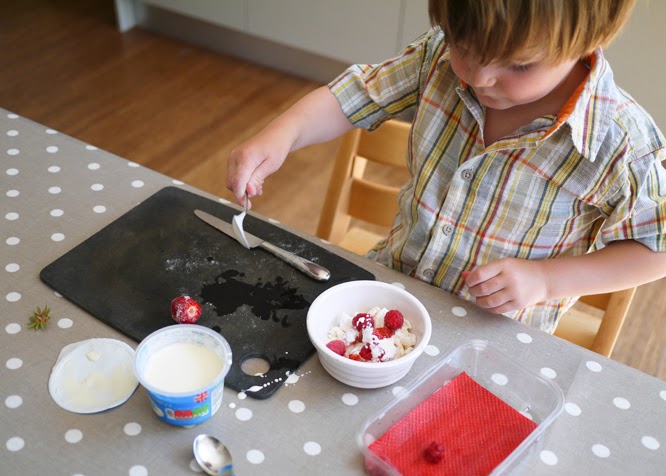 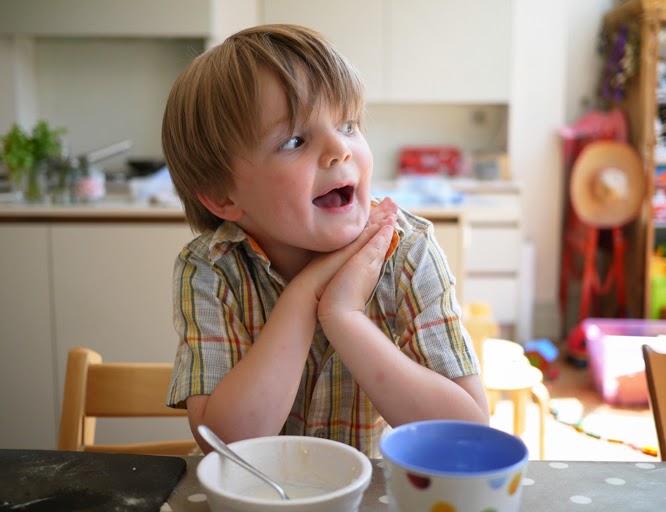 After he'd finished Henry tried to tell me all the reasons he could think of why he should make some more... 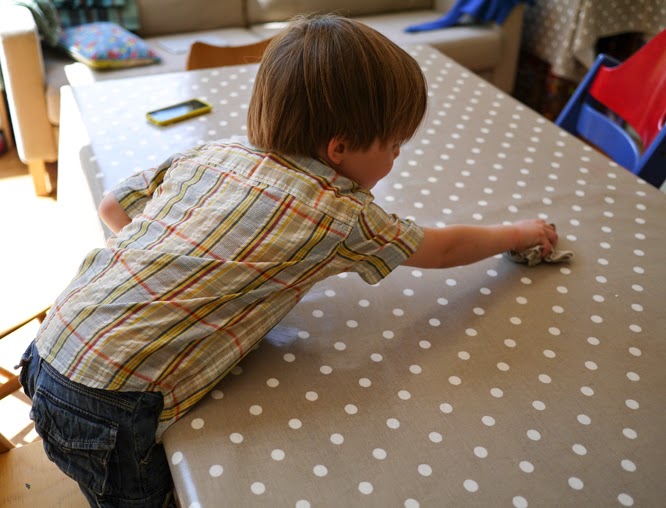 I just got him to clear up instead though.

This turned out to be a great little cooking activity - quick and easy and most importantly pretty yummy.
If you like Montessori style activities like this then check out Abigail's blog - she is doing a series on activities she does with her little boy Theo.

This hurried blog post is bought to you thanks to the fact that it's SUNNY (hooray for summer) and Henry is amusing himself with water in the garden, although I'm slightly dreading going out there now to see what mess he's managed to make now...
Posted by Alexis at 15:04