For the last Friday of half term we dumped the idea of a family day trip to Brighton in favour of an outing to Kings Cross.
Let me explain:
The weather wasn't looking promising for Brighton and my main objective in going there was to browse interior shops with Hugh. Coco thought we'd be on the beach with ice cream. Somehow I don't think either of those dreams were going to come true so instead we stuck to London and did a few different things to suit everyone.
The overground train (for Henry especially - he is so easily pleased), the interiors shops of Islington for me & Hugh, some great street food for everyone and fountains and fountains of water for Coco & Henry... 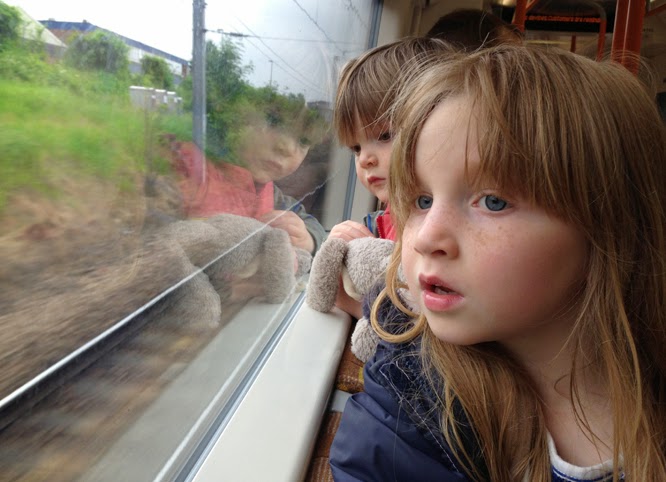 On the train... we love the overground - our quick link to the north or east of the city (we lovingly refer to it as the ginger line, or the secret train; not that it's at all secret). 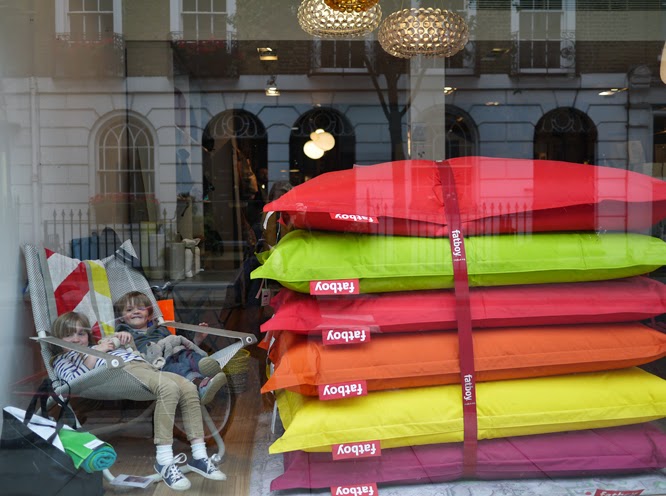 Henry and Coco relaxing in the window of Aria... Hugh and I meanwhile were on our never-ending search for a new sofa. 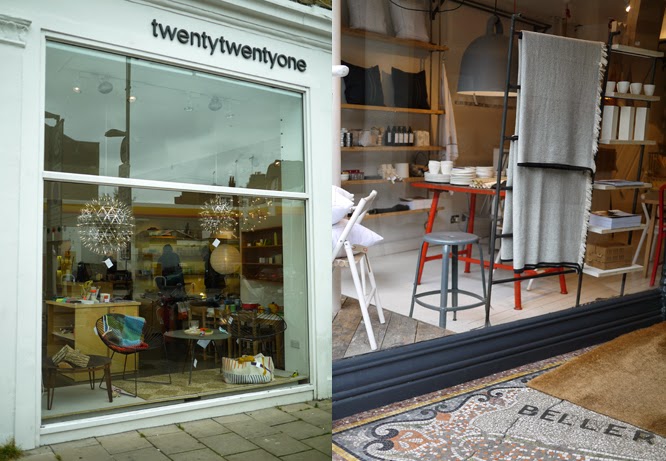 Twentytwenty one - great for a bit of window shopping and Folklore a new-to-me shop, very stylish in a Japanese, pared down chic Kinfolk kind of way.
We quite quickly hit our shopping limit so got on a bus down to Kings Cross where we headed up to Granary Square to have some lunch (walking through the station and past platform 9 3/4 which had a huge queue of tourists waiting to have their photos taken which was totally intriguing to Coco who has yet to read Harry Potter). 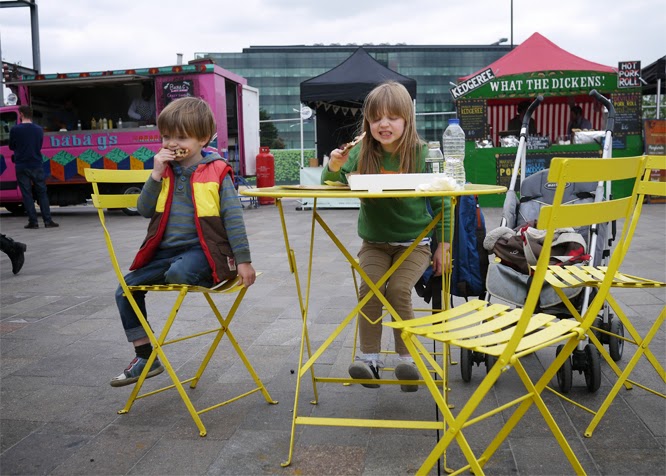 The whole street-food thing which is happening in London at the moment is so so good - mostly enjoyed by Hugh in this family who has developed a bit of a Friday burger habit (Pembermans normally to found in Middlesex Street, if you're interested in what is, according to Hugh, one of the best burgers to be found in London at the moment... which is quite a claim, I agree) 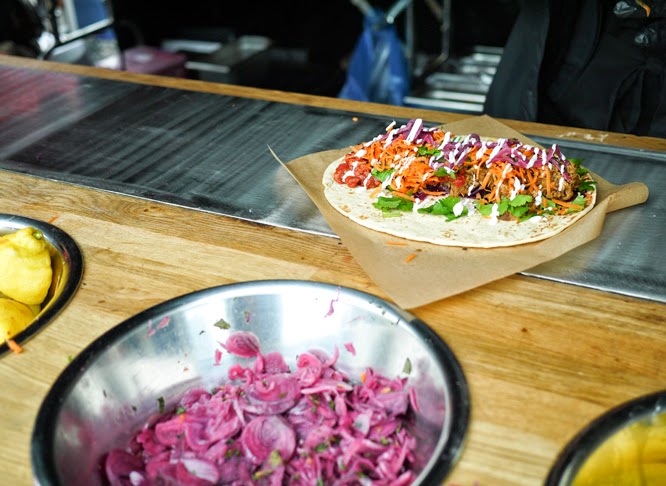 Kerb 'curate' a few vendors in Granary Square every Friday and it was perfect for us - the kiddos had a rather fine pizza from Fundi Pizza I had a whole meal in a nan wrap from Rola Wala (above) which was awesome (and it feels apt to use that a-word, which I normally avoid, to describe it).  Hugh had a pulled pork bap which had just the right amount of zingy spice balanced off with some apple sauce from What the Dickens and we all shared brownies for 'pudding' from Batch Bakery 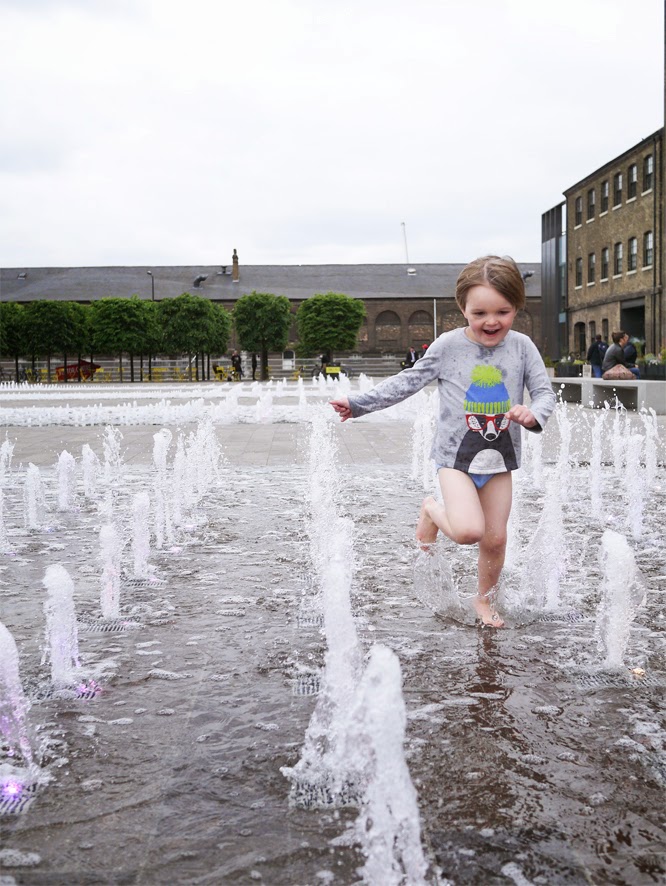 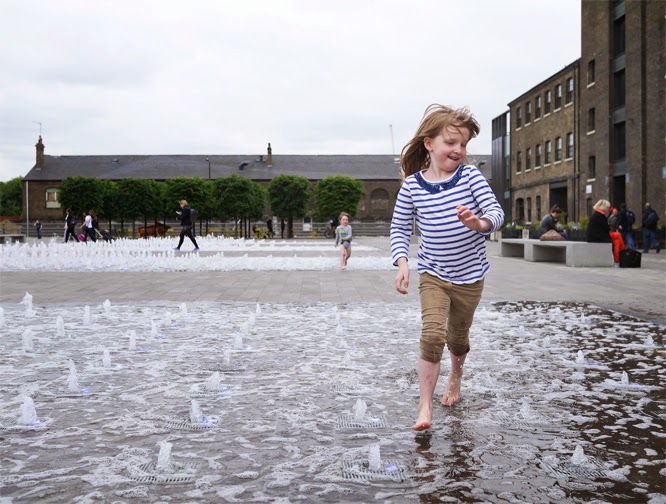 And then; we let Coco & Henry do this... while we sat back, let our food digest and worried about how the hell we were going to get two very sodden clothed children home. 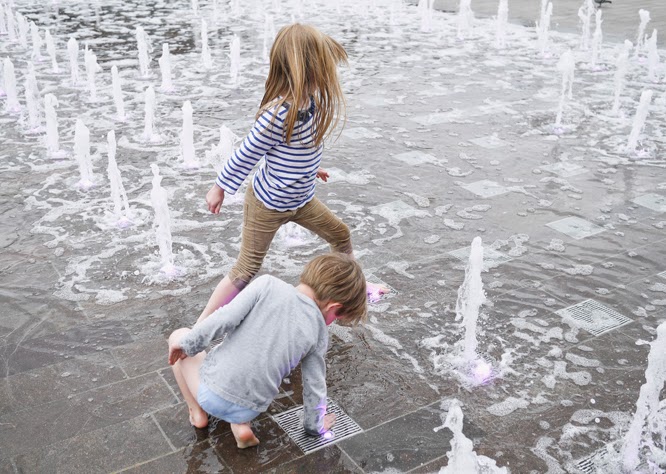 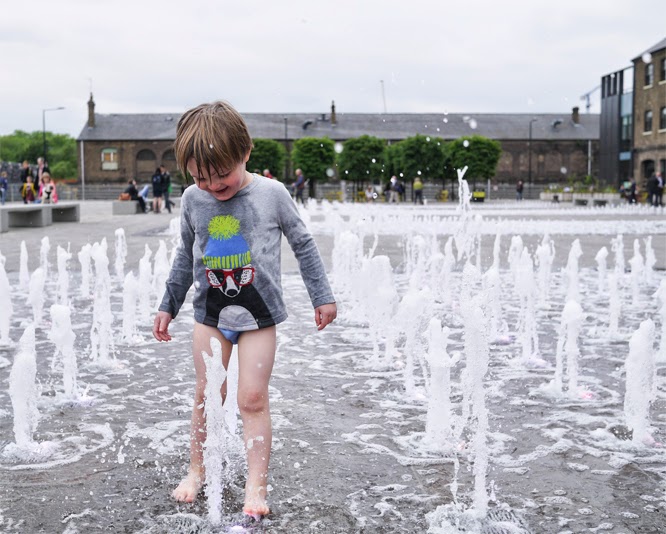 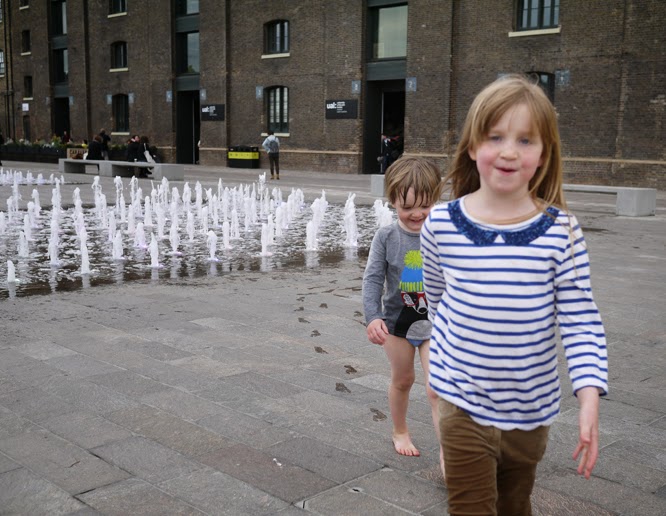 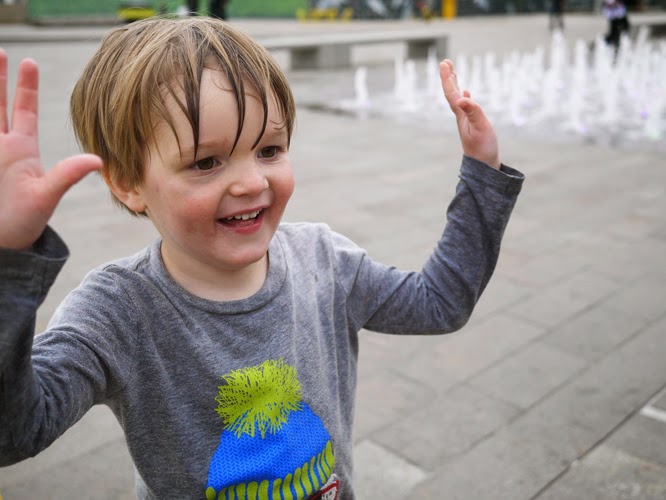 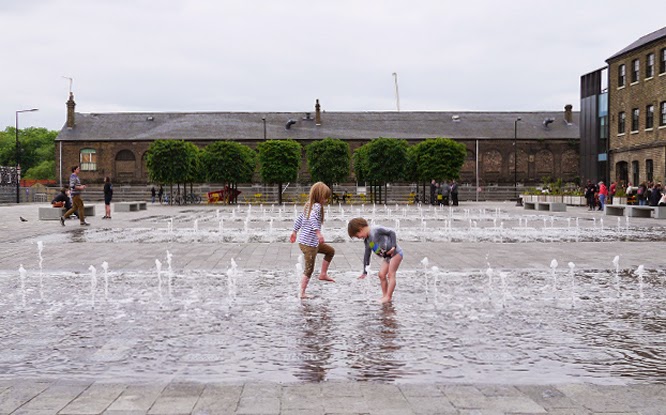 Luckily there were enough layers worn to kind of swap tops around... Coco had pretty damp trousers and Henry went commando... but amazingly we managed a 15 minute walk up the canal to Camden without too much moaning. 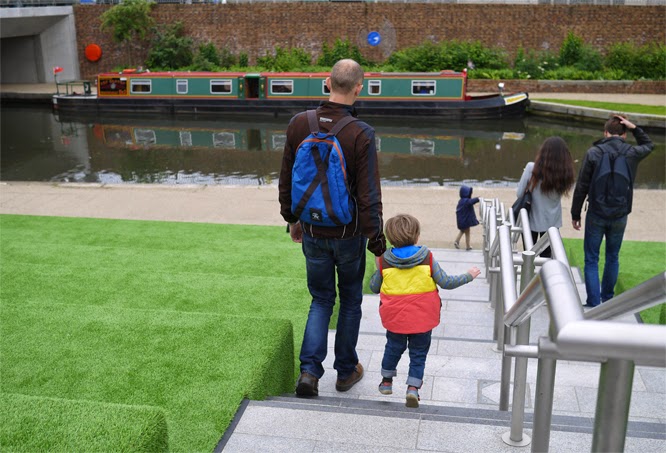 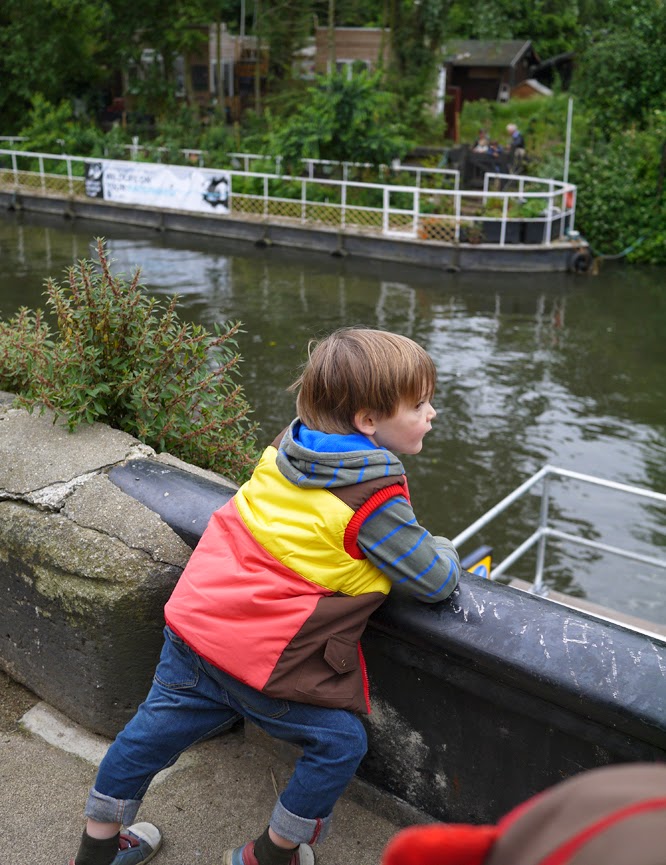 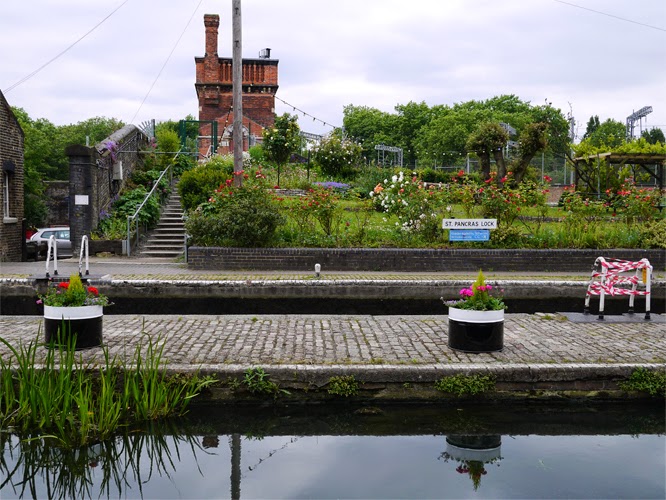 And off home we went.

We will definitely be back to Kings Cross - the food is worth the journey, and is such good value - it's great for us as we really do love eating out (in this case literally) and as you can see from the photos the children loved the fountains.
We like to try to keep everyone happy; and if I get to browse in a few shops on the way then that really is a bonus...