We Love to Read: But Martin by June Counsel 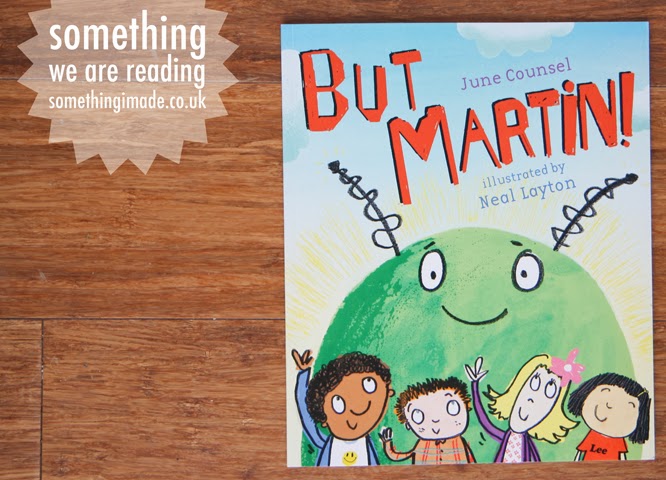 Loveable Martin the martian decides to visit from Mars and go to school with Lee, Lloyd, Billy and Angela. There's no explanation of why... so you just have to accept that.
Like Big Bad Bun which I wrote about last time we also discovered this book at the library and then later added to our own collection.
We started reading it pre Coco starting school and she went through a phrase of loving it and reading reciting it herself. 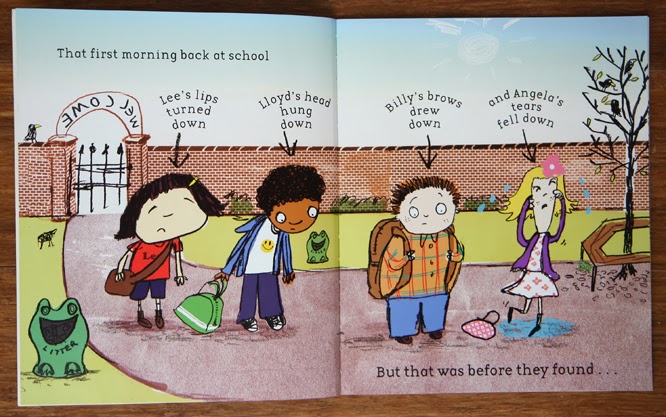 The illustrations and really simple and appealing - the story is comical and sharp with a positive message about it being ok to be different. 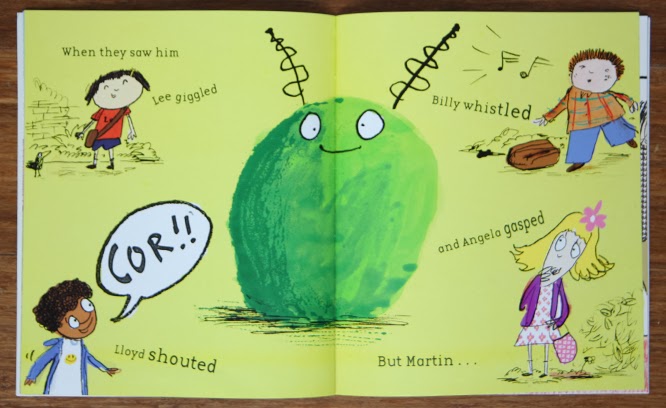 It's also a good 'starting school' book - I didn't actually actively seek out books about school but when the time came it was nice to find that I had a few around, this being the best of the bunch. 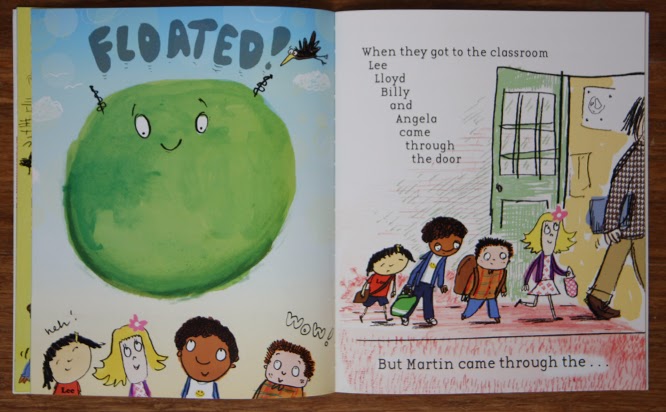 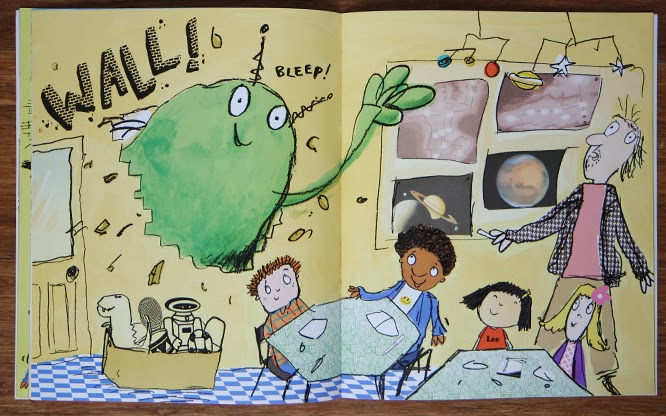 It also just reminded me of this article that I read a while ago about a school in north London who staged an alien spaceship crash in their playground - amazing idea for fueling children's creativity.

Linking up with Tigerlily Quinn 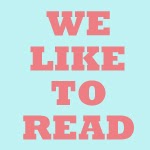 Other posts in this mini-series...
Big Bad Bun by Jeanne Willis and Tony Ross
One Night Far from Here by Julie Wauters
Clara Button and the Magical Hat Day
Mythological Montsers
There are Cats in this Book & Where is the Cake
Posted by Alexis at 08:59