Over a year ago I promised to document some of our holidays with children... I didn't quite get around to it (story of my life) but after some really lovely feedback from my Moroccan holiday posts I've decided to have a go at writing up our holidays after all... So I might as well start at the beginning. Coco's first holiday. 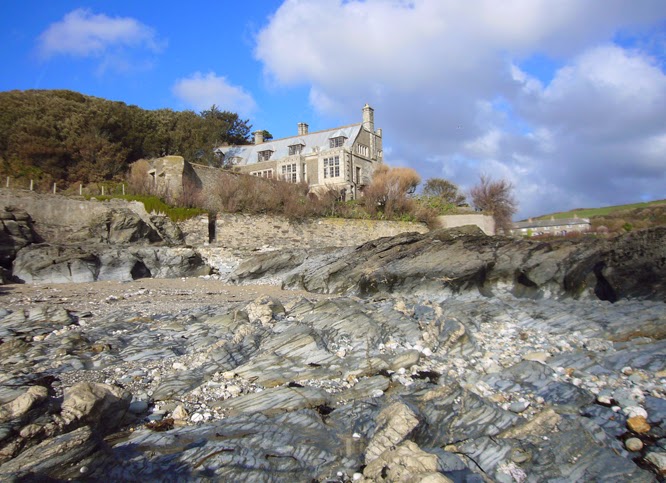 Prussia Cove is a pretty special place.
It's a cluster of houses on the south coast of Cornwall, not far from Penzance. The main house is huge and split into three apartments that can be rented together or separately, other properties of varying size are dotted around cove, some overlooking the private beach and most with dramatic views of the windswept coastline. 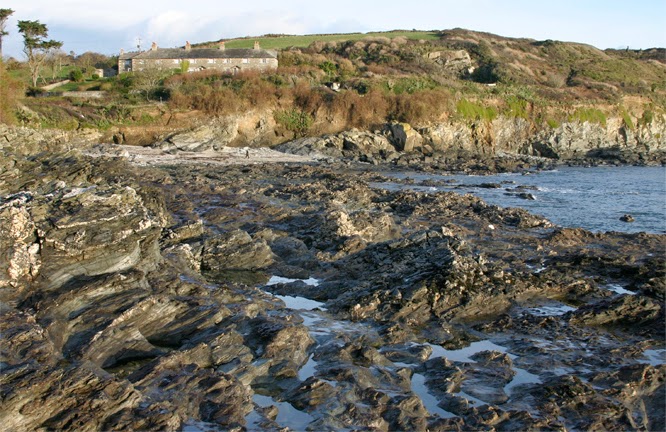 This is what I would call a quirky place; it's romantic and rustic. The houses have slightly rudimentary heating and very basic kitchens and in some cases outside loos (like the coastguards cottages shown above). A holiday at Prussia Cove in winter (or occasionally even in Summer) is not for the faint hearted. It's not the location of a luxury holiday, but it is special.

A friend of ours who has a flair for organising a good party hired the whole place for his 30th birthday back in 2007 where 70 or more of us descended on Prussia Cove for an amazing weekend - like a proper old-school house party. So our first experience of Prussia Cove was in a blissful pre-parenthood state... but I'll gloss over that as it all soon changed (as you of course know already...)

The next year when a repeat party was proposed (this February pilgrimage to Cornwall has now become an annual event ... although no longer at Prussia Cove itself) we thought we'd staying home, holed up with our new born baby - but Coco had other ideas and arrived early so that she could come along too. So began Coco's first holiday. What a baptism of fire. 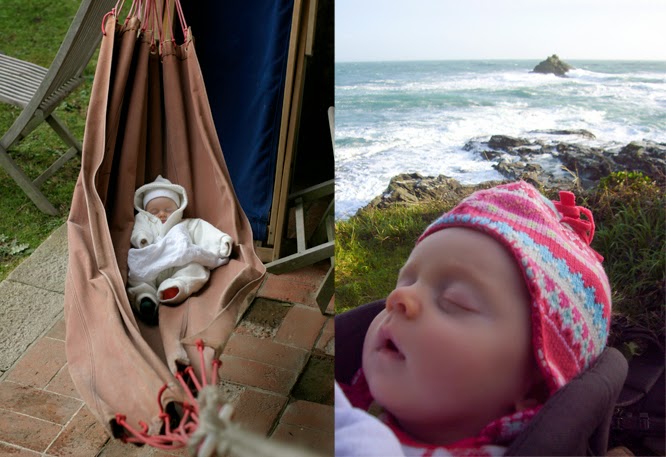 Holidays before kids: sleep, eat, drink, do whatever you want, a total break from your 'normal' life.
Holiday after kids: same s**t, different place.

It was great, yes, but it was also quite a shock to the system. Of course it's obvious that just because I was on holiday I would still have to breastfeed, get up in the night, change the nappies and, well, be a Mummy, but for some reason that really took me by surprise. I stayed up till gone midnight with my friends, but then was still up in the night feeding and waking at the crack of dawn with a little person who wanted attention. So although it was a 'change' it was definitely not relaxing... in fact it was exhausting, such is life with a two month old baby. 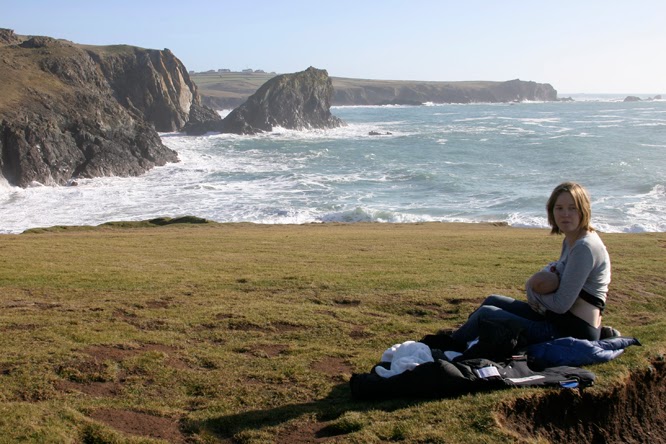 Considering it was February we were lucky to have amazing weather... warm enough for a bit of alfresco breast-feeding! 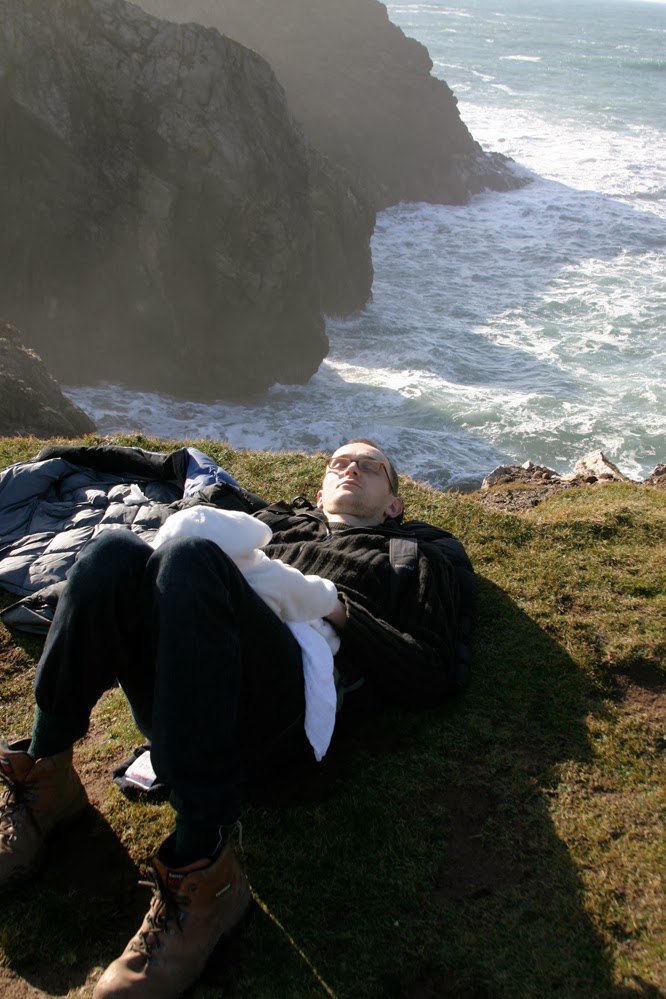 Hugh trying to catch up on sleep...(sleep seemed to be the main theme of the holiday looking at the photos now).

Each of the following four Prussia Cove holidays featured an increasing amount of children. 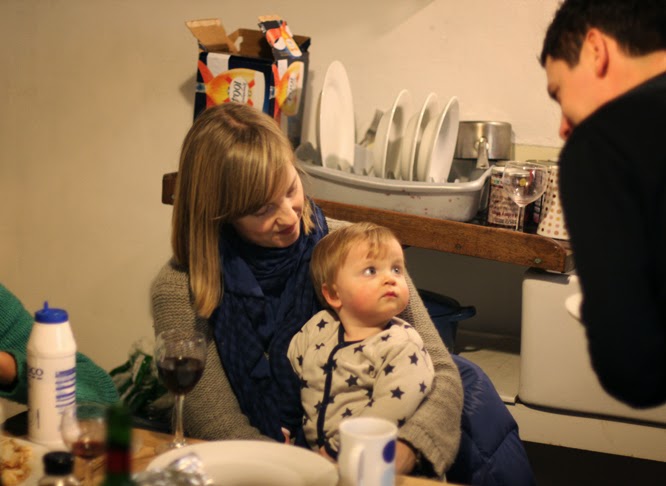 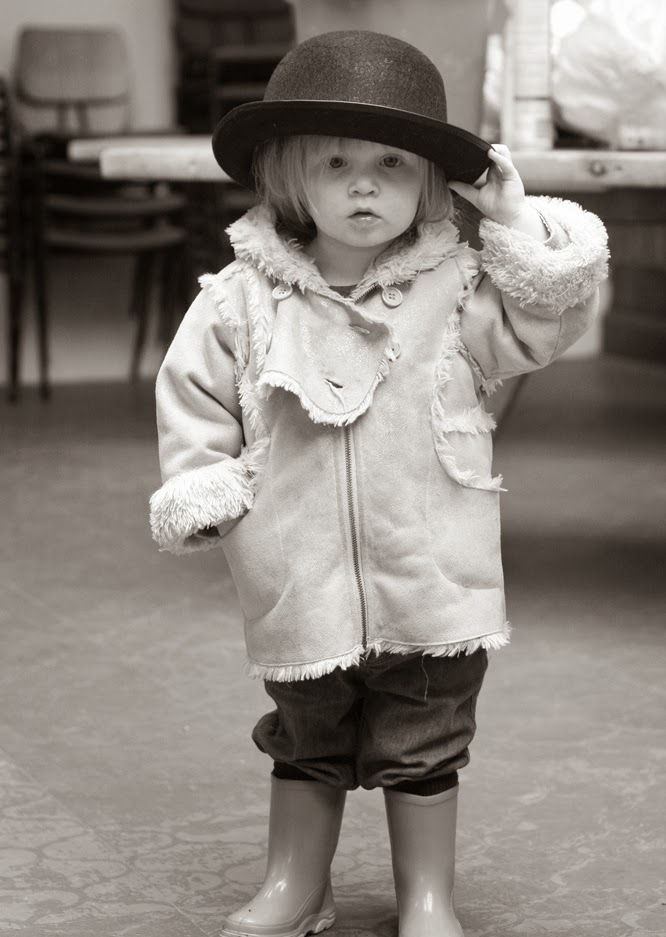 2010 - Prussia Cove holidays normally feature some fancy dress action and much of our dressing up box originates from our Cornish holidays... including the popular bowler hats. 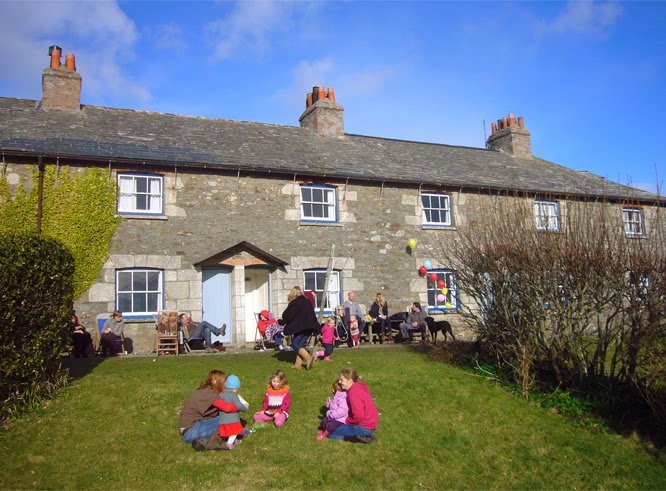 Another unseasonably sunny February when we stayed in the coast guards cottages; a row of eight tiny cottages where the children could run in and out of each others houses. If only life could always be like this...but I guess that is what a holiday is sometimes; a taste of another kind of life.

We love holidays with other parents. You can share the work around a little - you're all in the same boat. Giving your partner a lie in in the morning is fine as you have other adults to hang out with at 7am. Also, it's a chance to feel like you have a bit of a social life again. Our Cornish holidays generally also have a healthy mix of people without children too, it is always nice to see friends without children - they tend to be good for making you stay up late, drink more and generally remember what it's like to be just you. 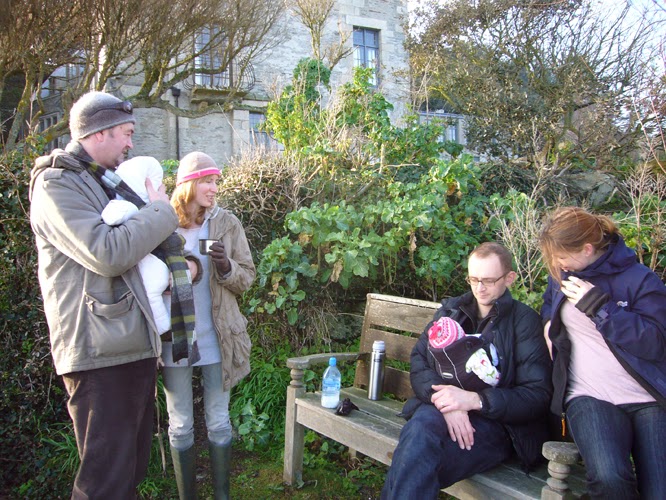 One of our favourite nooks, with a bench overlooking the beach and a flask of tea... yep, holidays are very different once you add children into the mix.