I've done my first guest post over at Madeline's blog The Things We Do. It's about our holiday to Ibiza last summer and also refers a little to my first trip to Ibiza back in 1996... which is where half of the pictures below are from. The other half are Prague.
I do LOVE double exposure photos now, but when I originally got these photos back from being developed I was gutted. 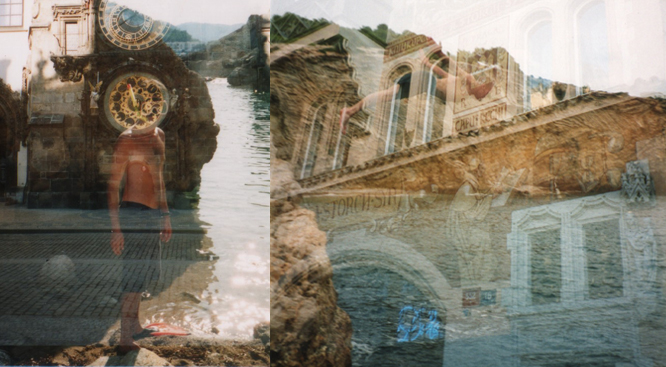 I love that my friends snorkel looks like one of the clock hands. 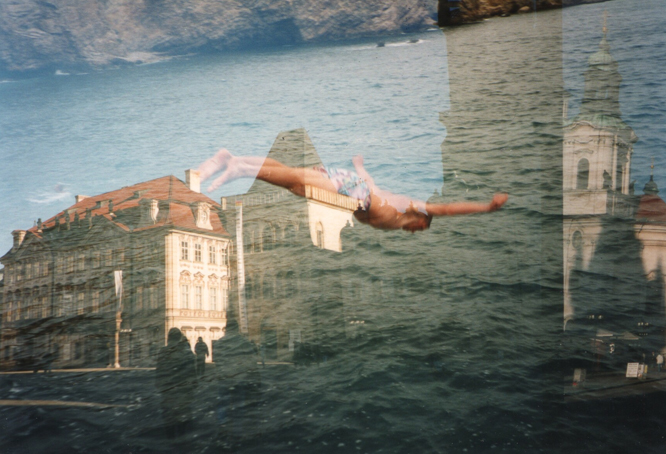 Madeline's blog was one of the first I ever subscribed to. I feel like it's quite similar to mine in that she posts about whatever she feels like, creative projects, days out, general musings and quite a lot about travel. She also has a girl and a boy nearly exactly the same ages as Coco and Henry, so even though we live in different hemispheres I often know exactly what she is talking about.
Thanks Madeline!

We've just booked to go back to Ibiza again later this summer (staying in the same place) I love you UK, but you just can't deliver the weather...