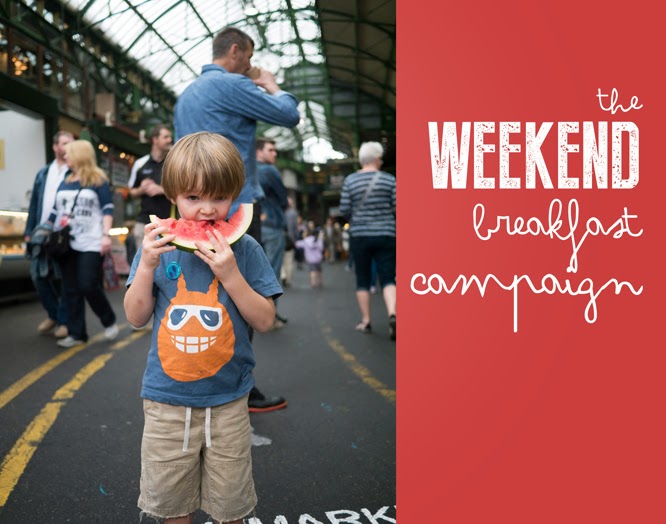 We are quite attached to cereal for breakfast in this house. In fact I'd say I've pretty much eaten cereal for breakfast for 90% of my life, the other 10% would consist of the odd fry up (the ones that weren't consumed after a bowl of cereal), when I was on holiday in somewhere suitably exotic where cereal wasn't an option and possibly the handful of times I was too hungover/rushed/late to have breakfast at all... you know, back in my twenties, pre children.

We try to buy a variety of cereals, we eat quite a lot of muesli, often have porridge in the winter and Hugh has been perfecting his granola recipe (I think we are on about version 11) but generally we do rely on cereals in the wider sense for our breakfasts... which is fundamentally fine.
Well, it's fine-ish.
In fact; we've decided that from now on it's fine for Monday - Friday but, as of the last few weeks we've launched a new campaign:
The Different Breakfast at Weekends Campaign. It needs a snappier title I admit)


We launched the campaign with a bang - we had the 'chocolate' breakfast... which meant hot chocolate, pain au chocolate and nutella pancakes (although the nutella was courtesy of our neighbour, the pancakes were in the making before we realised we only had about a teaspoon of chocolate spread left).
Obviously the campaign launch was a success and Coco & Henry are quite into the different breakfast challenge; although they were very convinced that nutella pancakes were the perfect 'different breakfast' so we kind of got stuck there for a few mornings.

So last Saturday we attempted to breakout of the accidental routine and we headed straight to Borough Market as soon as we woke up with the promise that the children could choose anything they wanted for breakfast. 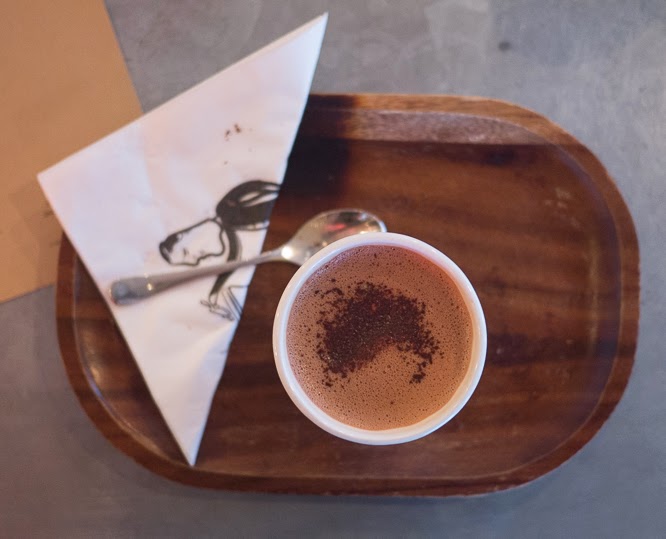 No surprises that the first choice was to go to Rabat 1745 for hot chocolate. This is really proper hot chocolate - seriously rich and surprisingly filling; to the point where Coco couldn't even finish hers. 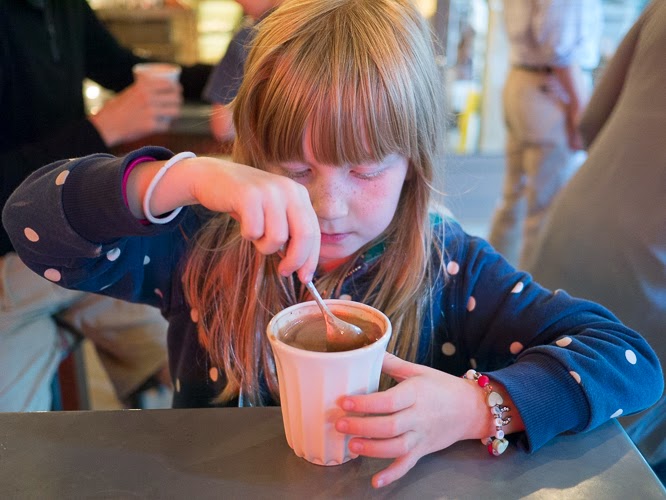 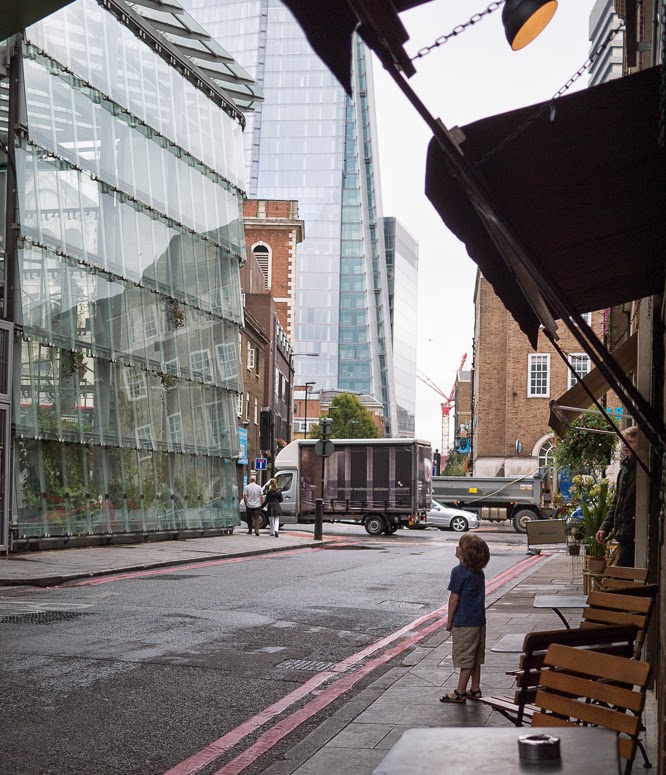 We then made out way out to the market to see what else we fancied trying... although Henry was much more interested in shouting at us about how TALL and BIG the shard is... all the way up to the SKY! 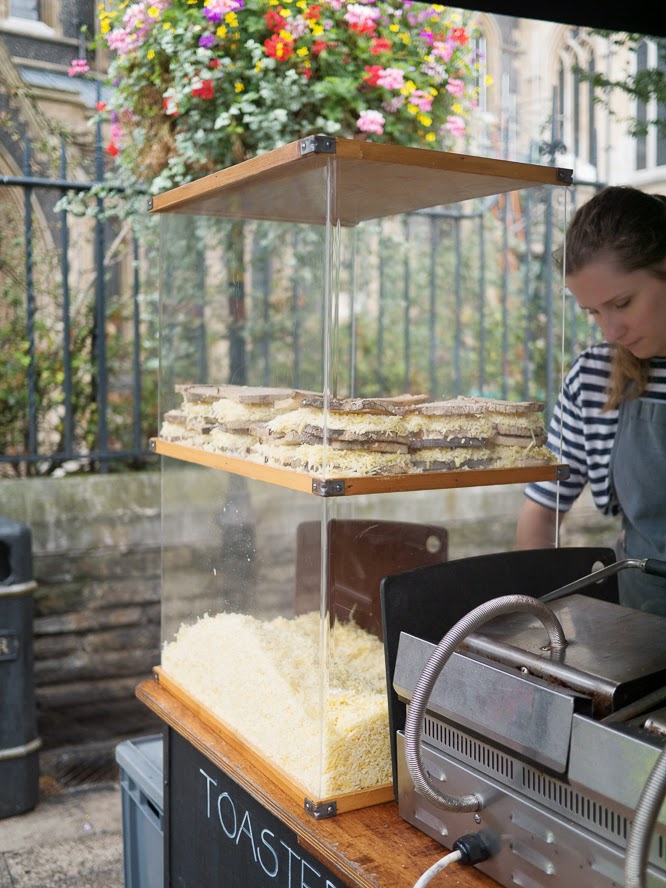 I decided, a bit boringly, to go for one of my Borough favourites - known in this house as the dirty cheese sandwich... 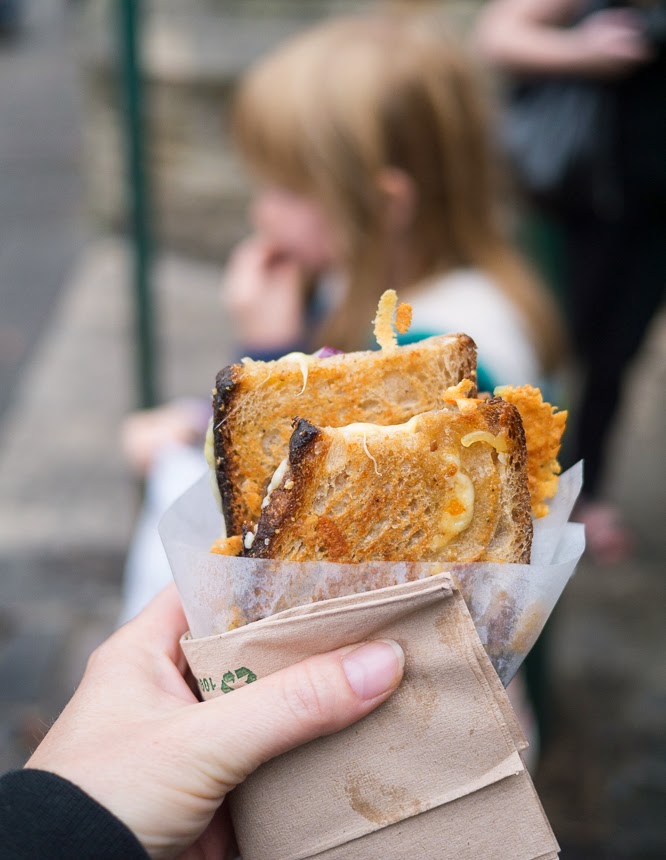 It's a toasted cheese sandwich, yes, but I would say it's pretty much THE BEST toasted cheese sandwich ever (made by Kappacasein Diary). The lunch queue for this stall is normally something to behold... the breakfast queue; um, didn't really exist. But it was good, and different for breakfast. We kind of shared it around (even though it was my choice, hmmmm)!

Coco then went a bit traditional french on us and decided what she really wanted was a croissant... meanwhile Henry got distracted in a veg stall and went for some watermelon. Finally - Hugh's choice, a classic bacon roll. In between we had the usual titbits from other stalls, mushroom pate (delicious - have had a pot of that for lunches this week), chutneys, the odd morsel of cheese or brownie. All together is was pretty fun although it did mean that having breakfast took up pretty much the whole morning. 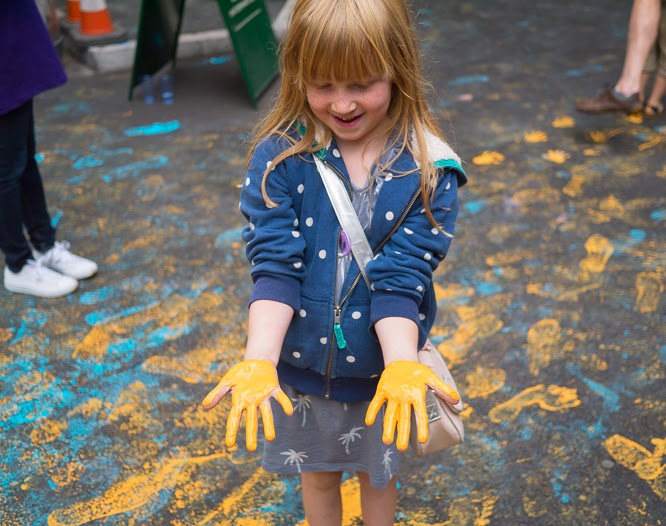 Oh yes; and this happened too... There were some 1000 years of the market celebrations going on which involved paint, it was meant to be for making footprints... but of course my children... well, as you can see!

Now I'm planning for this weekend... I'm wondering about the introduction of smoothies, and maybe some french toast (thanks Lucy for that idea) - any good breakfast favourites in your house?
Posted by Alexis at 10:20

Labels: London Out and About, Projects