I found myself wide awake at 5.45 this morning and for the second morning in the row got up early, creeping around the house while everyone else slept. Apart from the fact I'll feel tired later I love padding around quietly, the front of our house faces east and the sun was pouring in through our sitting room windows and into our hall warming the wooden floor.

The last of our holiday unpacking is still around in various little piles waiting to be sorted out so I gently began putting a few bits away but then got distracted by the shells we'd bought home.

As so often happens, I can't bring myself to throw things away and was wondering what to do with them... our last shell haul ended up in the garden. In the clear light of this day however I did something different with these shells... 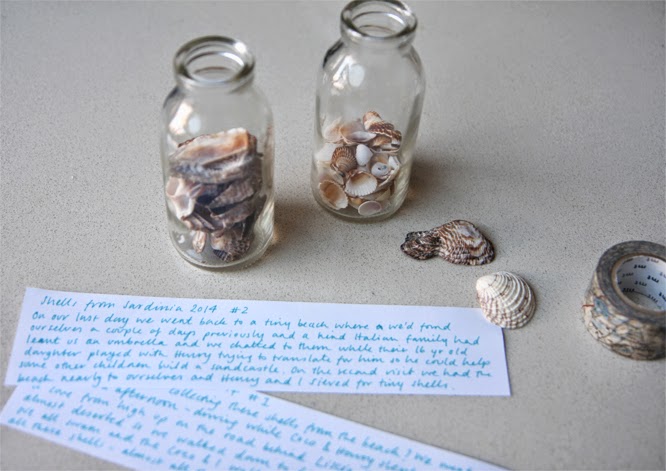 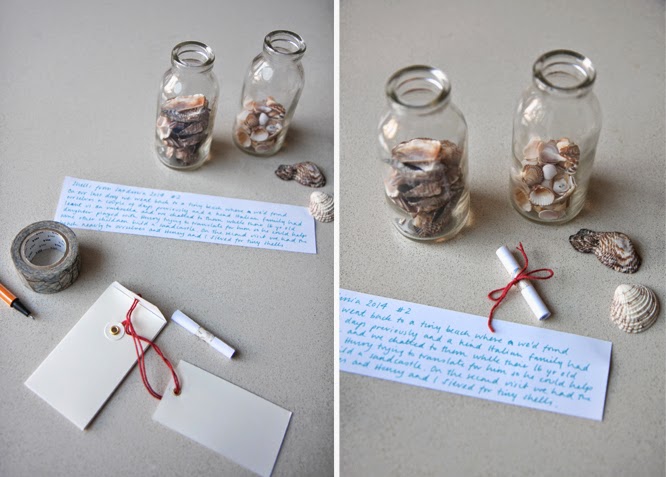 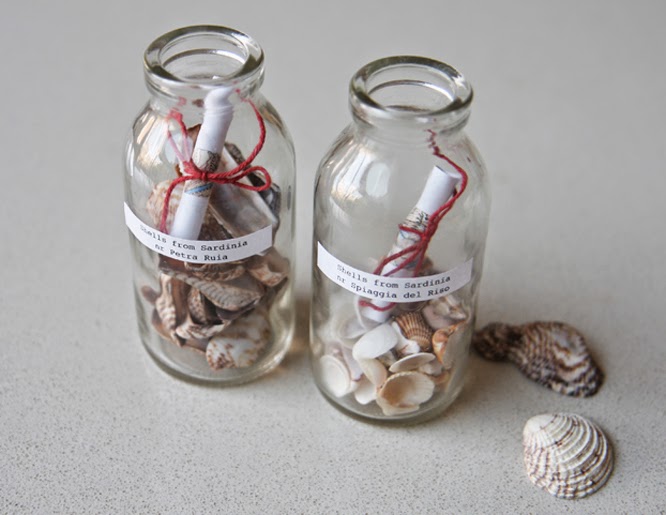 and then I labelled them. 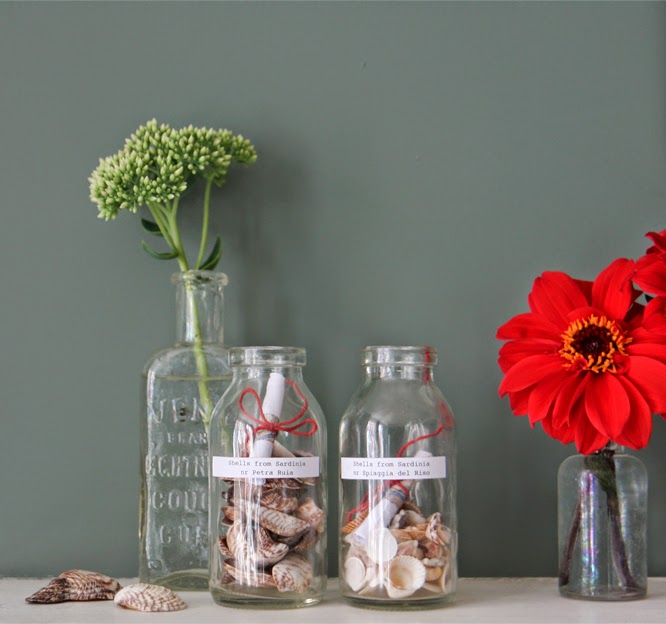 A bit twee I know - but a good little pre-breakfast project that also prompted me to go and pick some flowers.

Here is roughly what I wrote (slightly edited as I'd rolled up the papers before I decided to type them here - and I added in a few more details for you!

Shells from Sardinia 2014 #1 (on the left)
Do you remember? We left our hotel late one afternoon and drove while Coco and Henry slept. We spotted an almost empty cove from high up on the road (behind Liscia Ruia). Waking the children we walked down to find a perfect beach. We swam and then Coco and I walked along to the rocks where we collected these shells which are almost all the same. We stayed on the beach until the shadows were long and then we walked back up the track to find a parking ticket on our car! We didn't let it dampen our mood though as we went in search of pizza, driving up and up to San Pantaleo where we found a pizzeria that (whispers) almost lived up to Franco Manca.

Shells from Sardinia 2014 #2 (on the right)
On our last day we went back to a tiny beach where we'd found ourselves a couple of days previously. We'd had a lovely afternoon - a kind Italian family lent us an umbrella and we chatted to them while their 16 year old daughter played with Henry trying to translate for him so he could help some other children build a sandcastle (little did she know that his real intention was probably to try to sabotage their sandcastle).
On our second visit we had the beach nearly to ourselves and Henry and I sieved for tiny shells in the sand using a bucket and sieve we'd borrowed from our hotel - Coco washed them in the sea for us.

A third bottle of the green sea glass I collected would have fitted in nicely with these but unfortunately Henry threw them all away in a flower bed (I'd been using his bucket to store them in which he was not happy about). I didn't bother to retrieve them, but I'm wishing I had now. 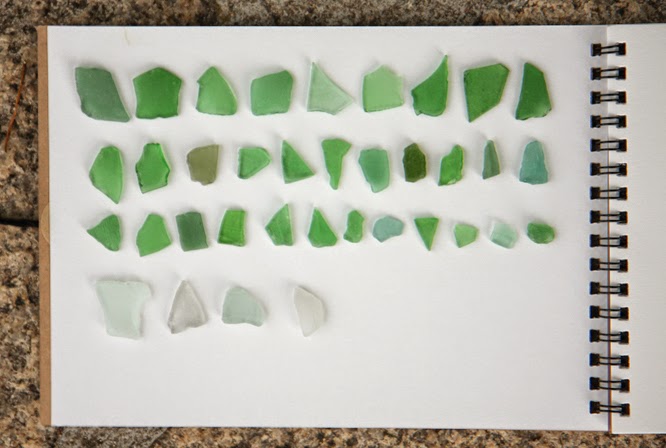 If you follow me on Instagram then you may have seen some of our holiday scrap book progress - I was spurred on by Jennie Maizels' wonderful IG feed of her holiday journal but calamity! I forgot to pack the printer cable so the scrap booking is still in progress! Will share more anon.
Posted by Alexis at 11:14

Labels: Holidays, Homemade Stuff, Mantelpiece, My Home and Interiors Inspiration, Projects, something i made