Being desperate (seriously DESPERATE) to make the most of every second of summer I took Coco and Henry to Kew gardens after school the other day.

We biked straight from school to the station and took our bikes on the train... which was vaguely interesting... quite a mission to get my bike with child seat, Coco's bike and the two small people on the train and not get in everyones way... but we managed it, ish. The journey home bought me out in a bit of a sweat with rush hour and with station steps to navigate; but with kind strangers and generally cooperative children we managed it. 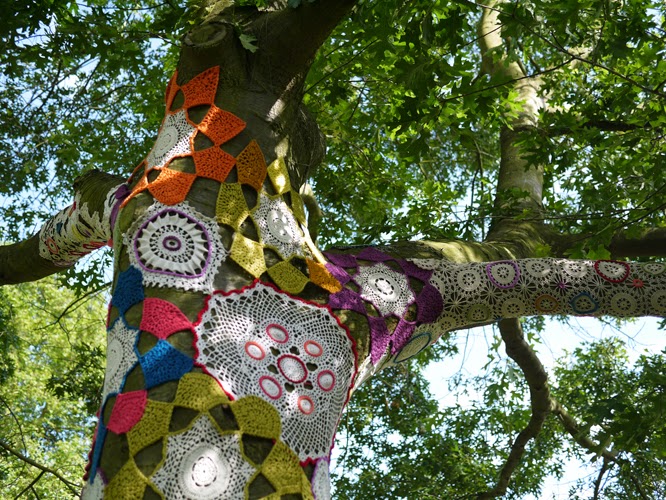 There's always stuff going on at Kew; you know, things like trees in blankets.
I've never ever felt the urge to crochet... until that was I saw it on a tree. 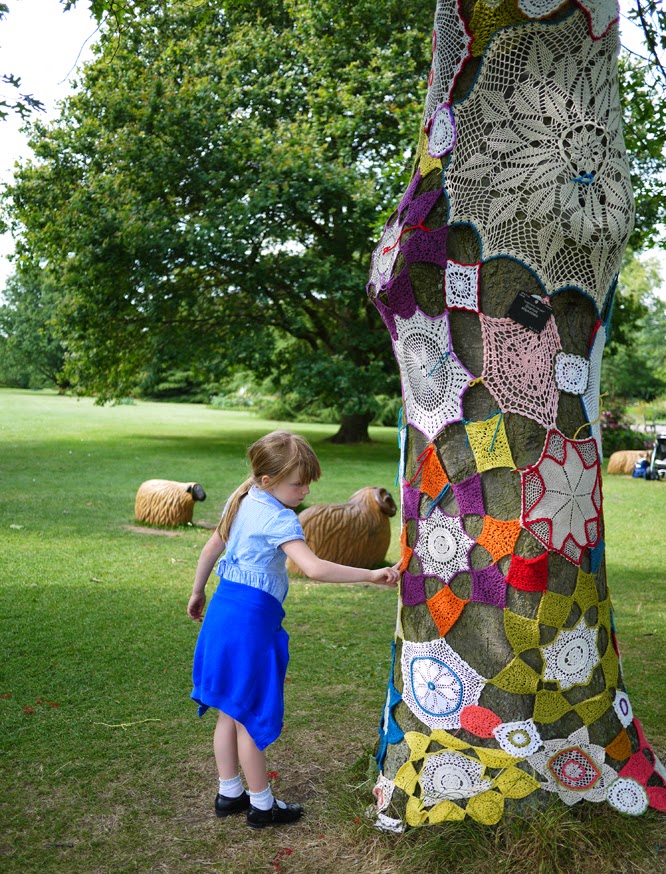 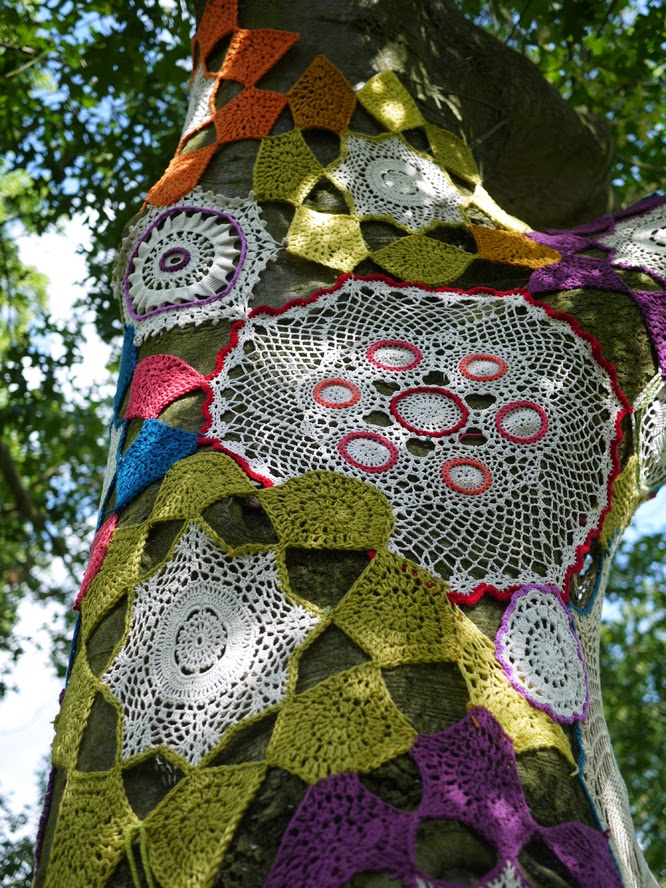 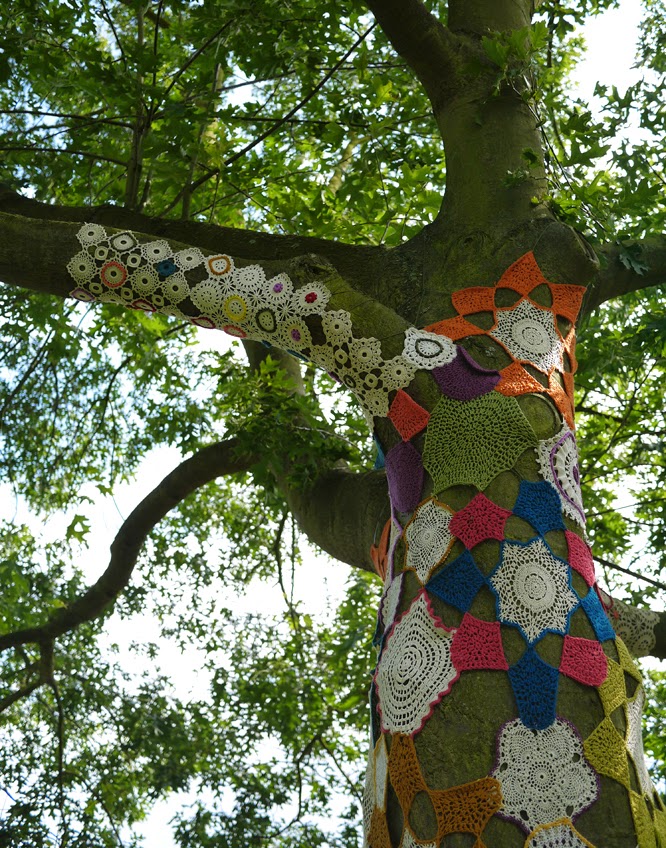 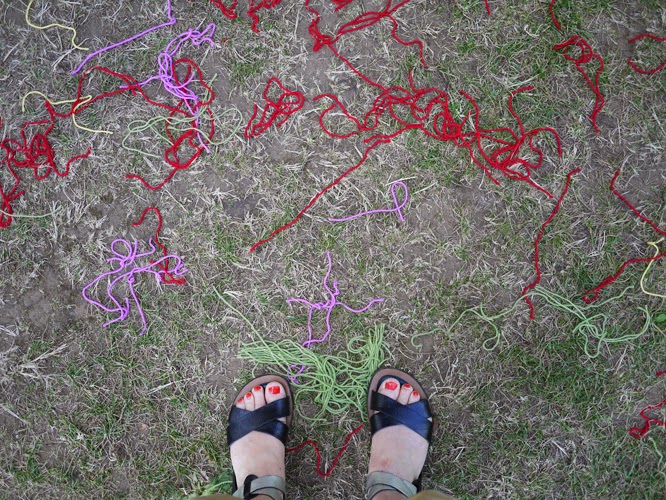 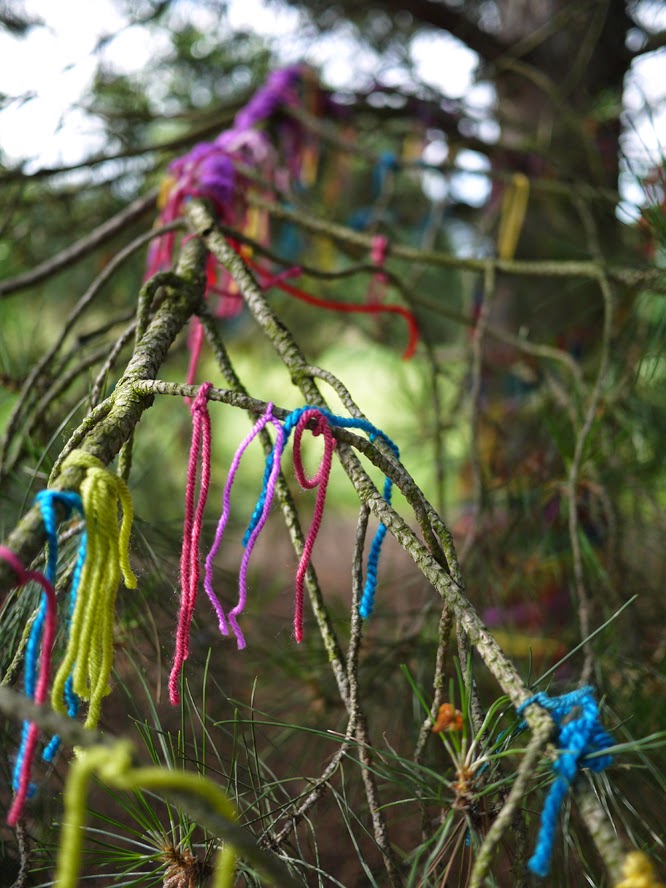 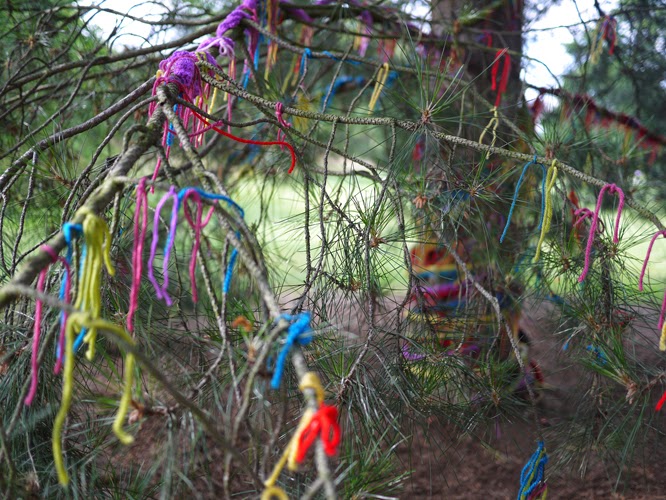 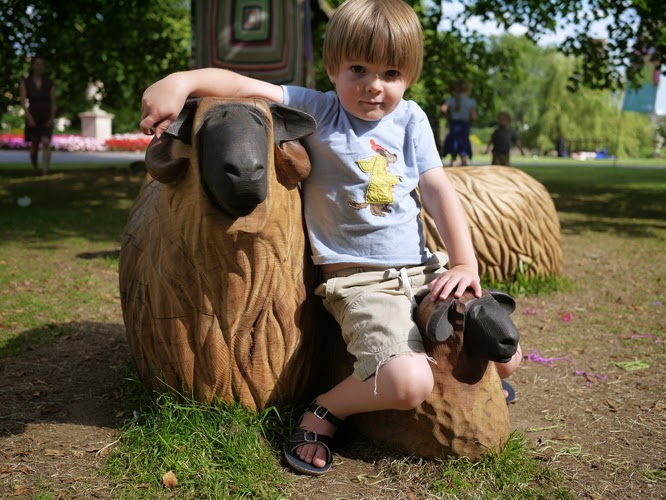 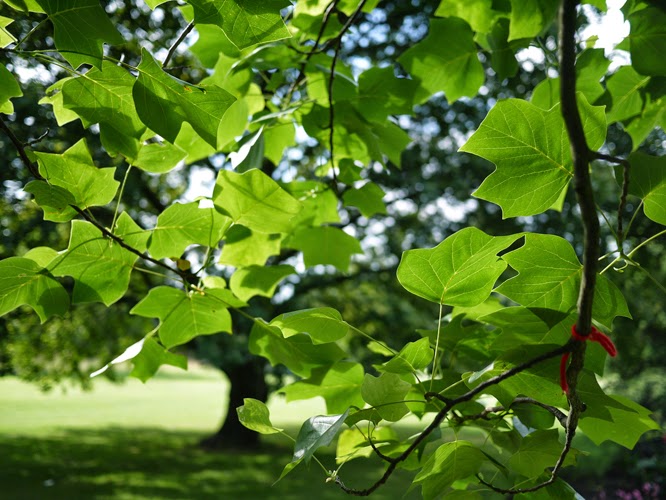 On a hot day when you're not in easy reach of a beach then hanging out around big trees is the next best thing. 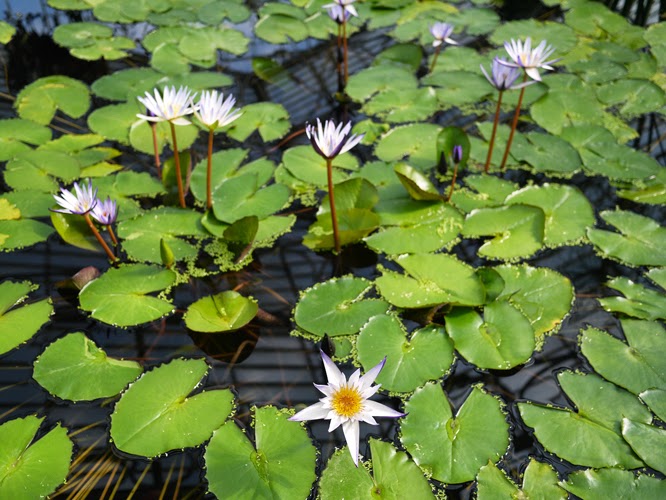 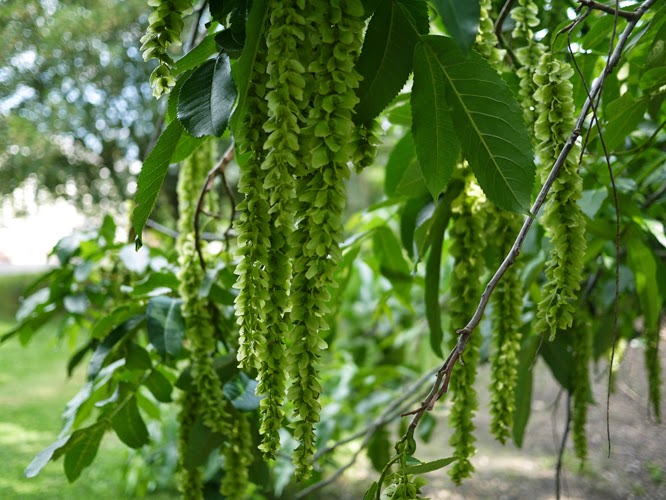 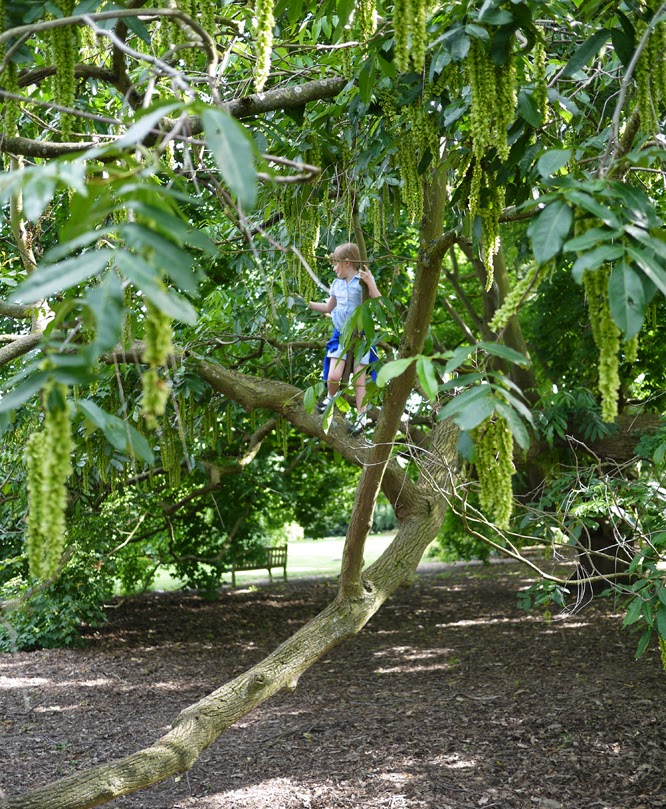 Coco in her element, up a tree.
We headed to the 'official' playground soon after this and the children left me alone for a while so I could just sit in the sunshine. Made the effort worth it.
On our way out we got side tracked by Mrs M and her cart of curiosities. She told us a couple of good tales. Worth trying to catch her if you are at Kew (sorry - failed to get photos... but there is a bit of info on the Kew website).
Posted by Alexis at 12:05