For the first bit of the half term holiday we stayed in London and did stuff.
This is what it looked like: 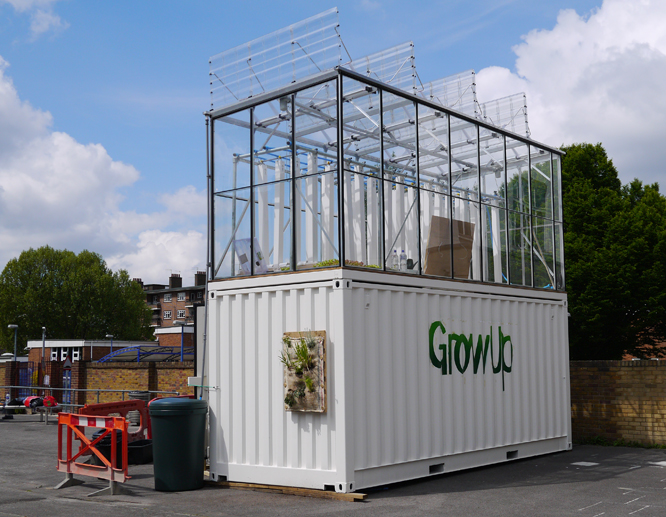 We went to visit 'Grow Up' in Southwark "an urban farm that uses aquaponic technology to grow fish and vegetables" - it wasn't quite up and running yet so I'm looking forward to visiting again later in the summer, but the lovely lady behind it was there and gave Coco a little tour and showed her how it will work in a couple of weeks. 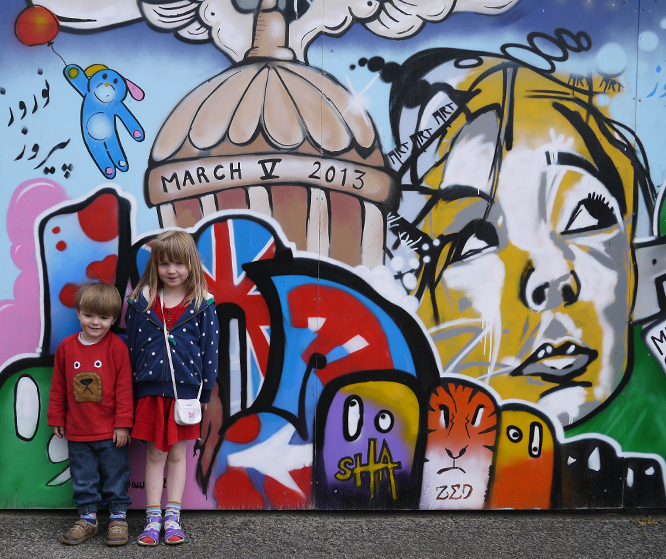 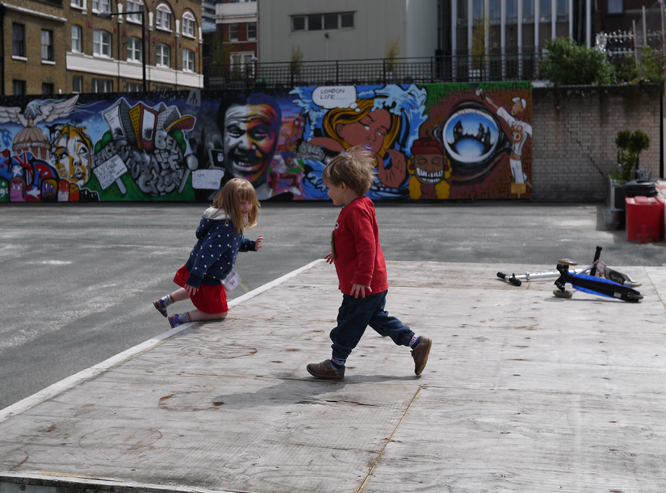 It's in The Marlborough playground, which, being a playgroud had lots of space for running around. 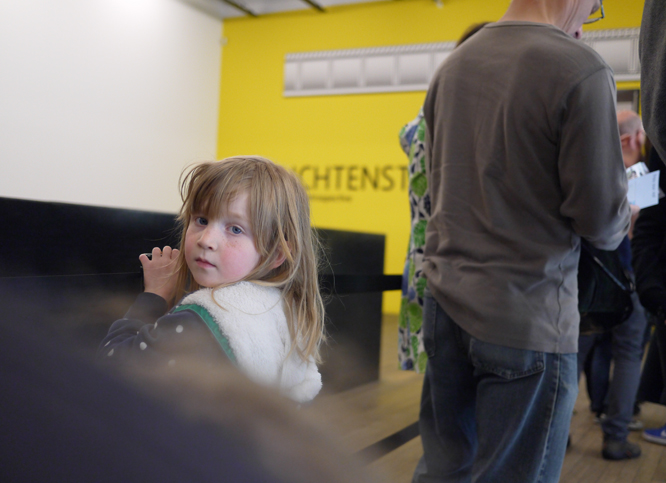 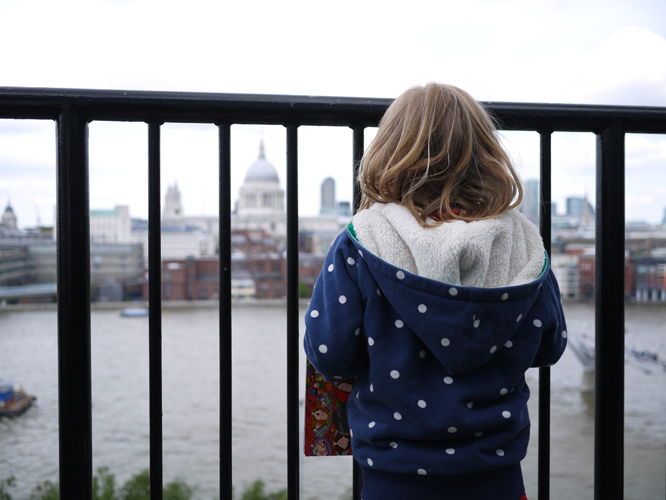 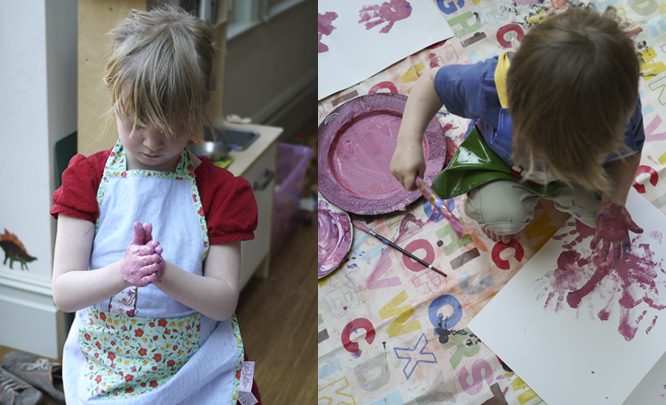 The Bank holiday involved a couple of days at home doing jobs. Jobs such as covering your hands in paint... 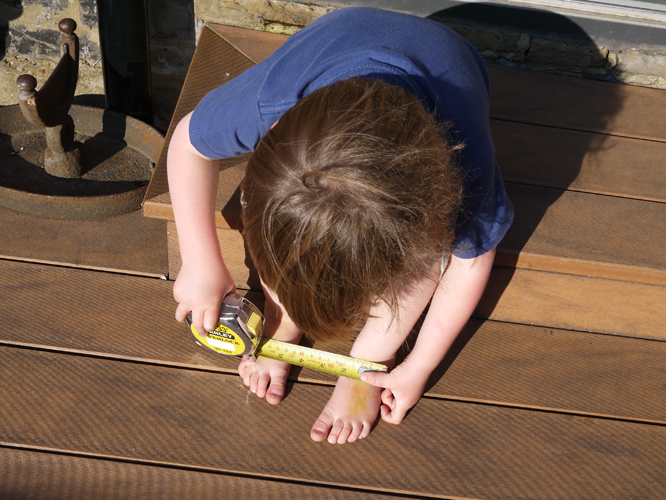 Lots of measuring... most things Henry measured seemed to be 24. Seriously this boy plays with anything that is NOT a toy.
I think me and Hugh got the most time to ourselves while Coco and Henry played (what were obviously hilarious) measuring games, who knew a tape measure was so much fun? 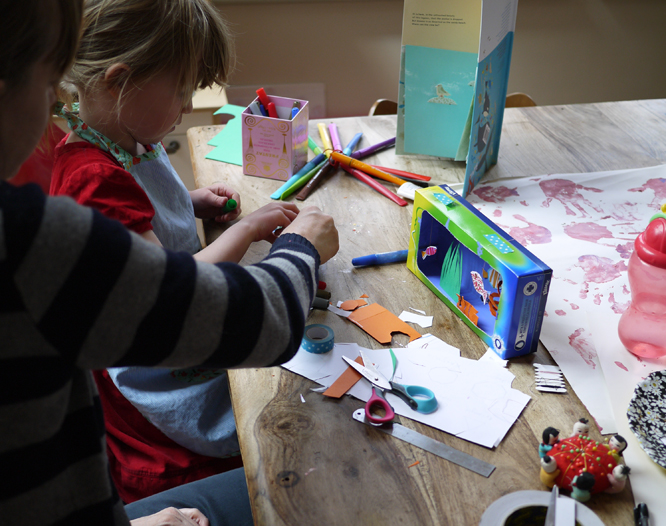 I might have helped 'a bit' with Coco's water based school project - it was too much fun to leave it just to her. The book you can see in the background was our obligatory Tate bookshop purchase and is called Under the Ocean - it is beautiful. 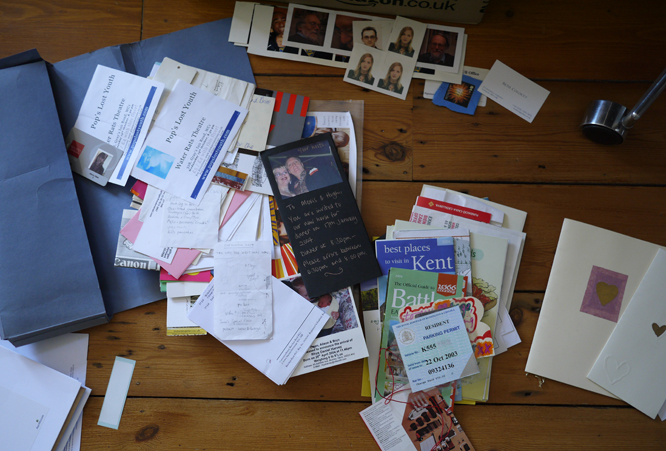 I started doing a mammoth clear out of 'stuff' ... old wedding invitations, old leaflets, old parking permits. I got brave and chucked a lot out - I know that most normal people don't have trouble throwing out receipts for meals that they had four years ago or the stubbs of easyjet flights, but although I'm pretty darn average in many ways I do have a paper-memorabilia addiction. I even threw out old sketchbooks. I am actually very proud of myself. 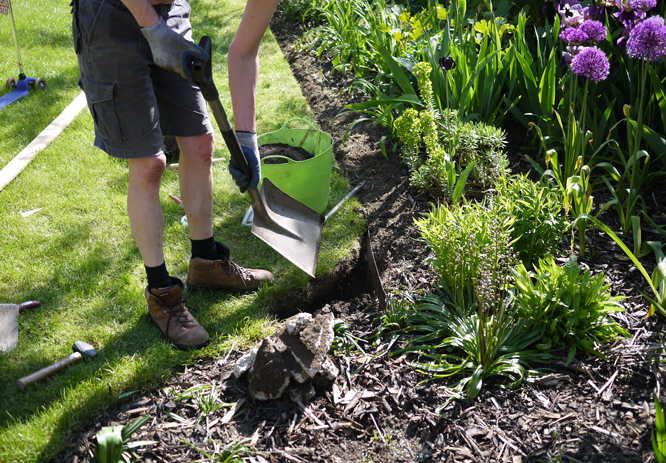 Outside Hugh finally put the lawn edging in, two years after the lawn was laid and a year after buying the edging. See... top of the picture; nice straight lawn edge, bottom of the picture; messy lawn edge! I know, it's hard to tell in the photo, but believe me it makes a difference! 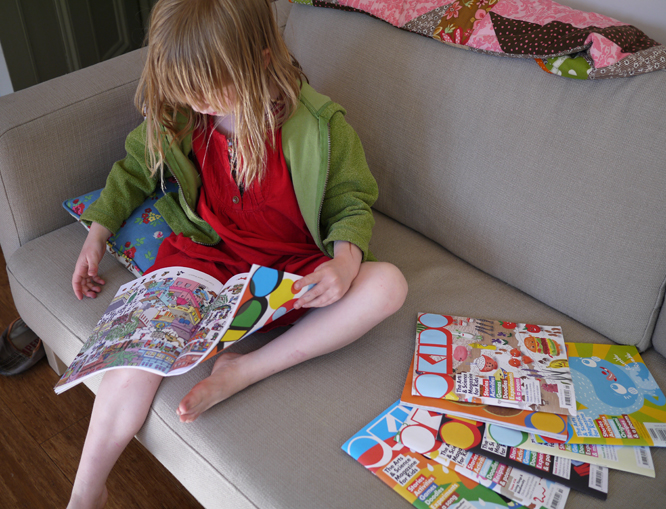 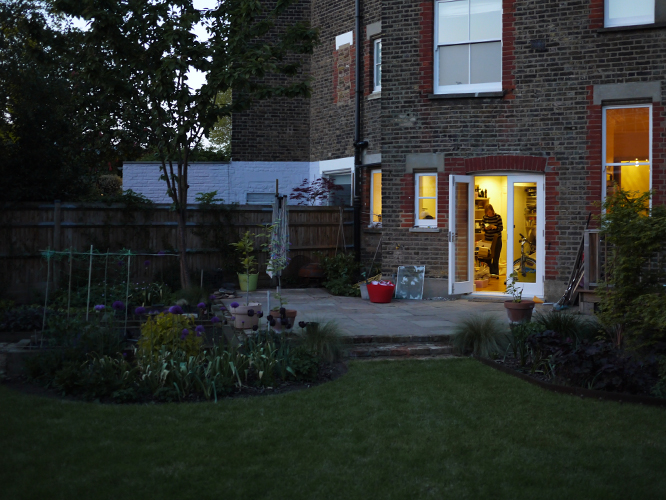 Dusk on bank holiday Monday - Hugh had just finished the lawn edging... while I was still in the midst of clear-out/up mode. A very satisfying day. 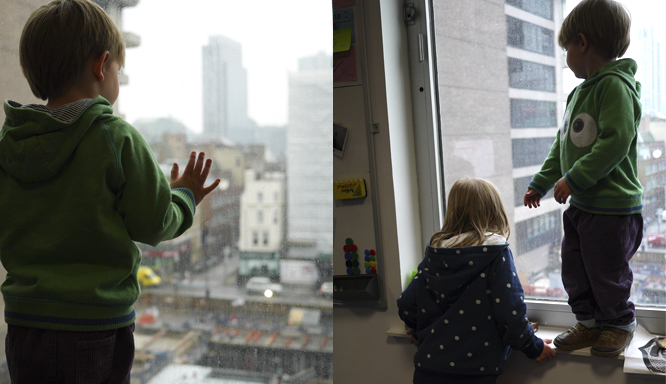 The next day, due to popular demand we went to visit Daddy at his office. It was raining a lot. Henry enjoyed looking at the building site, which as Hugh put it, was like a real live Usbourne picture book page.

We took Hugh out for lunch... although I'm not that sure he was very enamoured by the conversation (or lack of) from his children... 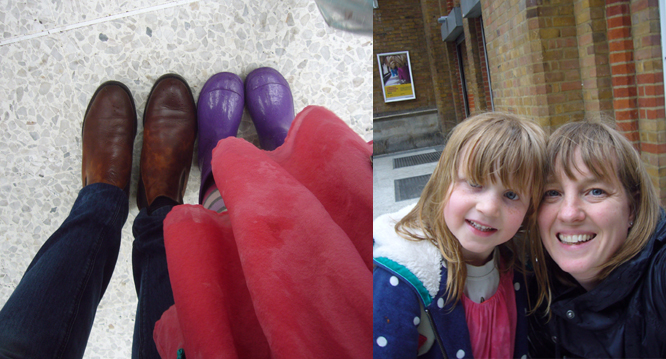 ...and then we got soaked on the way back to the tube (rather apt as Coco was in charge of taking photo's of everywhere she saw water that day). 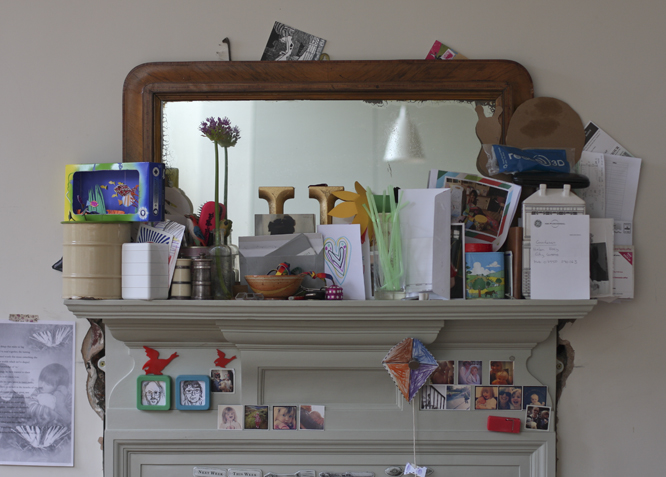 Finally, I can't do a post like this without the obligatory mantlepiece shot. Here it is proudly featuring (among lots of other clutter):
- The final ocean scene
- A single allium stem, a casualty from the lawn edging project
- £100 of Harvey Nichols vouchers found in my clear up - bonus (if they accept them... they are a tad out of date)

For the second bit of half term we escaped to Cornwall... more on that to follow...

*Many aspects of this post deserve full length posts of their own, I'd like to do a full update on the garden for example and our workroom but I can't seem to find the time for blogging at the moment... mainly as I'm doing the garden and sorting out our workroom. Such is blogging life - as referred to brilliantly in Hattie's post from a while back - which really made me laugh... and rings very true with me.
Posted by Alexis at 21:52