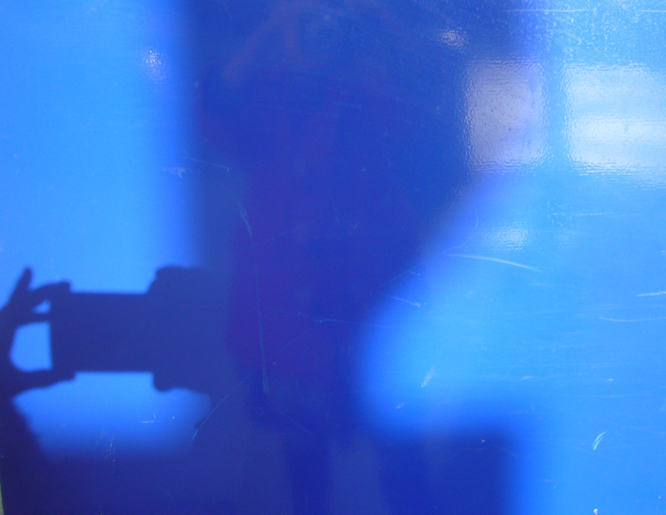 A couple of weeks ago, while on a very mundane trip to the shops I gave Coco a photo challenge (mainly using her annoying camera that I mentioned in this post)

She had to look for colours and take photos of them.
We made a list, and off we went. 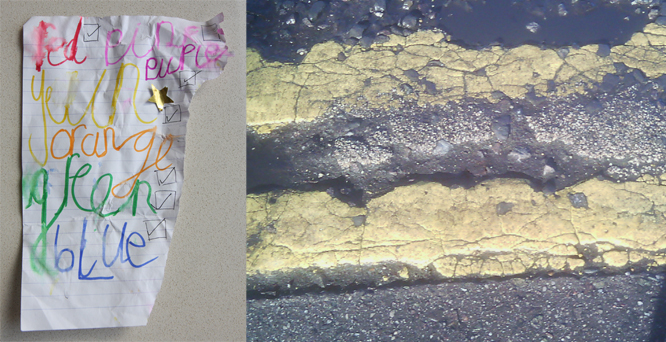 It was a great way to keep her occupied while I did our chores*
Yellow lines, which we'd actually had a big discussion about earlier in the week (I know, it was about as thrilling as it sounds).

For red she got Henry's coat and part of a road sign.

Pink was accomplished by a very instagram-like selfie and she found a very productive market stall. There were lots of bits of shop windows (the blue photo at the top was a shop window) and a good number of near-miss photos of the road while trying to capture a red bus.

I'm going to devise some more challenges for the coming months (or am I just forcing my hobby on my daughter.... hmmm, oh well, she can always say no).

*I was being a single parent for the weekend, which I worry is generally a bit boring for Coco, I tend to take it slower and keep things simple, there is an unmistakeably different pace of life around here when Hugh is away.  I've been trying to sum it up in a separate post, but somehow can't capture what it's like, except that everything is harder than normal, so then I just sound like a right old moaner! Got a solo weekend looming now... better get the next photo challenge ready.
Posted by Alexis at 22:08