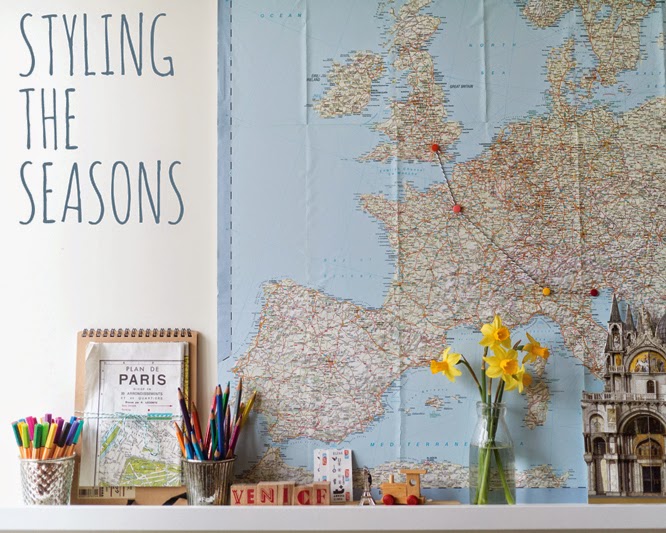 I have spent a lot of this month in anticipation of our up and coming trip to Paris and Venice.

We decided to do this overland trip from London ~ Venice via Paris last year and we were very timely about booking our transport (eurostar to Paris, overnight train from Paris to Venice and flight home from Venice) and then we kind of sat back and forgot that we needed to organise other things, like, um, places to stay.

So this month I've mainly been hanging out on airbnb. But finally we are sorted.

I bought a couple of maps at our local Oxfam book shop and I pinned one up above my desk with our route on - partly for Coco and Henry to be able to start to get a sense of where we are going and partly to cajool myself into getting the rest of the trip sorted. I added the train (the kids excitement about sleeping on a train is almost uncontainable) the Eiffel tower keyring and the metro tickets - from the last time we were in Paris about 6 years ago. My advent calender still hasn't been put away because it's so beautiful I can't believe that soon we'll be standing in front of the real Saint Mark's Basilica.
The daffs from our garden... well, they are just some daffodils from our garden, because, you know, it's March. 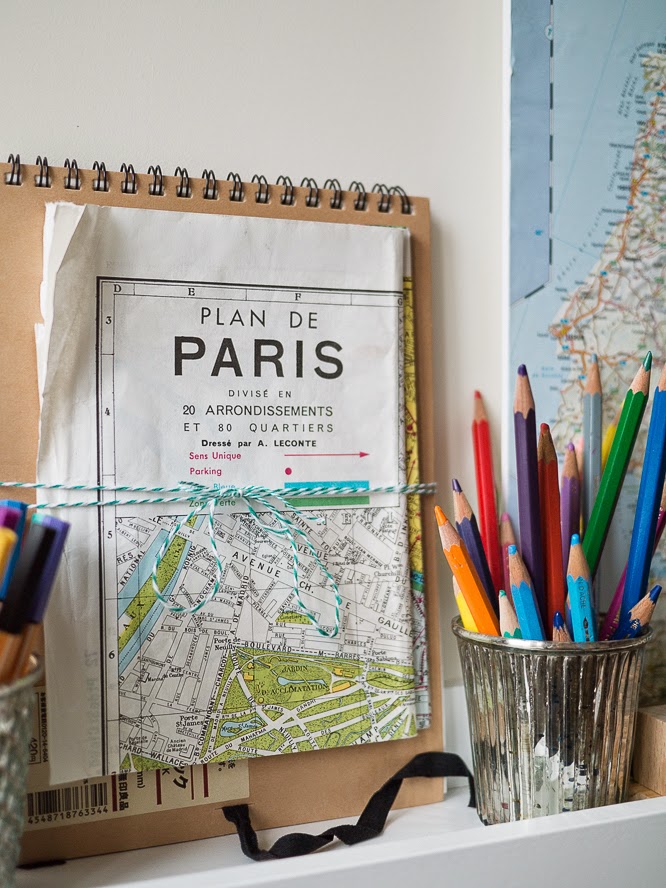 I've got a new sketchbook for the trip ready so we'll be taking lots of drawing things as normal, maybe a few rubber stamps (the ones in the image are some new ones I got from Paperchase). Hugh's sister has also made us each a little notebook too so we'll be encouraging the children to do some sketching too. 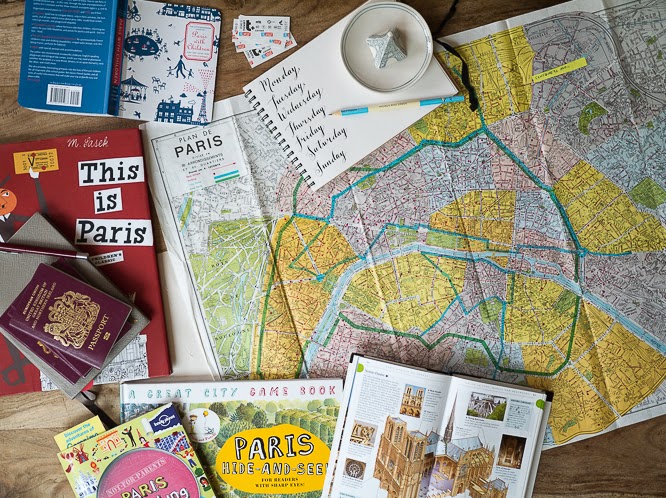 Until I started really researching the trip I was wondering if we were a bit mad having such a city orientated holiday (despite that fact that this trip was really driven by Coco's desire to see these two cities after a school project on Europe last year). But the more research we've done the more I've thought it's going to be fine.
I've got two books on Paris which both have tonnes of great stuff to do - Paris with Children and Around Paris with Kids there is no way we are going to be bored, I think we'll be spending more time in playgrounds than in museums but I'm quite up for that. As long as I also get a bit of time to do some wandering and window shopping.
We are very food orientated tourists - Hugh has been reading the Polpo cook book in preparation for Venice and he cooked a good spread of cichetti which we took over to our neighbours last night. I spent a couple of mouth watering hours reading The Paris Gourmet which made me think that we're not going to have nearly enough meal-times in Paris...

I've also, of course, been doing research in blogland too - both Lori and Fritha have good posts on Paris and Courtney took her four children to Venice last year too. Skye McAlpine wrote a Venice guide on  Design Sponge and has recently written a 'Secret Venice' section on her website.
So although we still don't have a set plan-plan we kind of know what we want to do - and are also happy to see where the mood takes us armed with a bit more knowledge.

So, time to get packing... we leave tomorrow -  but I just had to get my styling the seasons post in before the end of March. Next month will surely be all about flowers and the garden - so except for the daffs it's good to do something a little different! 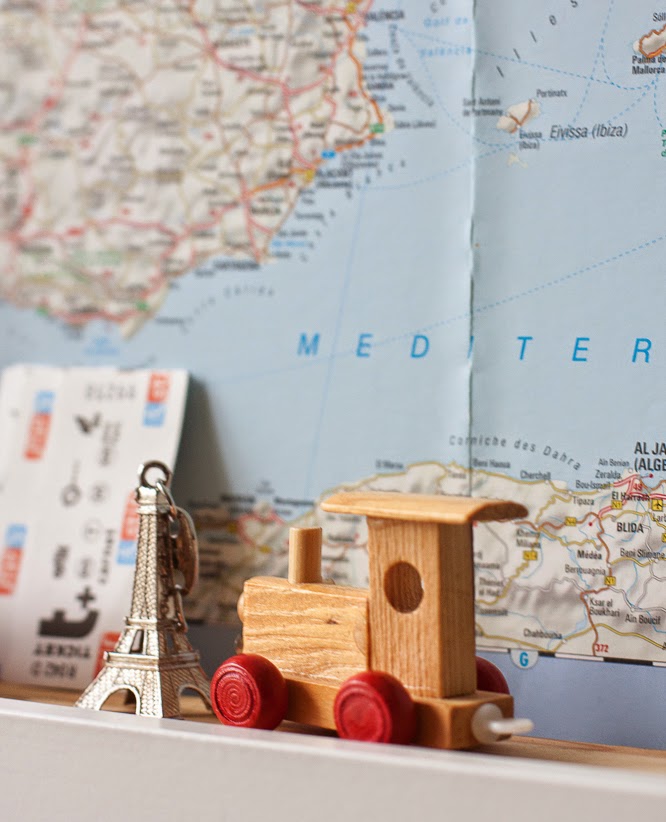 Styling The Seasons is a monthly challenge run by Katy and Charlotte - anyone can join in - just show an area in your home styled to show what the season/month means to you.
#stylingtheseasons
Posted by Alexis at 14:37