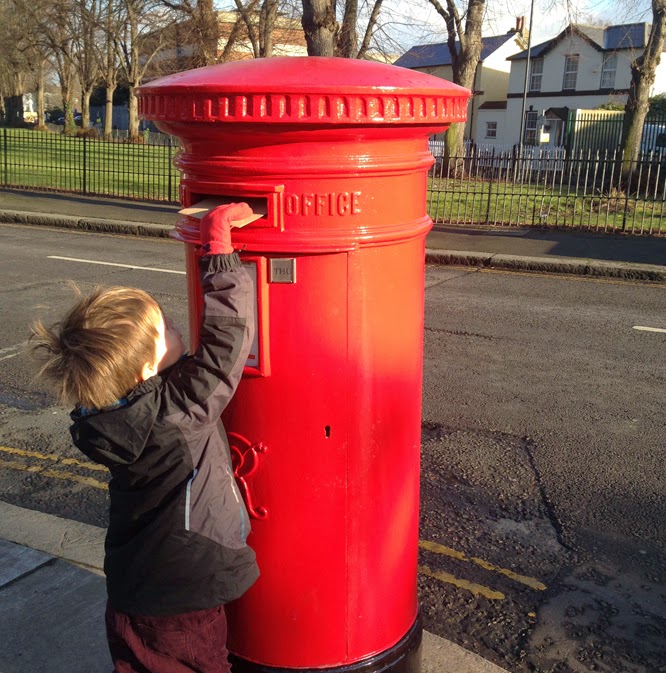 There's been a bit of a snail mail renaissance in our house recently - mainly thanks to Instagram and blogland... 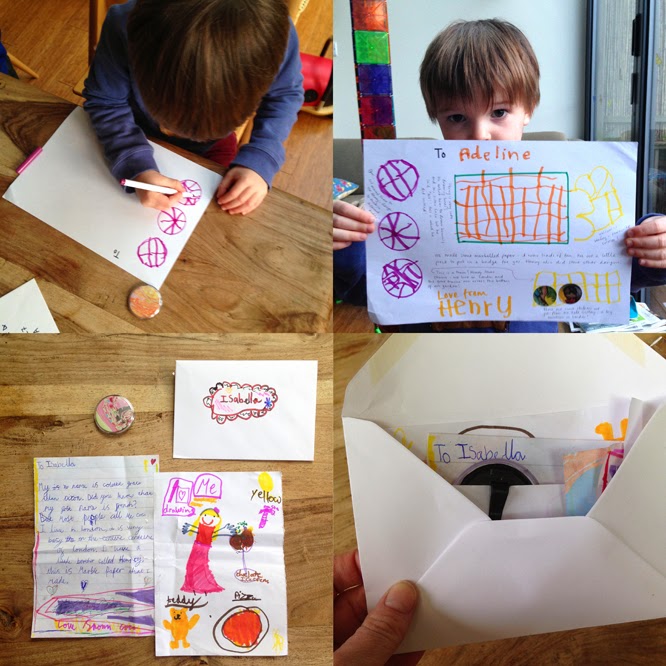 I signed Henry and Coco up to Nell's Little Letters project - so they sent and received some drawings, notes and gifts in the post  - although Henry was quite confused about the sending idea initially - I think he just thought he was going to put it through our letterbox - he got quite into it eventually with his signature line-only style and he was absolutely delighted by the parcel he received from George. Here's a little video of him and his delivery. 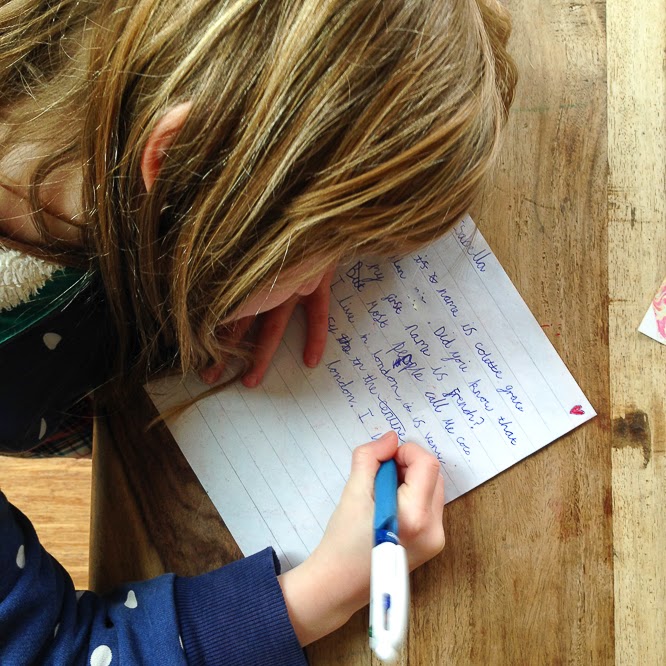 Coco also loved writing and receiving her mail. We had a few false starts and ended up with a completely over-embellished envelope. She stashed her post away in her secret box; she really is a mini-me sometimes which is not entirely a good thing... a hoarder in the making!

Now it's about time I got them to write their letters back... a little project for the Easter holidays?