Some Things From My Absence

While I was ill (a prolonged virus, nothing proper or really serious you understand) and feeling sorry for myself, crawling under my duvet at every opportunity, family life continued.
Unsurprisingly they all just got on with stuff without me... but of course I can't possibly let almost the whole of April and half of March go unrecorded; so here is a little round up. 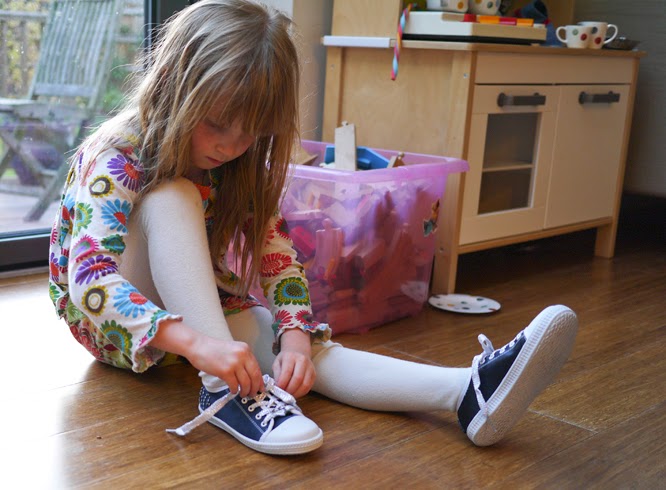 Coco learnt to tie her own shoe laces. She was so patient and practiced over and over again until she got it; then was very pleased with herself.
She also lost her first tooth which felt like quite a milestone. She now sees loosing teeth as her main revenue stream... I think the tooth fairy paid too much and set expectations a little high. 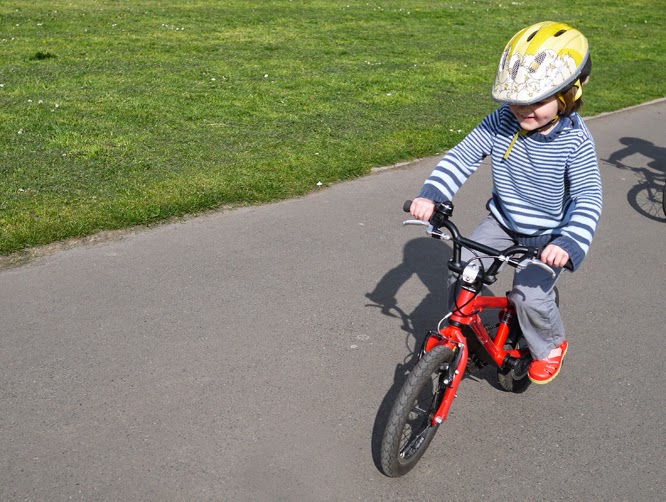 ... and Henry leant to ride a bike!
Yep, slightly unbelievable this one. He has been quite keen on sitting on Coco's bike while I push it for a while and had been going back and forth to nursery on his balance bike so we got Coco's old little bike out and Hugh used his tried and tested trick of holding the seat with a hooked umbrella handle to give Henry a bit of support and off he went. After about a month or so he's finally better at braking... (quite important skill that one) but he can't quite start off on his own yet... getting there. 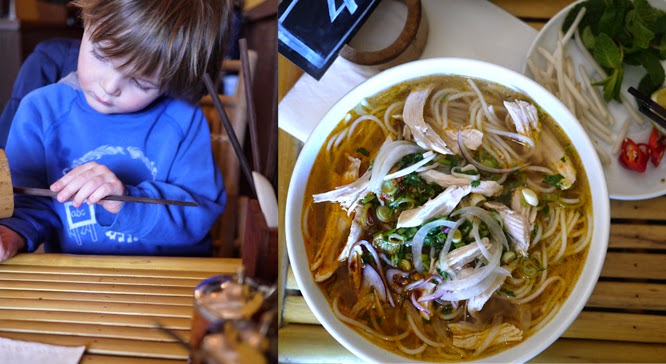 One day when I was feeling particularly in need to spicy food I treated myself and Henry to some Pho from a tiny little local place called Ngon which I'd been meaning to go to for ages. Annoyingly, although it was good, it wasn't quite as good as I was hoping. Henry, despite having his own noodles just wanted to eat mine and then would cry/shriek as they were spicy... but yet still insisted on more a few minutes later. Why child!?

Some days were fine, some felt like I was wading through treacle and I only just managed to feed children and get them to and from where they needed to be, there were quite a few days where I just called out for help from family and friends. 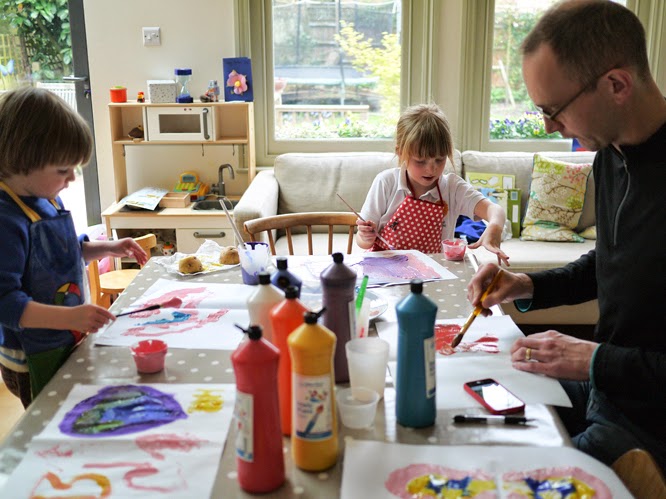 Hugh took over the crafting table... 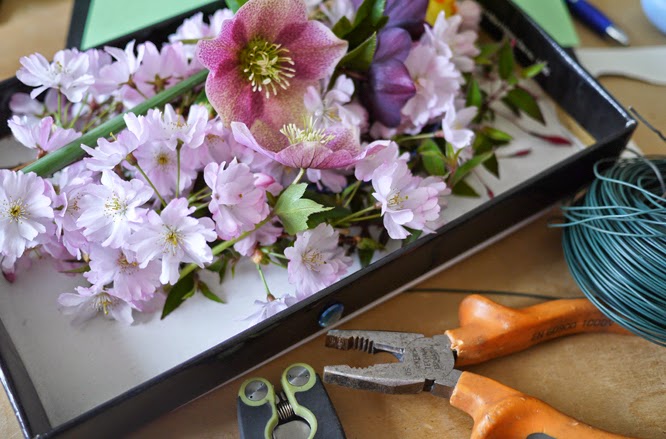 And had to make Coco a flower crown (on my suggestion that Coco should be a flower fairy for a party she was going to). 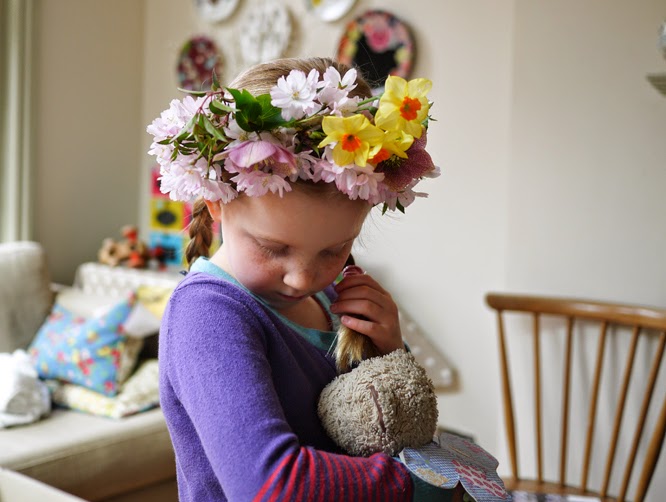 He did a pretty good job. Had I published this earlier I would have linked up with Michelle... 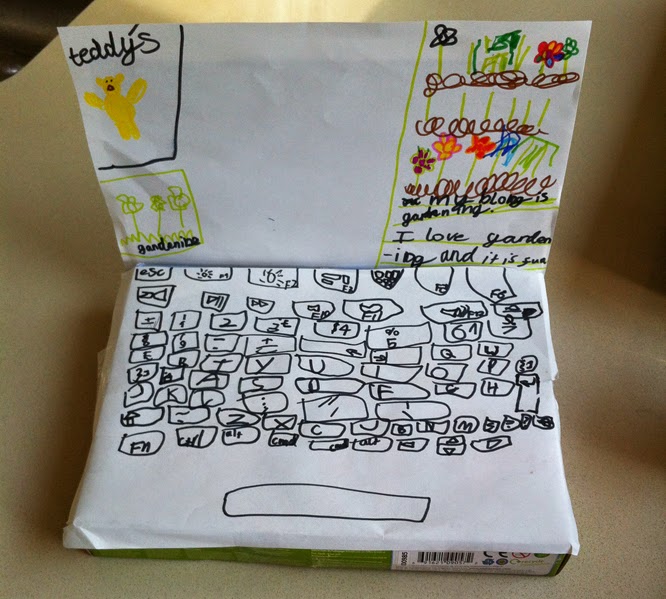 Coco made a computer and started her own blog. It's a gardening blog apparently. She explained the layout to me "it's like on your ipad when you are reading blogs Mama" She's talking about the reader Pulse, she obviously pays more attention to me than I thought; I love her so! 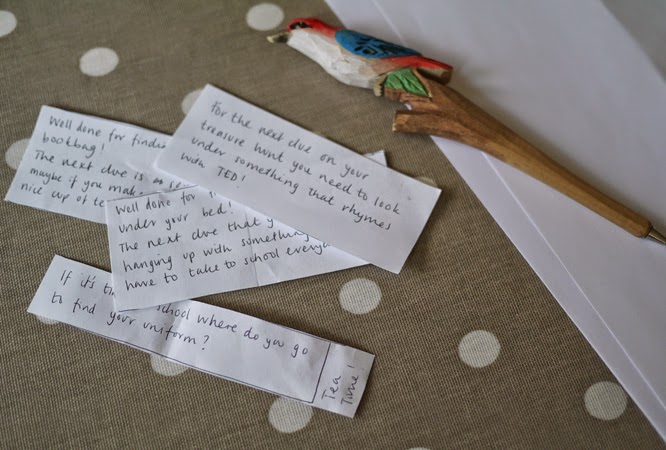 We developed some bedroom based games... Coco did quite a few treasure hunts (well, probably about two actually) which I'd write from my death bed and then hide the clues ready for when she was home from school. 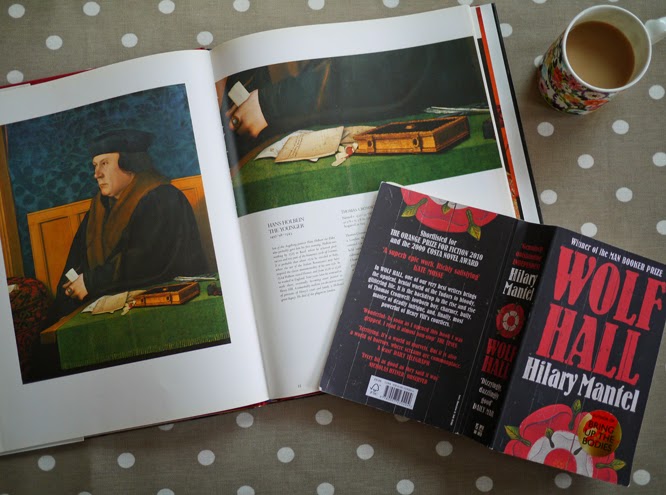 Meanwhile the silver lining of being ill for so long was that I finally managed to read Wolf Hall. Got a bit obsessed with the Tudors; it's one of those books that becomes all consuming for a while.... I kept my book of 'Paintings from the Frick Collection'* close as there are many references to this particular painting of Cromwell, obviously I've got a bit over-used to reading picture books.

* It's my all time favourite museum, if you're asking.
Posted by Alexis at 10:38