Election day for us meant that both the children had a day off while their respective institutions were being used as polling stations.
Hugh and I decided to make the most of it. We had a lazy morning - stayed in our pj's until 11 - or in Henry's case until he wanted to go outside to watch some tree-surgery action so was forced to get dressed. Then we headed out to the Natural History Museum - a rare opportunity to visit it when it wouldn't be quite as crowded as it gets on weekends or in school holidays. I had considered going to Legoland - but a friend warned me that it is really not my thing... something I suspected to be honest - and happy parents = happy children has always been my motto; so we stuck to what we know.

By the time we got to South Kensington it was time for lunch... 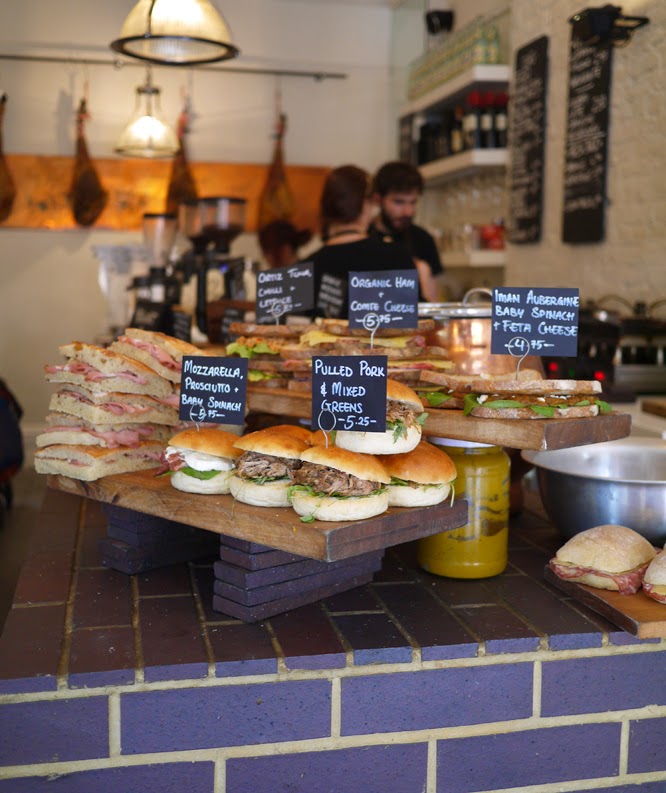 There are some nice options around South Ken, after a little deliberation we choose to have sandwiches at Fernandez & Wells 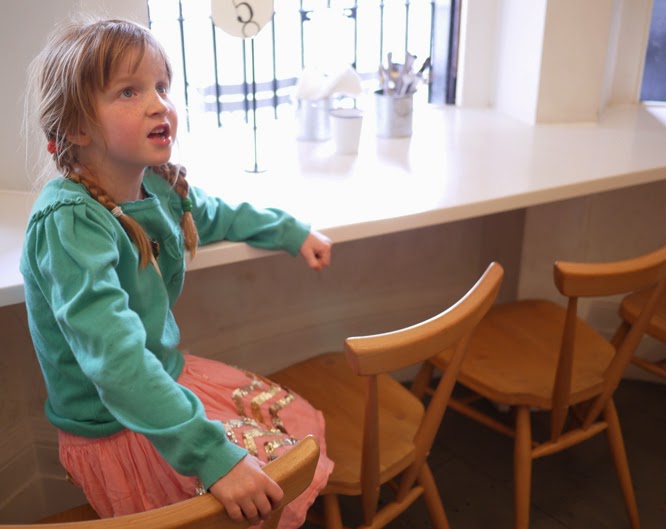 We sat in the window on these lovely Ercol chairs... 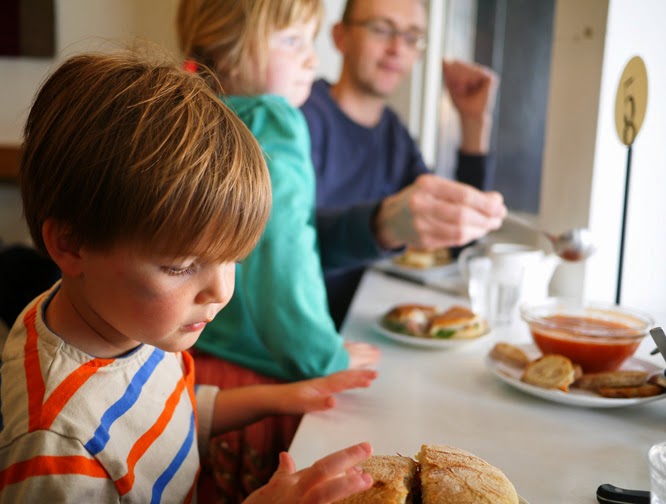 ... and had a selection of delicious sandwiches and a bowl of gazpacho; one of my all-time favourites dishes, and this one was fantastic. So good that I quite fancy popping back there for more now. 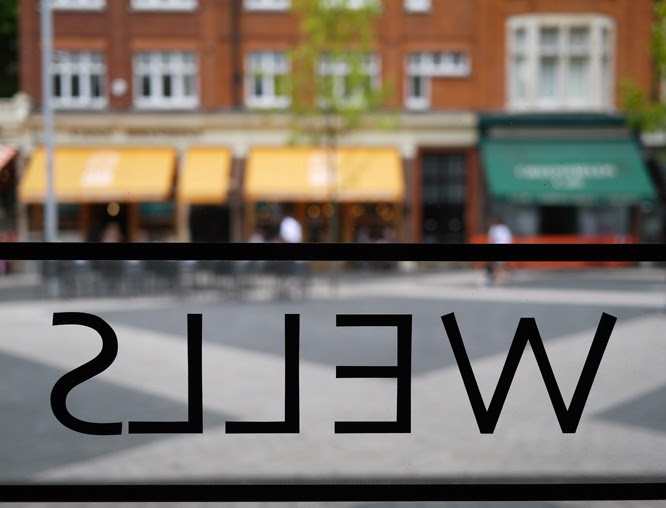 Looking out to our other favourite pre/post museum pit stop - Casa Brindisa. Perfect for a pretend trip to Spain to try tapas. 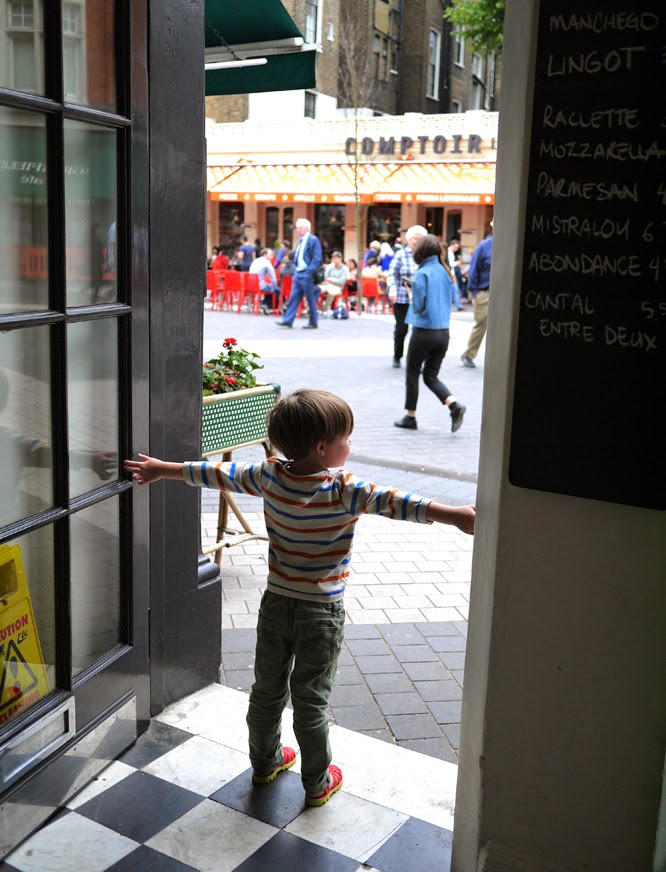 Henry pretending to be a door. Very handy. 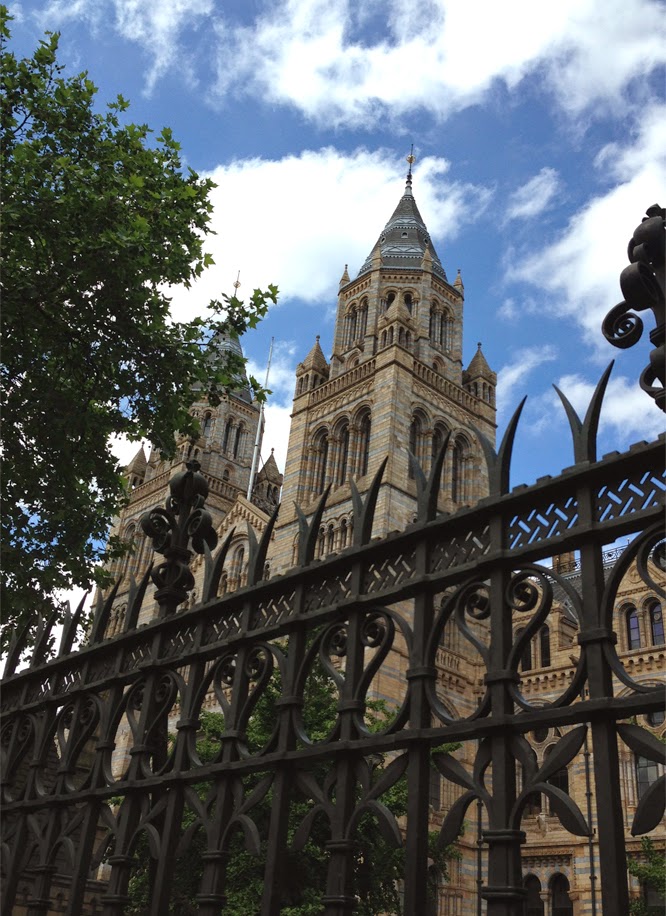 Once lunch was done we wandered up to the museum. 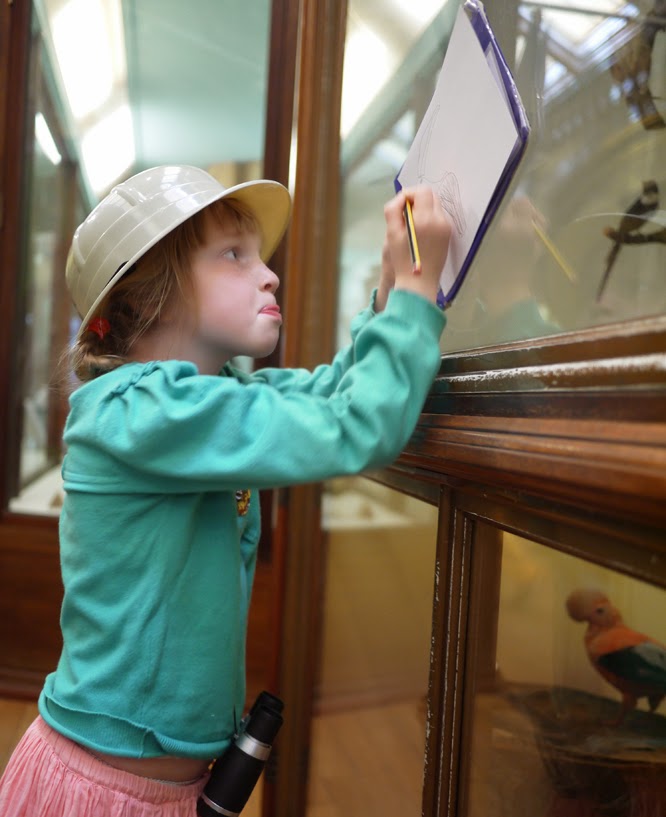 We borrowed an explorers back-pack for the birds gallery where Coco got stuck into identifying and drawing a toucan before moving on to the Dodo - perfect as she her school topic is about endangered animals and extinction... nice cheerful stuff. 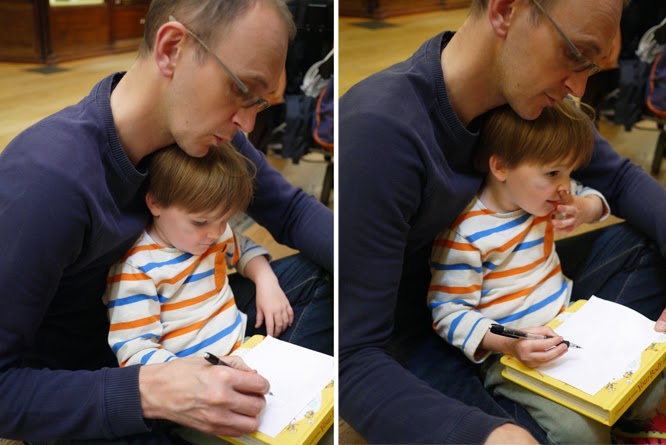 Henry almost did a drawing of an ibis but was quickly requesting a trip to see the moving dinosaur. 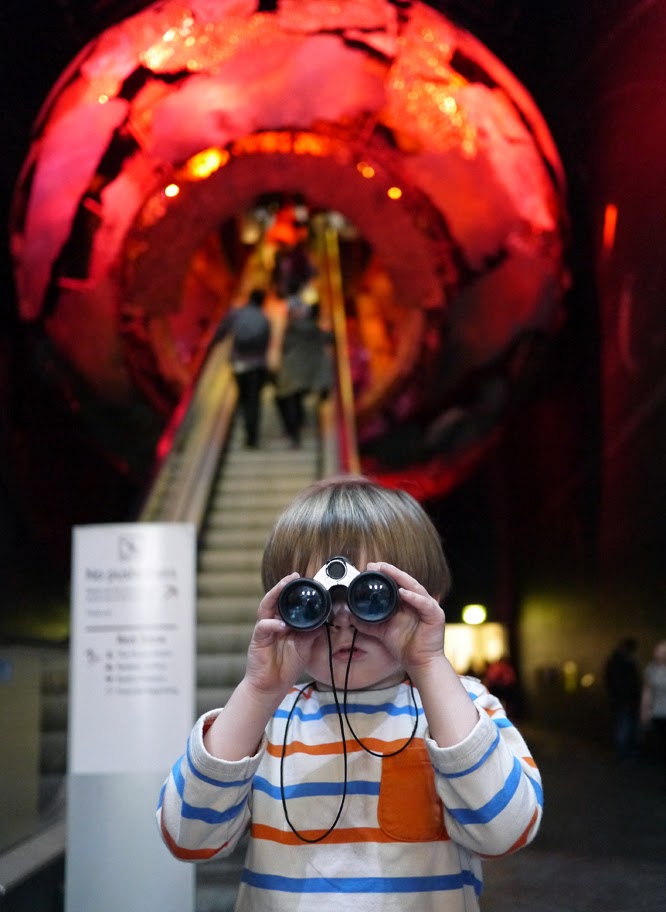 At which point I remembered about the Earthquake experience so we went up to that instead... which Henry LOVED. He didn't quite get it, obvs. 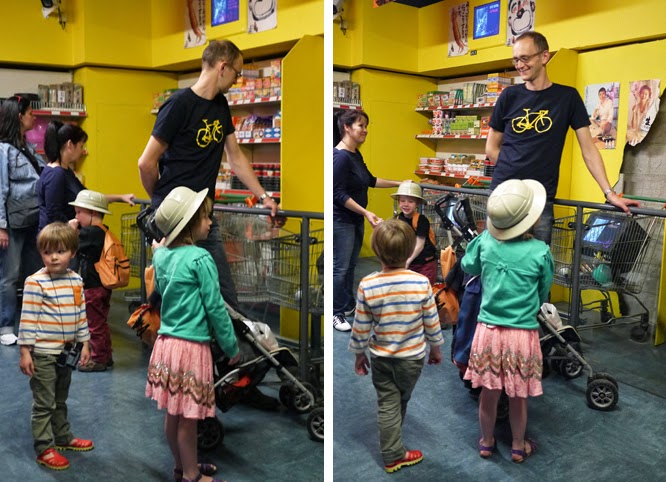 Waiting for the tremours to start in the mocked-up Japanese supermarket.

We did make it to see the T-Rex (with no queues...) "Hello Mr Dinosaur" Henry said... before it was time to hot-foot it back west for Coco's swimming lesson... our weekly trip to Syon park where we also popped into the garden centre and got ourselves some new strawberry plants and a load more salad and bean seeds. 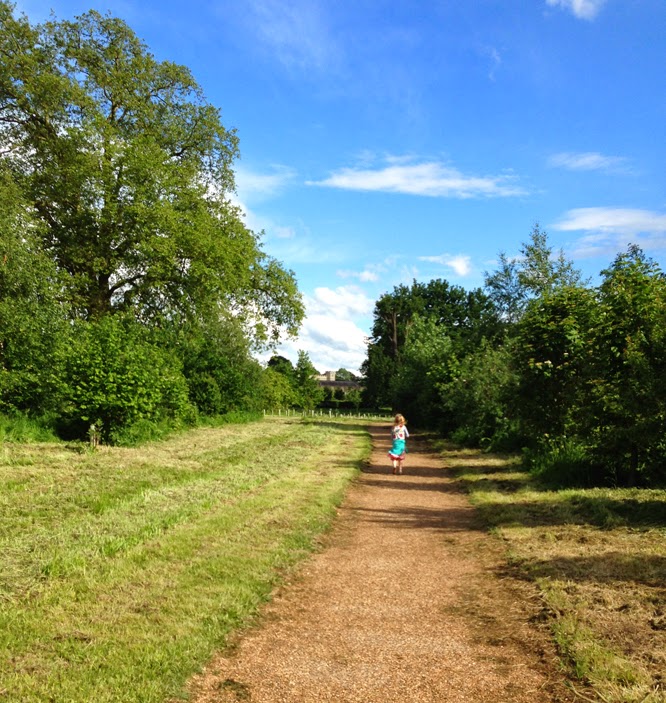 And then once the children were in bed it was off to school for us to cast our votes.