So we've been experiencing some proper summer weather here in the UK (she says, just before it all goes pear-shaped). Last weekend was gorgeous and coincided with a very low key weekend with no real plans and no monthly bad moods. Miracle.

On Saturday we made the most of our Kew Gardens membership and had a picnic there. Even on days when there are queues all the way down the road you can still find a peaceful spot if you venture off the beaten track. I didn't actually take any photos, was too busy having a snooze in the shade while the kids moved pine cones around... 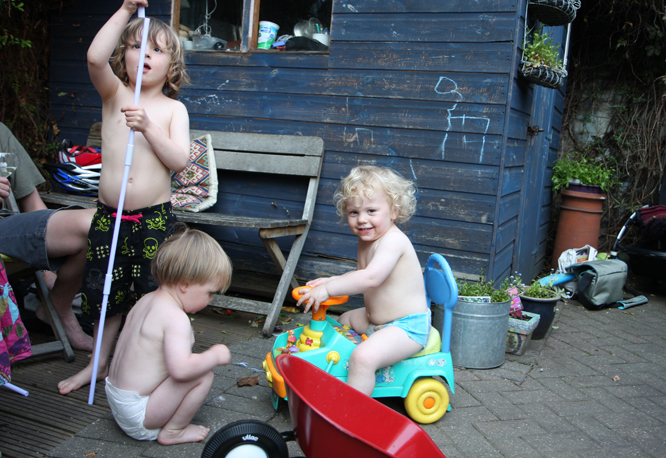 Then we headed to our friends house for their two year olds birthday party. That's the birthday boy with the blond curls. Now you may think a two year olds party doesn't sound like fun... but when the two year old knows film directors and people who design swimwear for Lana Del Rey, and serves Pimms (well, his parents do) then it's a different story. The invitation was 3-5pm, but somehow we ended up being there until 8pm, I blame the aforementioned Pimms and vino that came out, which also might have had something to do with the marathon game of musical statues (we started playing when the four year olds complained at the lack of party games). The judge was so soft that no-one ever seemed to go out, my friend and I were attempting our best Beyoncé impressions. I'm sure we were dead-ringers. 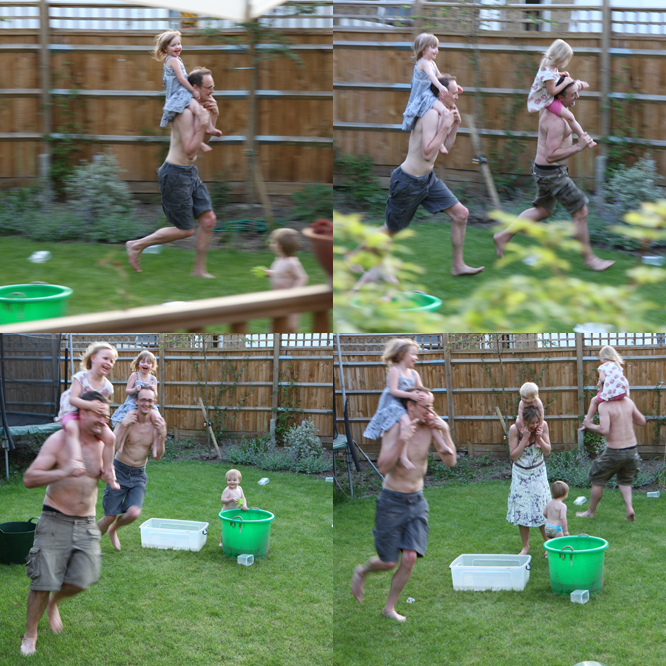 Sunday we all biked to the river/playground/farmers market (so far, so cliche)... then we had some friends around in the afternoon and we sat in the garden and tried to keep as cool as possible... and by about 8pm we'd had enough food, wine and cooling off to all behave very foolishly with a child each on our shoulders, as poor Henry was getting left out while I took photos above, I had to just join in instead.

A couple of buckets and some water. Simple pleasures eh
Apologies for all the bare-flesh photos - especially of the over-fives. Normal grumpy blogging will resume shortly!
Posted by Alexis at 13:17