A little French place I know...

We have an occasional Friday ritual of going out for a family supper. Hugh and I get to enjoy a glass of beer or vino and we are normally still home by about 8pm but with no clearing up and children who are happy to be tucked straight into bed.
It's our idea of a Friday night out.

Most often we go to Franco Manca (one of my top two pizza places in London; the other one being Malletti in Soho) or our local pub. 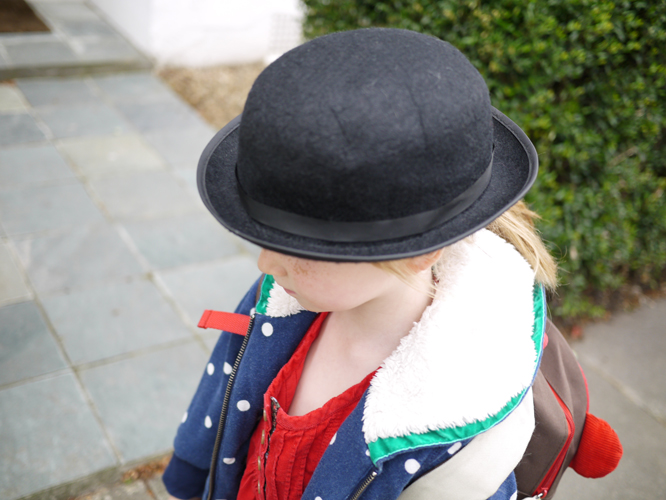 But last Friday we set of down the road to try somewhere new.
(Oh yeah, and Coco insisted on wearing her bowler hat. She is going through a hat phase.*)

Whenever I get the bus to or through Hammersmith (about 10 minutes from our house) I end up staring out of the window at this little French creperie opposite the bus stop called La Petite Bretagne.
Now, I do love a proper French crepe, made with buckwheat, so after WestLondonMum tweeted about the place last week I suggested to Hugh that we meet in Hammersmith after work on Friday.

Me, Henry and Coco got on the tube... 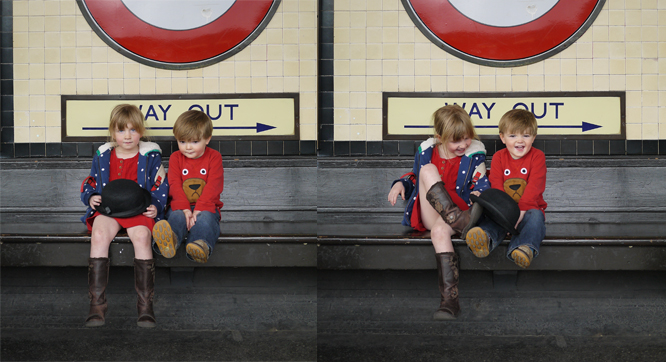 We traveled without a buggy for once - which is quite a liberating experience after nearly two and half years... but can also get quite hairy when you:
a) have a toddler
b) and the toddler loves trains
c) ...and refuses to hold your hand
d) you're a blogger who feels the need to document everything
e) you also have a scooter and a five year old 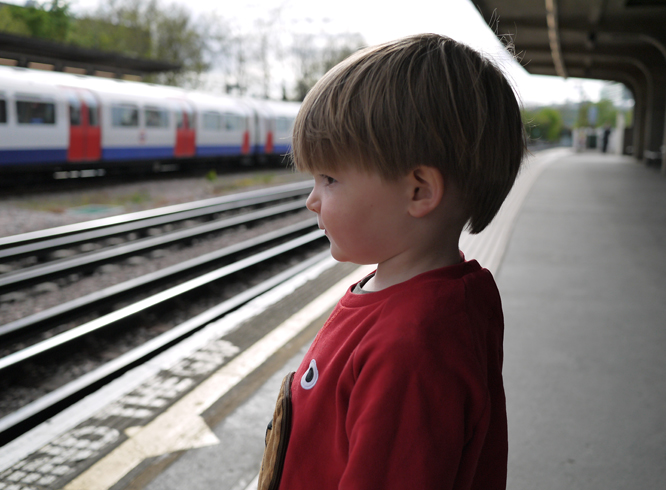 I think our journey of four tube stops took longer than Hugh's nine-mile cycle from work... but it was all part of the fun.
The tube is raised and we get a good view of all our playground haunts along the way which Coco and Henry gave a running commentary on. 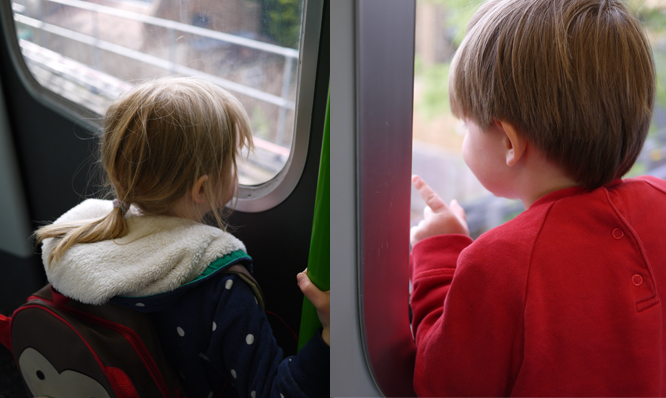 Coco: "My old nursery school"
Henry: School! School, SCHOOOOOL!"
Coco: "There's the paddling pool!" (Ravenscourt Park) "We used to go their with Sam!"
Henry: "No water in there, no water, WATER!!" 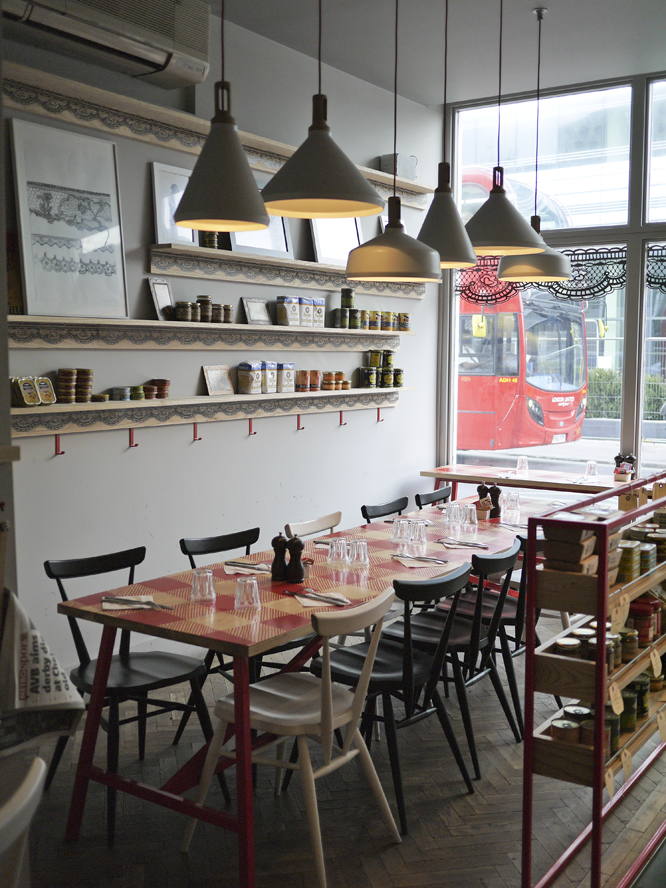 We looked like a bit of a circus family with Coco in her bowler hat and Hugh in full lycra... but the two French ladies/girls at the helm took it in their stride and we made ourselves at home ordering three delicious crepes to share. 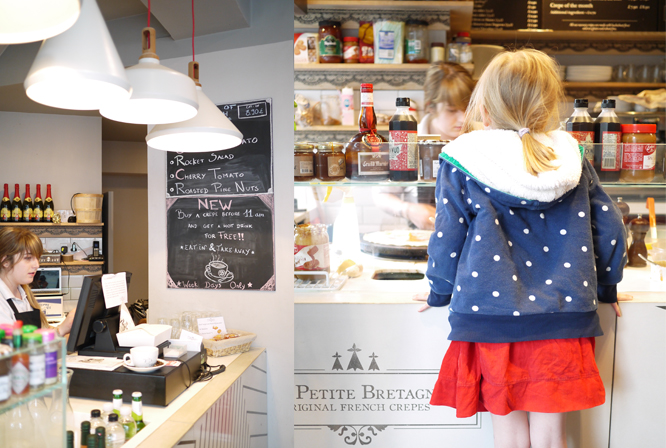 Coco checking that she was getting the correct amount of Tunella (that's nutella to you and me) on her pudding crepe. 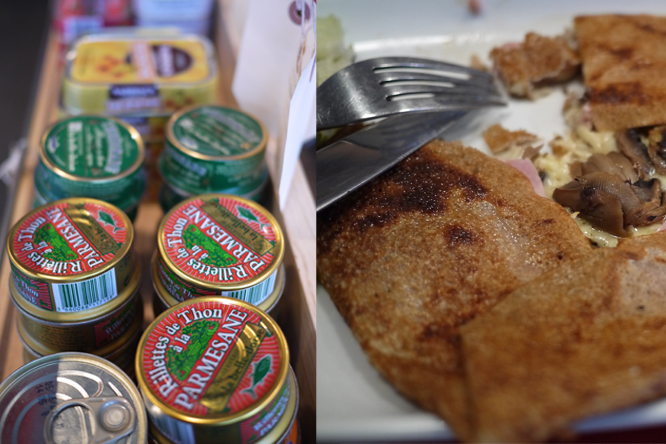 They also sell a few beautifully packaged deli items - including a jar of salted caramel, the ingredient de jour it seems... I resisted as I don't think a jar of caramel would last very long in this house.

Had Henry not decided to be sick mid-meal then it really would have been a 100% success. As it was I'll have to mark it down to only 88% successful.
(He was sick after gagging on a sticker he decided to put in his mouth... we did manage to contain the event and clear up swiftly after him, I think, and he still went on to enjoy his pudding. Hugh of course got to cycle off home leaving me with the slight sicky smelling toddler on the tube home, but I'd had a glass of wine so I didn't care too much...) 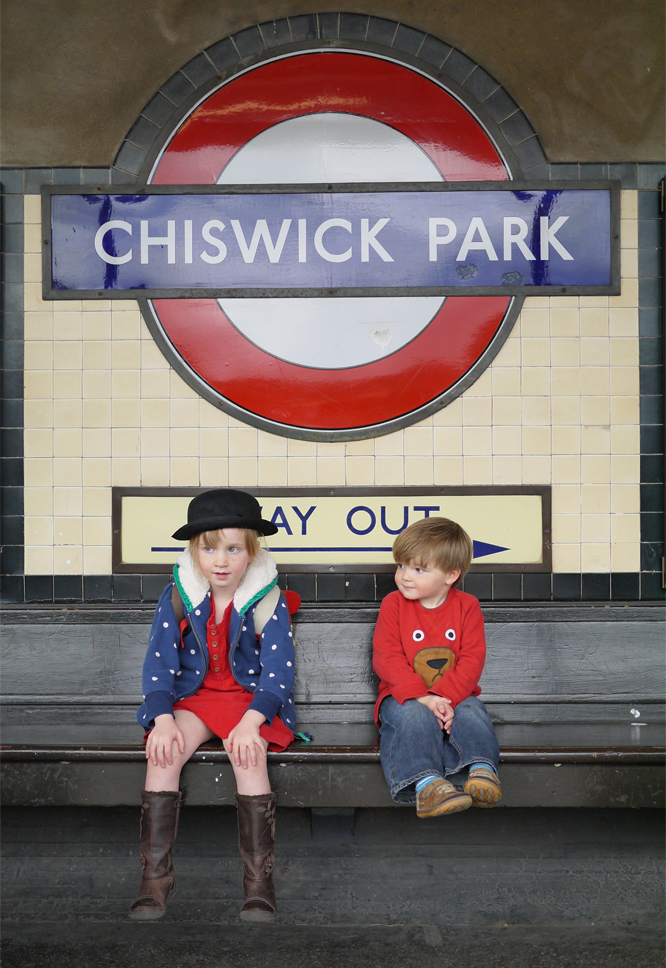