A Chest of Treasure 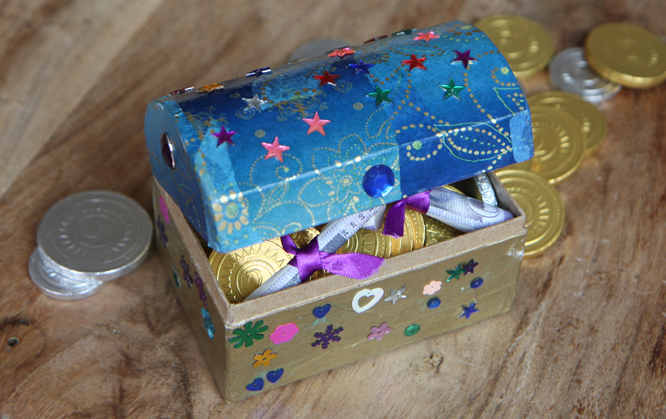 On Sunday we finally delivered this wedding present to Hugh's brother and his wife. Only one year late... Maybe we should have just called it a first anniversary present, afterall it was mostly paper (with a bit of chocolate thrown in for good measure). 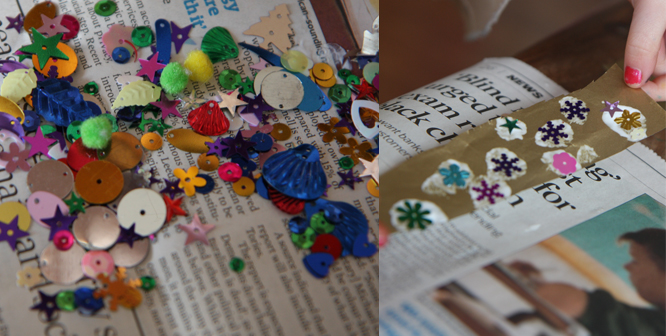 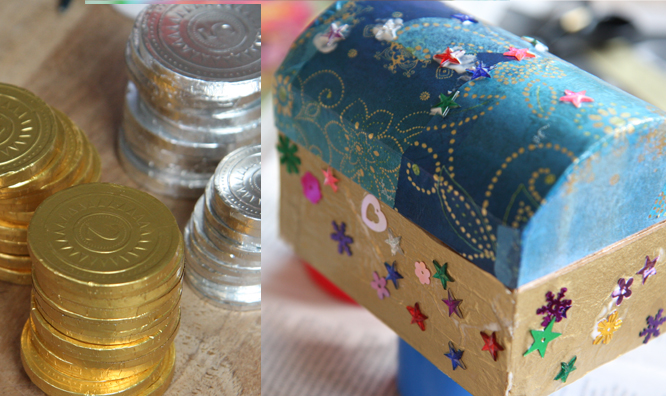 The chest was bought from a craft shop near us and then me and Coco decorated it with tissue paper, jewels and some pretty off cuts of wrapping paper that had been hoarded away exactly with a task like this in mind... 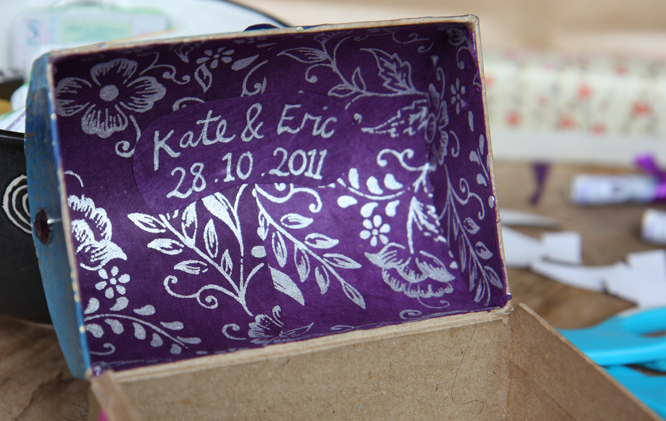 It was a very fun little project to do with Coco - although of course she was just on her best behaviour as she was angling at getting hold of some chocolate coins for herself. 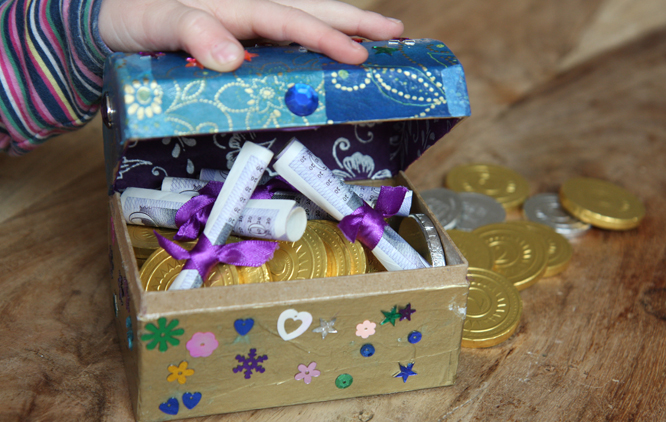 Quite a nice way to give away a few quid I thought!?
Posted by Alexis at 09:30

Labels: Homemade Gifts and Cards, Homemade Stuff, something i made